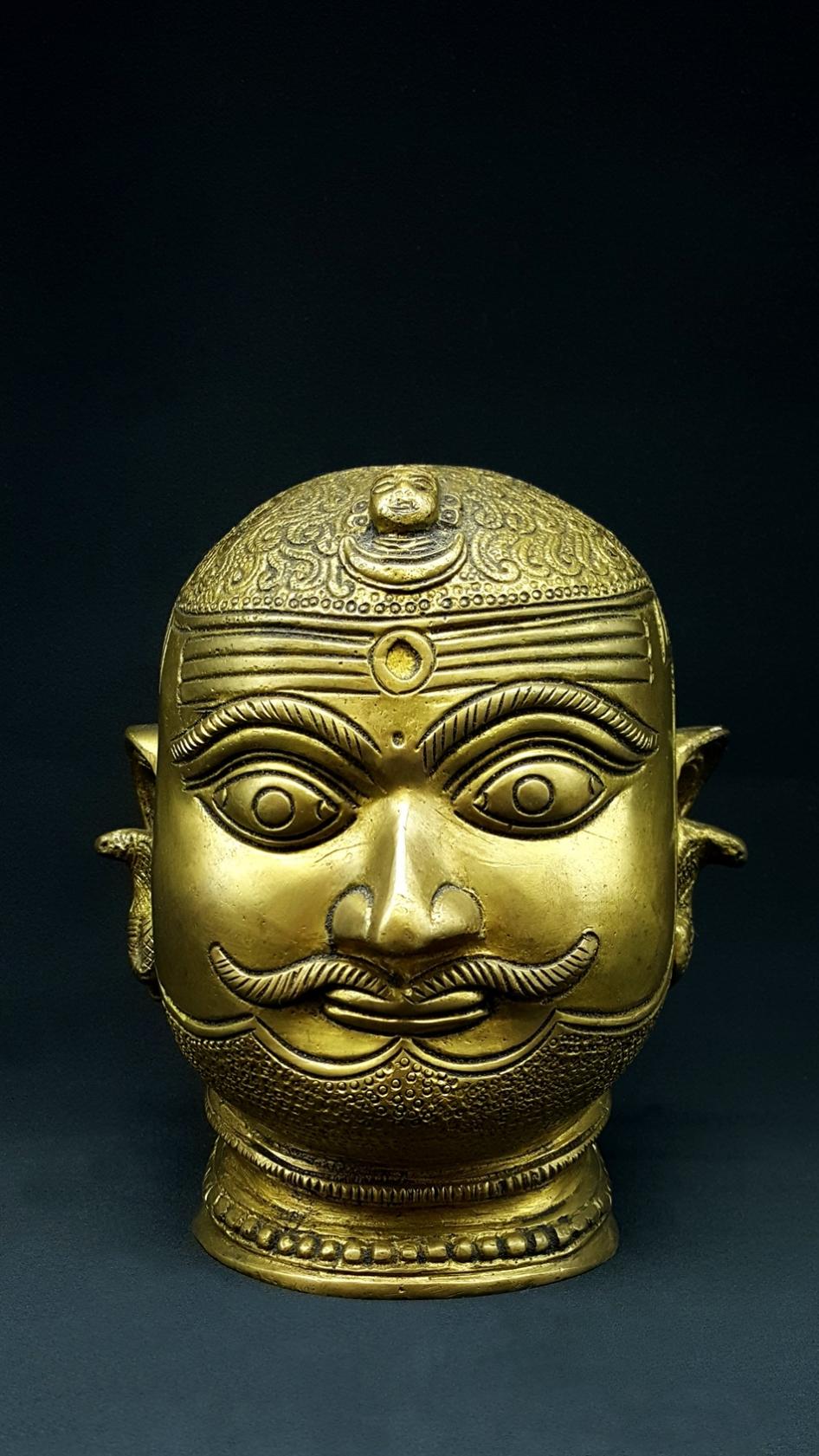 
Magnificent statuette representing the head of Shiva in the form of a Mukhalinga, literally lingam with one face and which can be used to cover a Lingam. More... 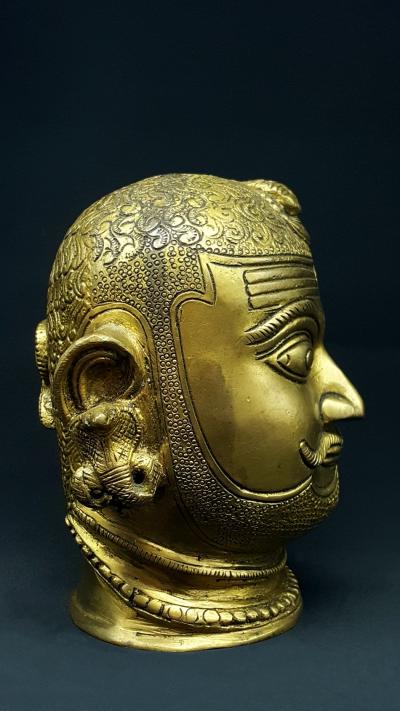 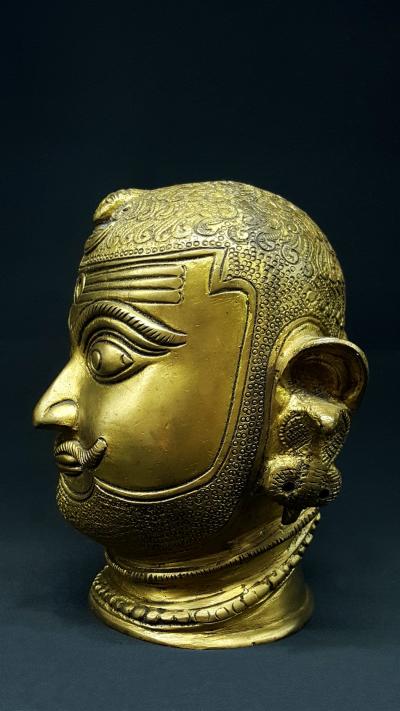 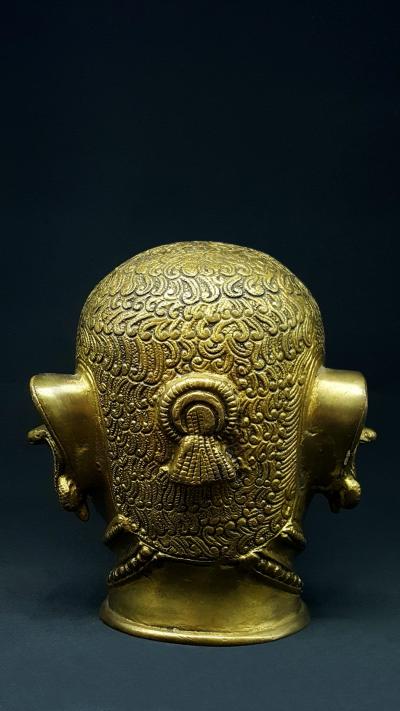 A normal linga can be transformed into a mukhalinga by covering it with a kavacha ("armor"), a metal cover carved in the shape of Shiva's head. It can contain up to 5 faces (carved in the 4 directions plus one towards the sky): each face can represent a different aspect of Shiva.

The original linga is an abstract form of Shiva: the phallic form is associated with the Yoni, representing the feminine element: the two being totally inseparable. This symbol represents Shiva in his closest form to the absolute: no attributes, no qualities, a very pure form.

Then during the Kushan era, lingas started to be sculpted with Shiva's faces and then the Mukhalinga appeared around the 8th century A.D. to preserve the power of the linga.

The Mukhalinga can be made of metal (sometimes with precious metals) but also of stone or wood.

Some devotees also believe that the face allows them to see and be seen by Shiva.

Shiva is easily identified with the third eye, which represents the incandescent fire of consciousness that destroys all illusions, the ignorance that keeps us in ego identification. His eyes are exorbitant, symbol of his wrath or his clairvoyance.

His forehead (in his hair) is adorned with a crescent moon which symbolizes the cup: it contains Soma, the liquor of eternity, but also embodies the immutable cycle of death and birth.

His ears are adorned with a cobra, symbolizing regeneration and the latent energy (Shakti) that lies dormant in us, available for our transformation.

The whiskers are also a characteristic of a Mukhalinga.

Beautiful work of chiseling for the hair with the presence of a bun and the beard in necklace. 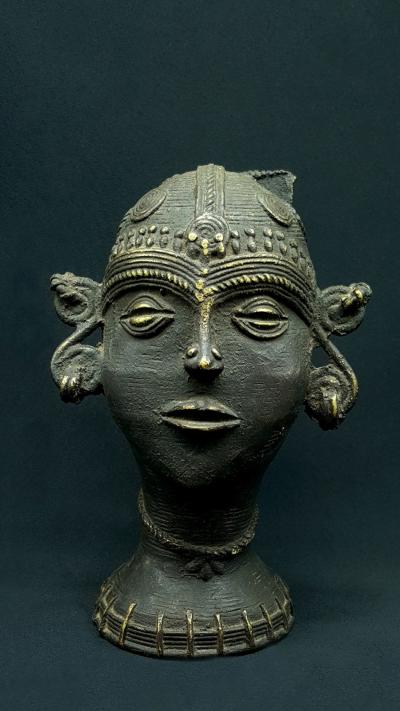