The protector of the universe 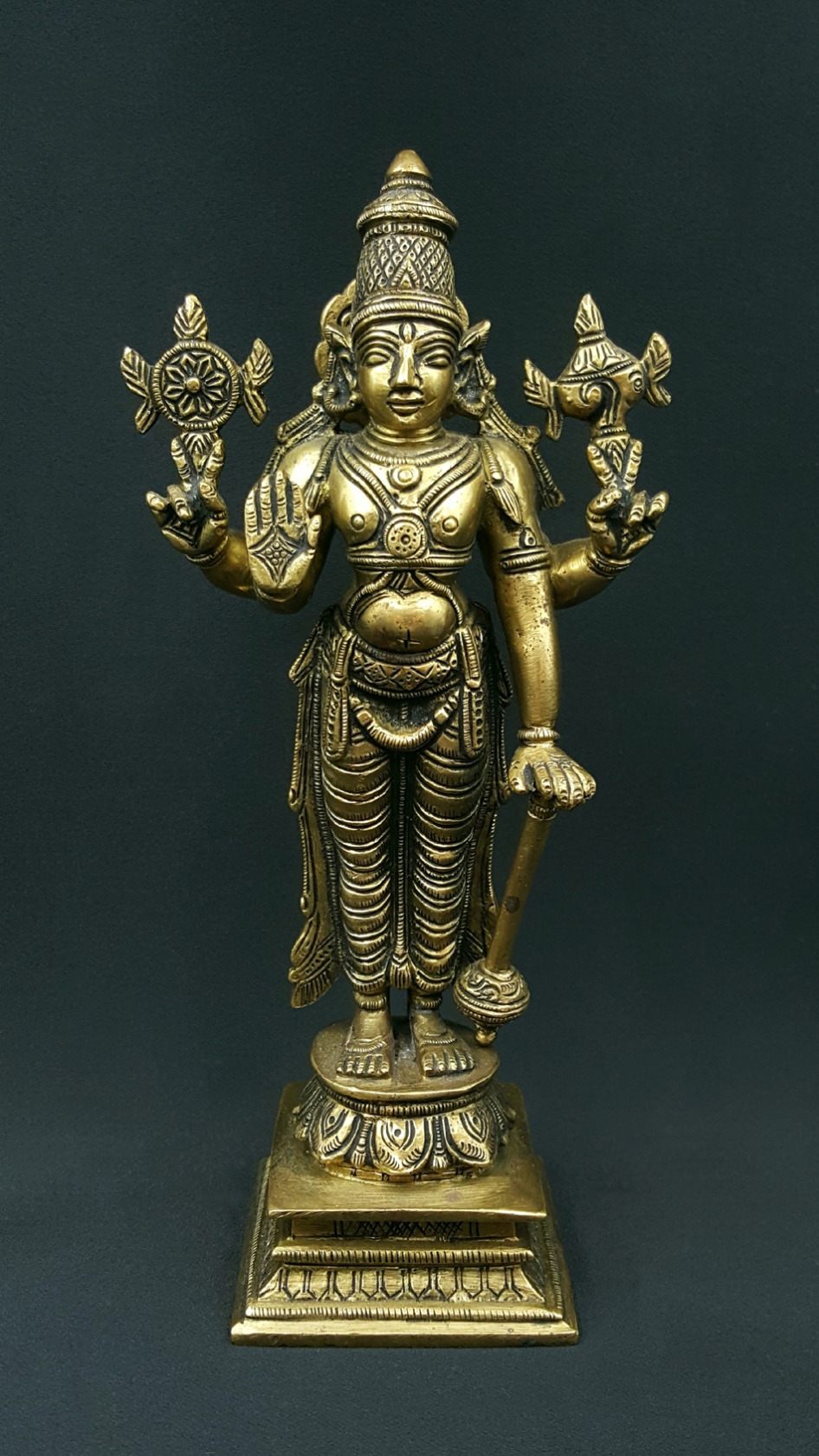 The protector of the universe


Vishnu, defender of the Dharma: he is the One who protects, allows life to unfold. Statuette executed with great finesse, many details perfectly chiselled. More... 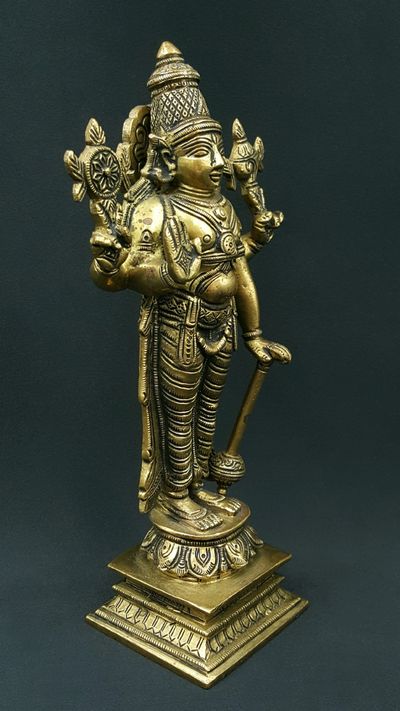 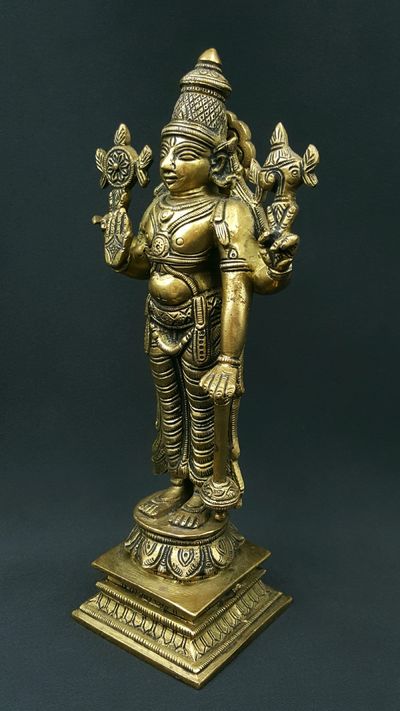 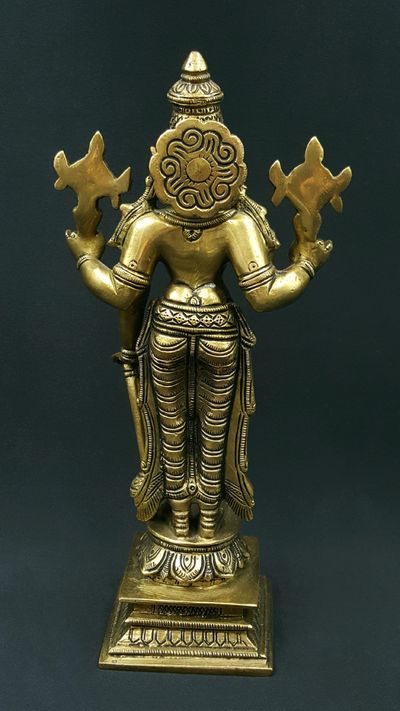 Vishnu in the Hindu pantheon represents the second aspect of the trimurti (with Brahma and Shiva): Vishnu is the One who preserves, protects, sustains life. He is the guarantor of order that allows everyone to flourish. Attentive, benevolent, he does justice, ensures peace and can also prove to be a formidable warrior if need be.

Posture Standing - in the posture called Samabhanga, without bending, attitude of the pillar, immutable. Here Vishnu takes his sovereign form. He is serene, calm.

Gestures Left side, arms folded, the hand holds the conch. His other left hand rests on his club in a regal attitude. The right arm, bent elbow, holds the disc while the second right hand makes the gesture of protection, of absence of fear.

Base The gods never touch the ground: the earth is the domain of beings of flesh and blood. Padmapitha - the lotus symbolizes the maternal breast (origin of life), wisdom: the knowledge which leads to awakening, purity (and therefore the transformation which allows the expression of beauty in a marshy environment), peace .

Clothing Sacred cord (yajnopavita) - single belt - belt (Katibandha) formed by a wide band falling on each side of the legs enhancing his royal appearance.

Jewelry Richly provided with bracelets, necklaces, one of which is set with Kautsubha, a gem that symbolizes all wealth.

Attributes and weapons Discs or wheels (chakra): symbol of light and sun, of knowledge which destroys ignorance and the mind. The conch shell is connected, with the primordial breath, the origin of life. Its spiral shape symbolizes infinity and expansion. The disc and the associated shell are the attributes essential for the emergence and maintenance of life. The club represents physical force, even if it is primitive, it is at the service of the spirit.