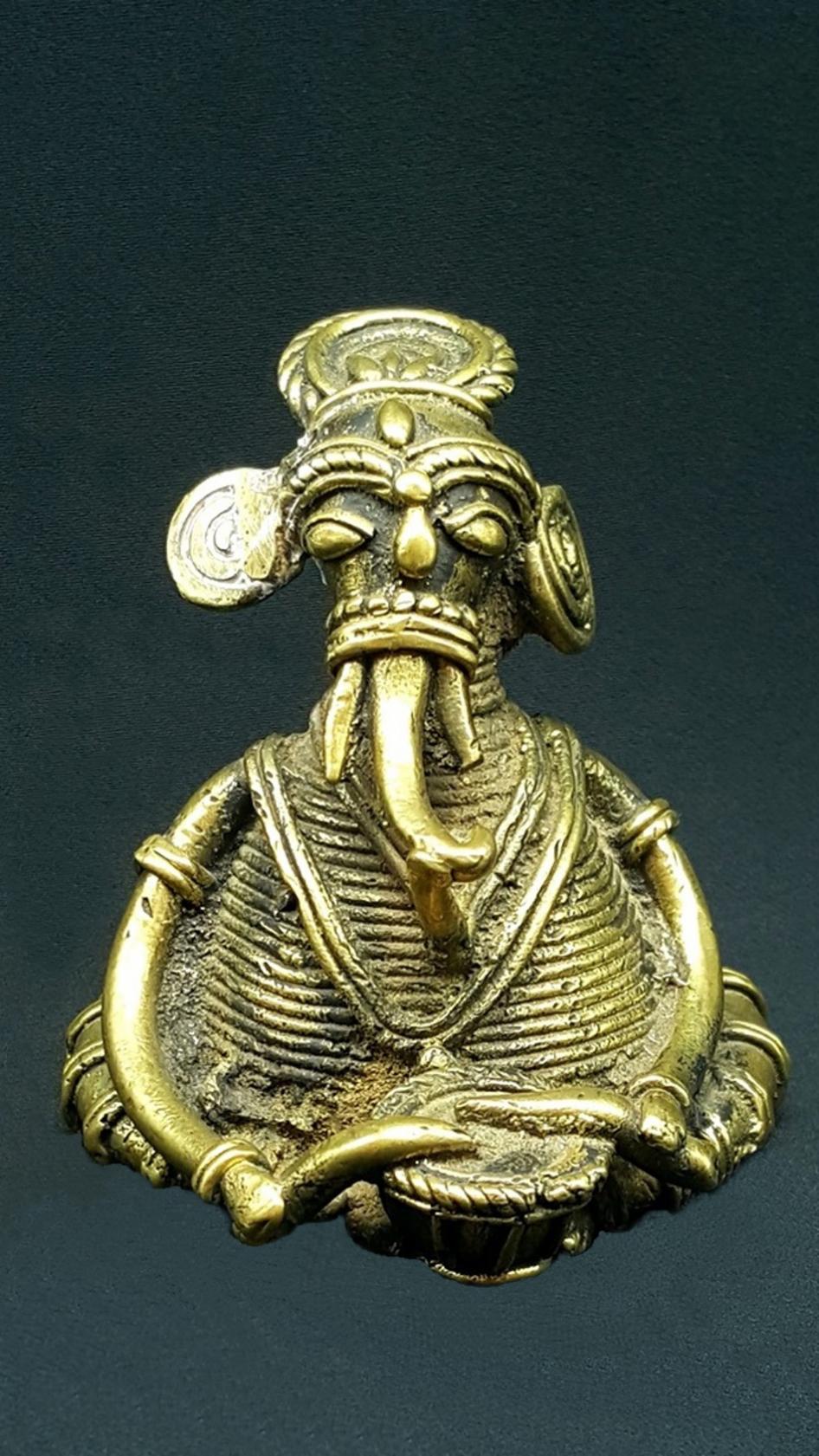 
In this tribal statue, Ganesh is represented sitting on the ground, his 2 legs barely visible, whereas in traditional Hindu sacred art, the deities are always on a pedestal! More... 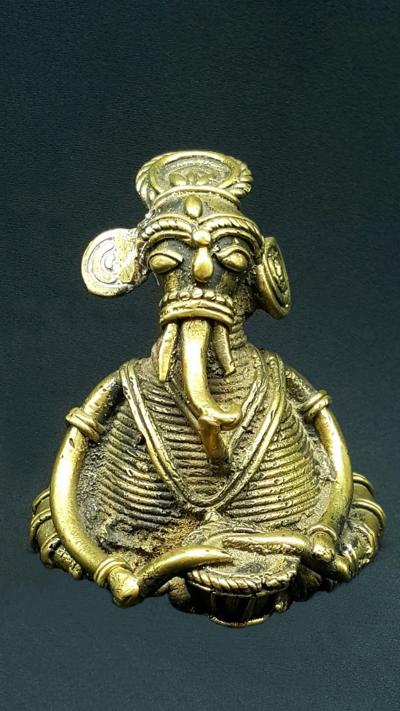 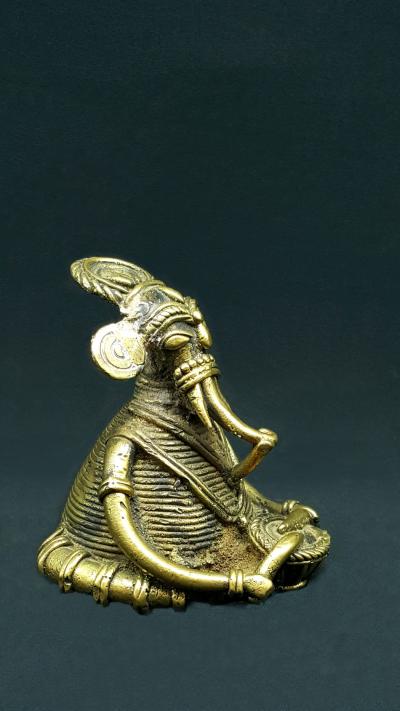 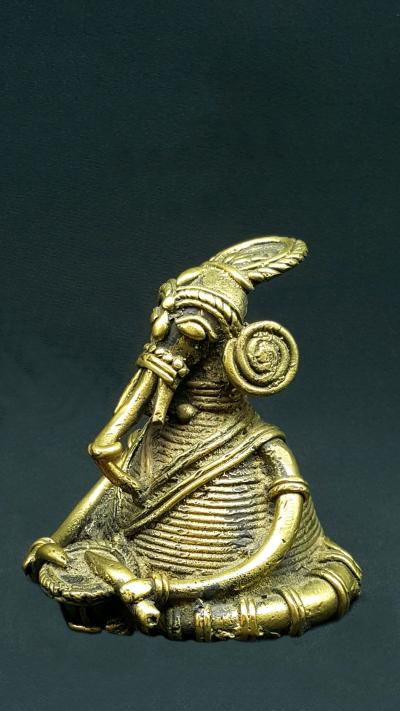 Ganesh's belly is the dominant aspect of this sculpture: so although it is always big because it is the centre of vital energies, it takes up all the space here. It totally symbolizes anchoring, presence here and now, stability (so much so that it rests on the ground!).

Gestures Ganesh practices the Nagara, a drum in the shape of a cauldron, which, unlike the Dholak, is played with two sticks.

The particular technique of making Dokra art can be seen in the transverse lines of the belly and the ears, which mark the use of wax threads.

Note: in tribal art, Ganesh is not always wearing his mount: the rat.