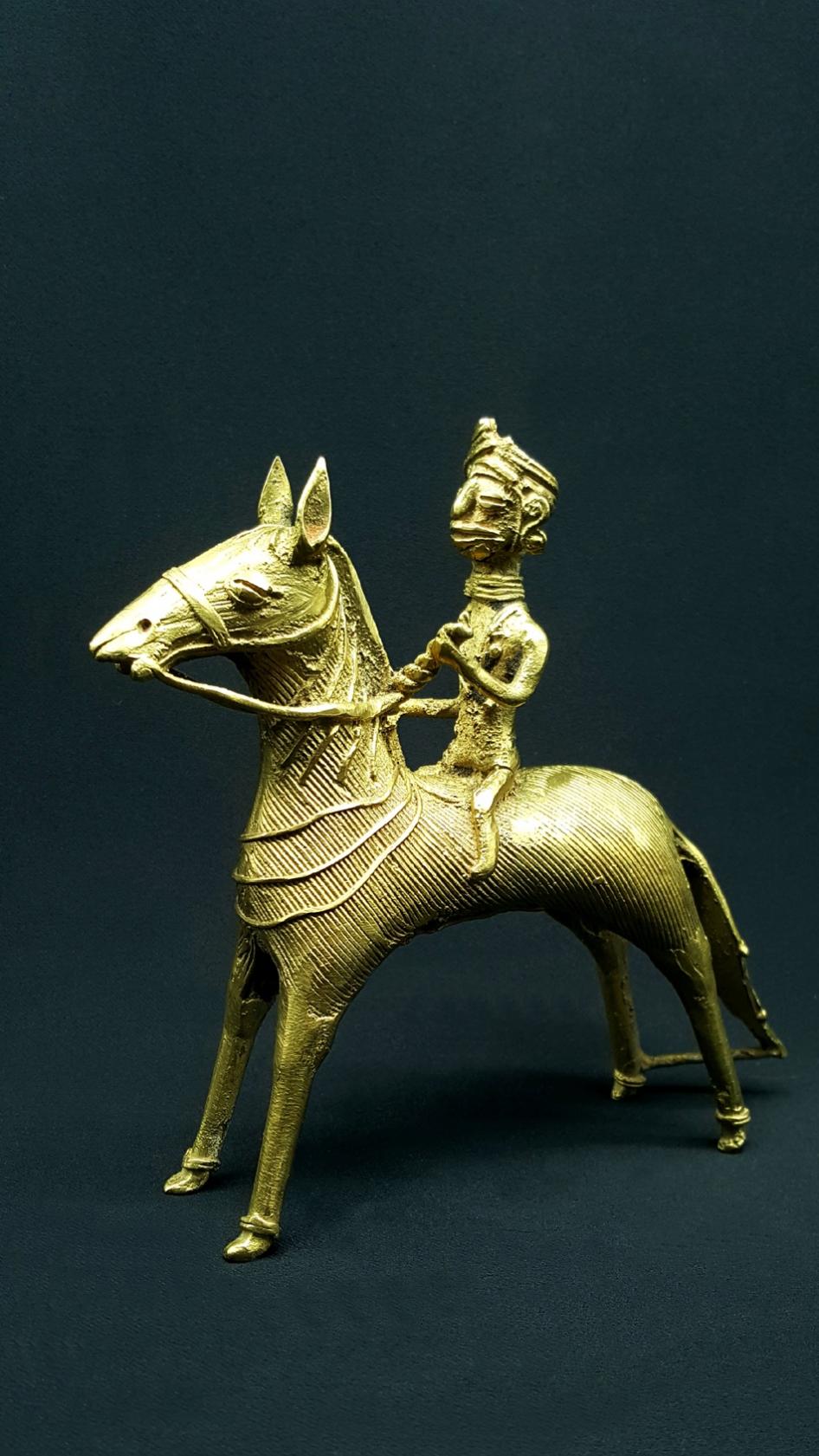 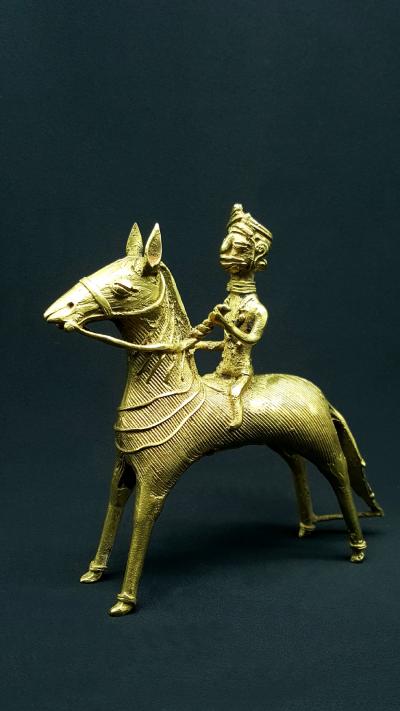 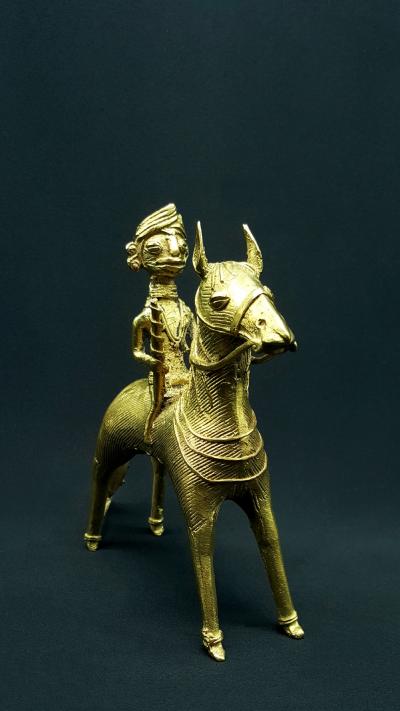 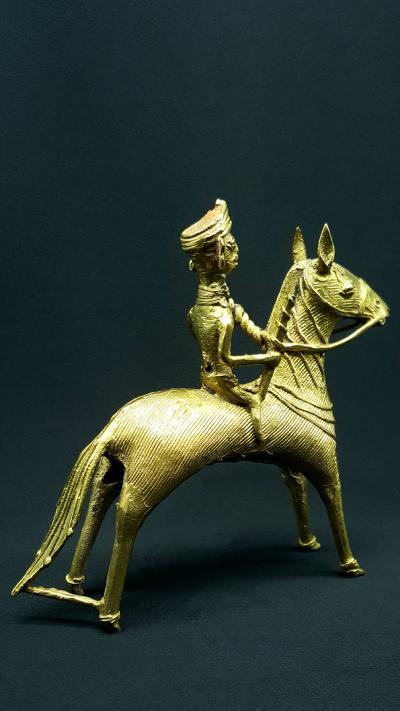 The rider although holding in his hand a scepter showing his position of command and leader in the community is dressed simply: a loincloth, a turban. Jewels are present but in a very discreet way.

The horse is well-proportioned and is much larger than the man whose legs appear very small. The ears are proudly erect: one feels a lot of nobility in this animal.

The whole of this statue reflects tribal life: a lot of simplicity, dignity (the man stands upright in the middle of his horse's back) and a great importance given to animals. Harmony with nature holds a primordial place among the animist tribes in India who cannot conceive of nature as their own. They form a whole with it and this sculpture marks this strong bond.