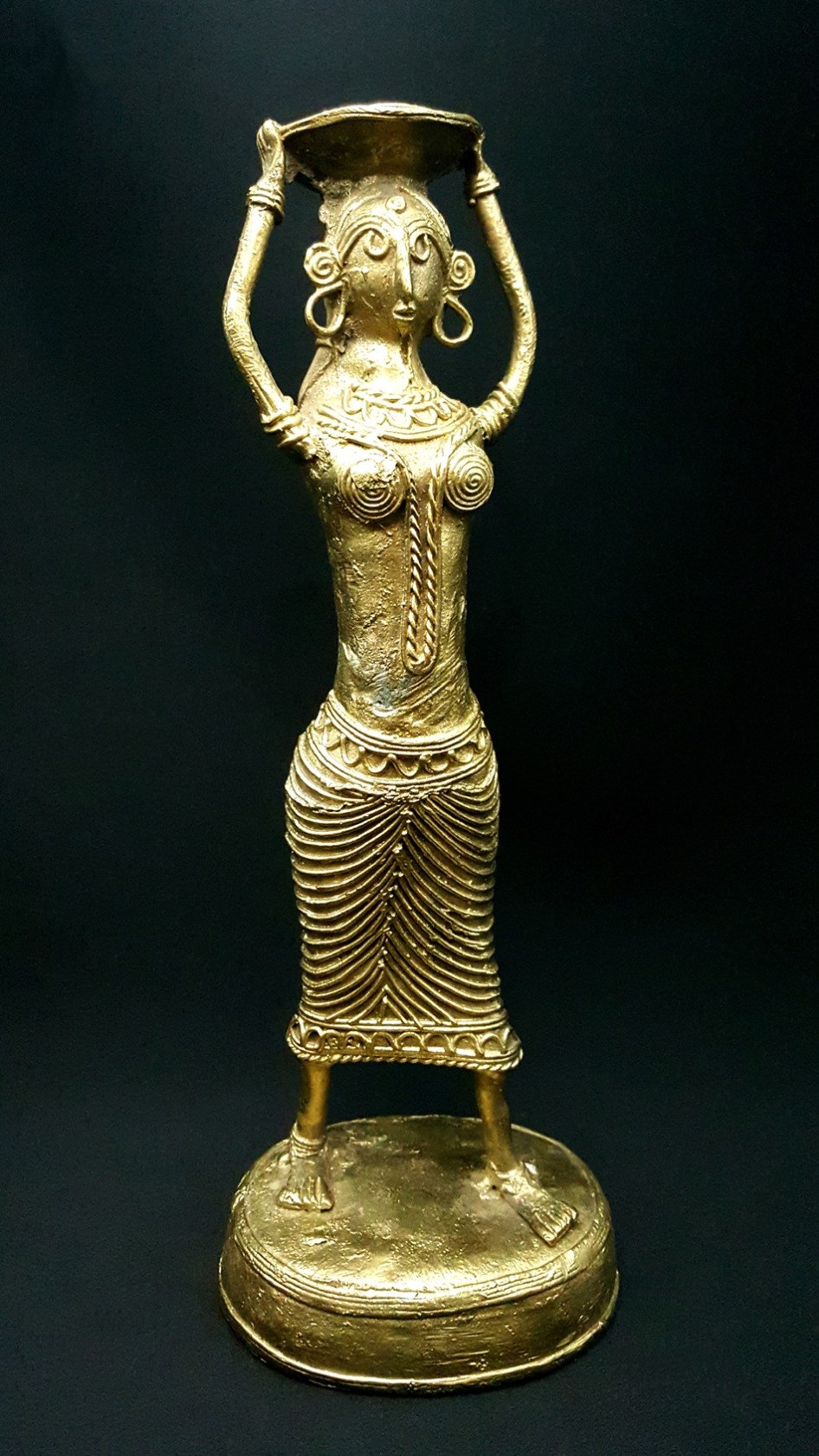 
Tribal statue from West Bengal in India representing a woman in a daily life scene: simplicity of the artist's work and elegance. More... 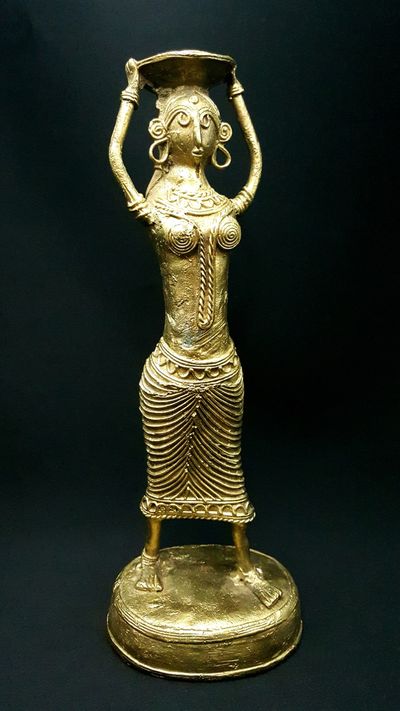 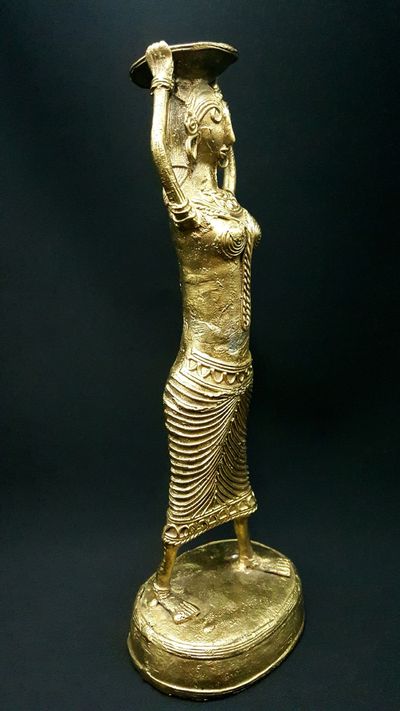 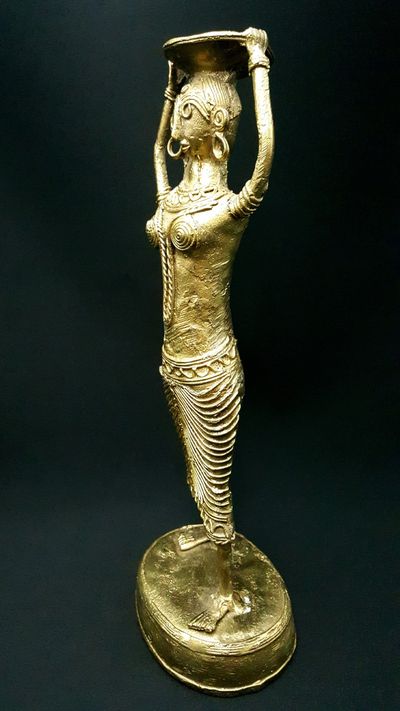 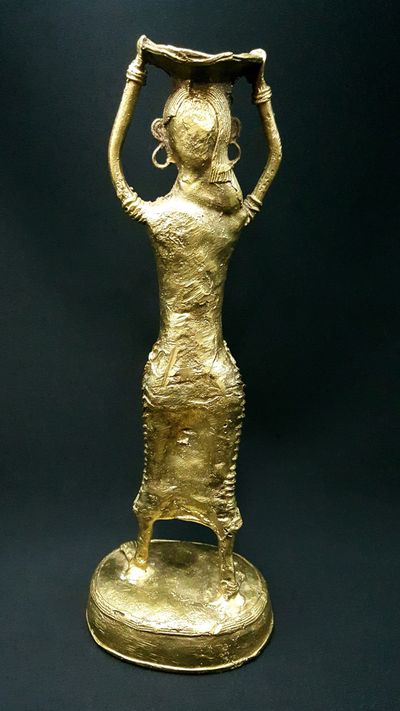 The tribes, practicing the Dokra art, originate from the Bastar district, in South India (today located in the state of Chattisgarh), they emigrated several centuries before and settled almost everywhere in India from North to South.

Posture Standing with a light gait, this woman is about to fetch food that she will carry on the tray placed on her head. The back is straight: this woman gives an impression of dignity despite the difficulty of the task.

Jewelry
Several necklaces that follow one another and a very long necklace that goes down to her waist which reinforces the impression of elegance.
Two earrings give volume to the face.

In this statue, the modeling using wax threads appears clearly. 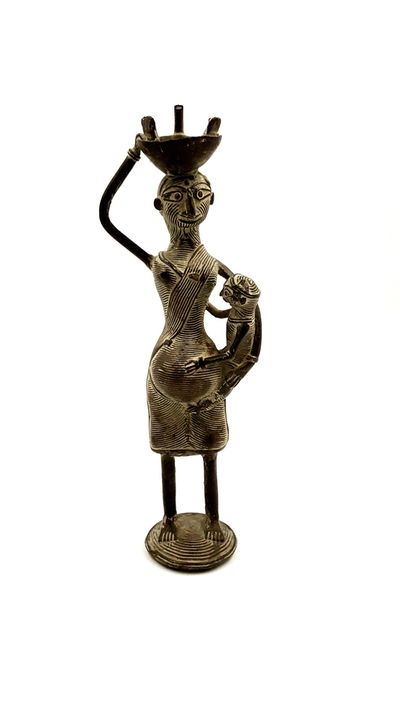