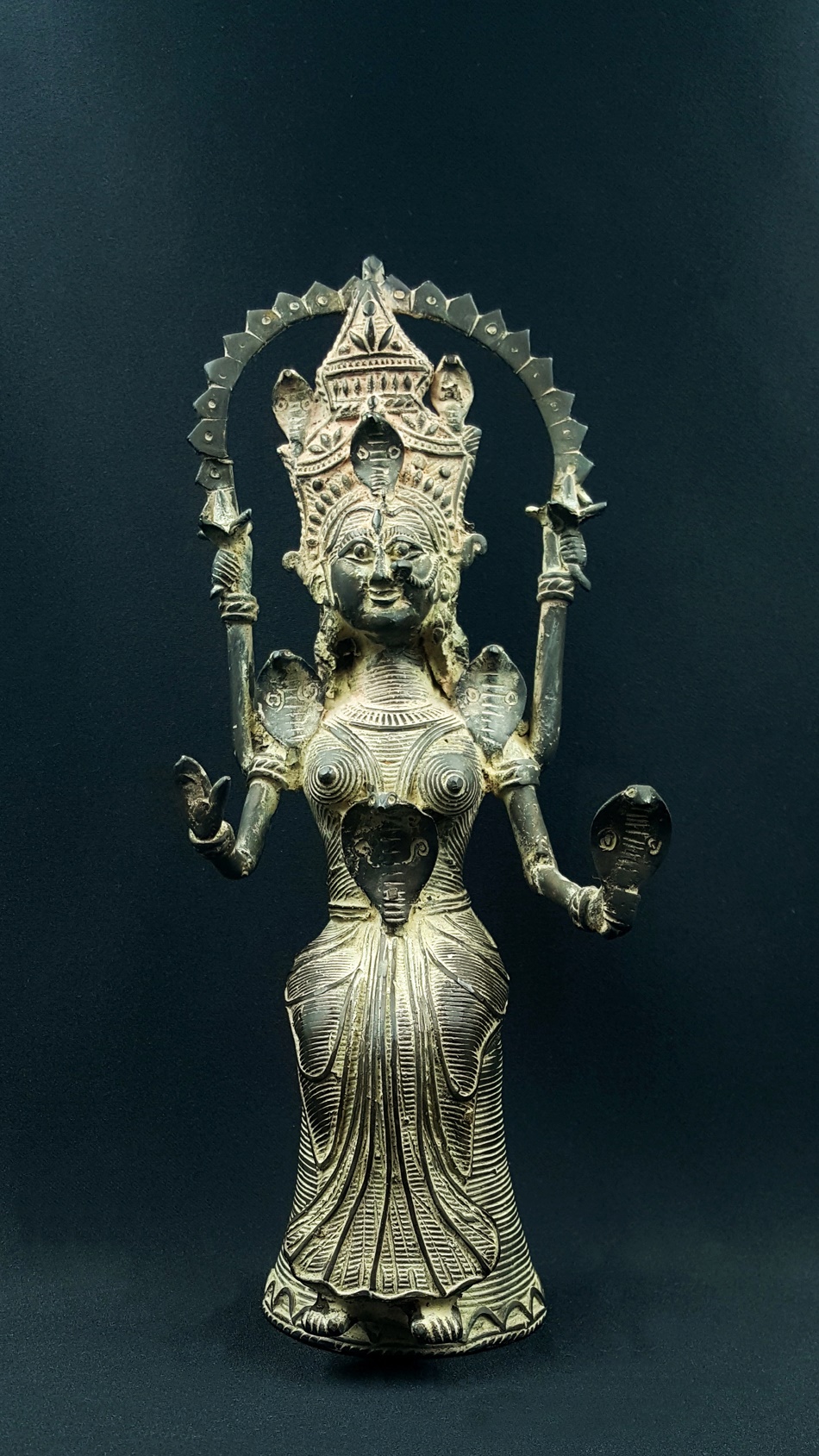 
Laxmi, sitting in the Pralambapadâsana position exudes great serenity. The omnipresent nagas (snakes) remind us of the cycles of time, the perpetual renewal. More... 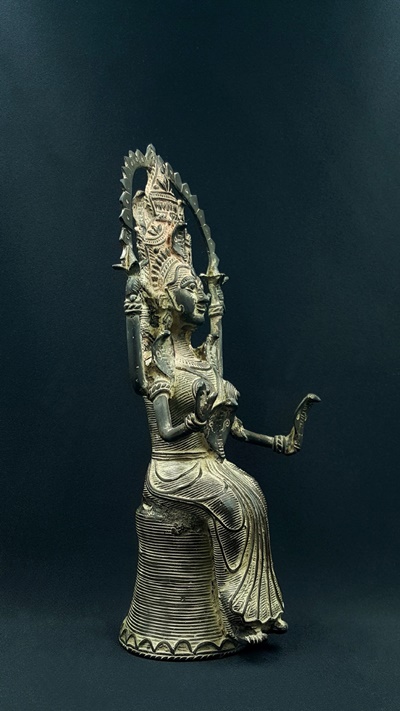 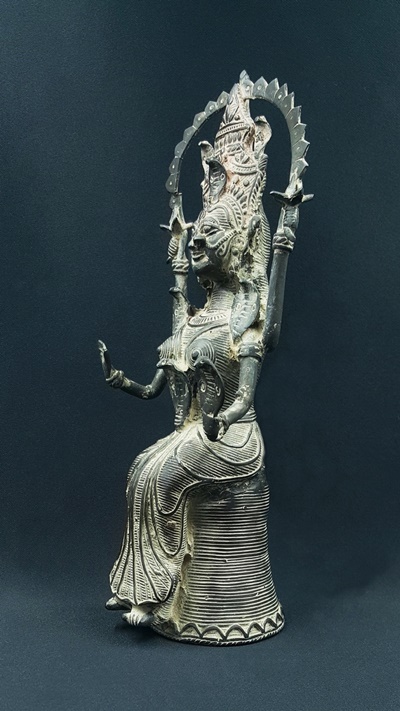 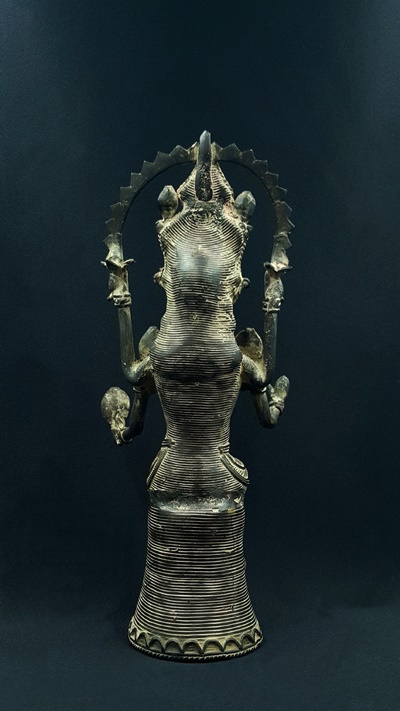 Most of them have kept their traditions (cooking, clothing, festivals...) and their animist religion.

This statuette of Parvati symbolizes: the deep interiorization.

Posture Laxmi, seated, in the position of Pralambapadâsana, known as "sitting in royal ease" is in deep meditation, in the primordial state, the absolute beyond (or below) the world of forms.

Gestures Two arms are raised, holding in each hand a lotus. They support an arch that symbolizes the sun, the wheel of the universe, the cycle of life: birth/destruction. It also represents the fire that illuminates - destroying ignorance and/or fertilizing. The lotus symbolizes the maternal breast (origin of life), wisdom: knowledge that leads to awakening, purity but also transformation (from a marshy environment, beauty is born), peace. The other right hand makes the gesture of protection while the left hand highlights Naga, the snake.

Pedestral The gods never touch the ground: the round seat is specific to deities in meditation.

Tribute and weapons The snakes (naga): here Lakshmi, in addition to the lotus which is her essential emblem, is carved with many snakes (7) including a central one at the belly level.
The snake is very important in India and beneficial: it is the symbol of fertility, life (Shakti), permanent renewal (moulting) and therefore immortality.

In this statue, Laxmi, sitting in deep meditation, is represented in the state of Samadhi: she is no longer subject to the change that affects the forms (the serpent) but she also indicates with the lotuses that a radical transformation is possible. 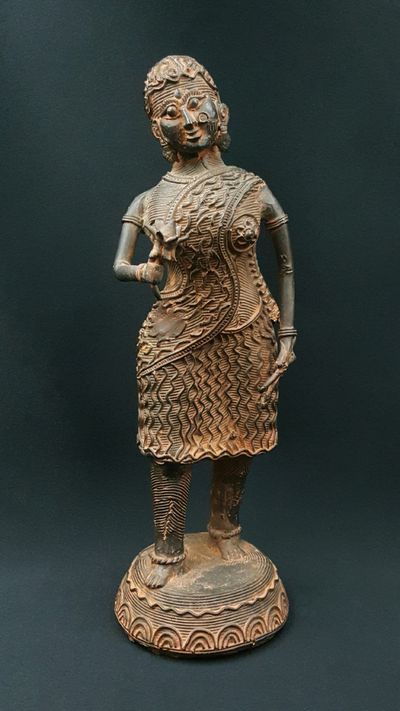 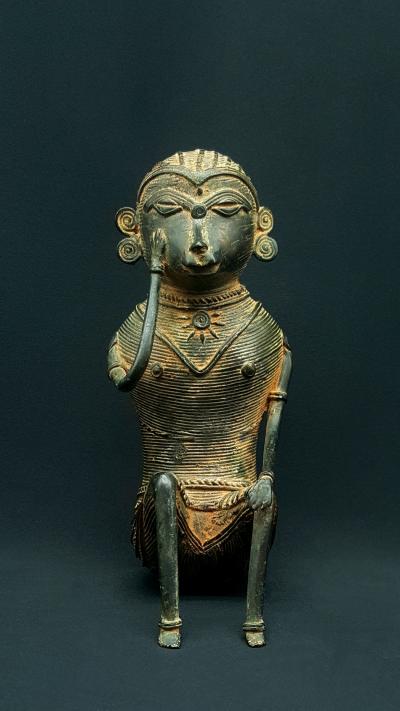