The embodiment of love 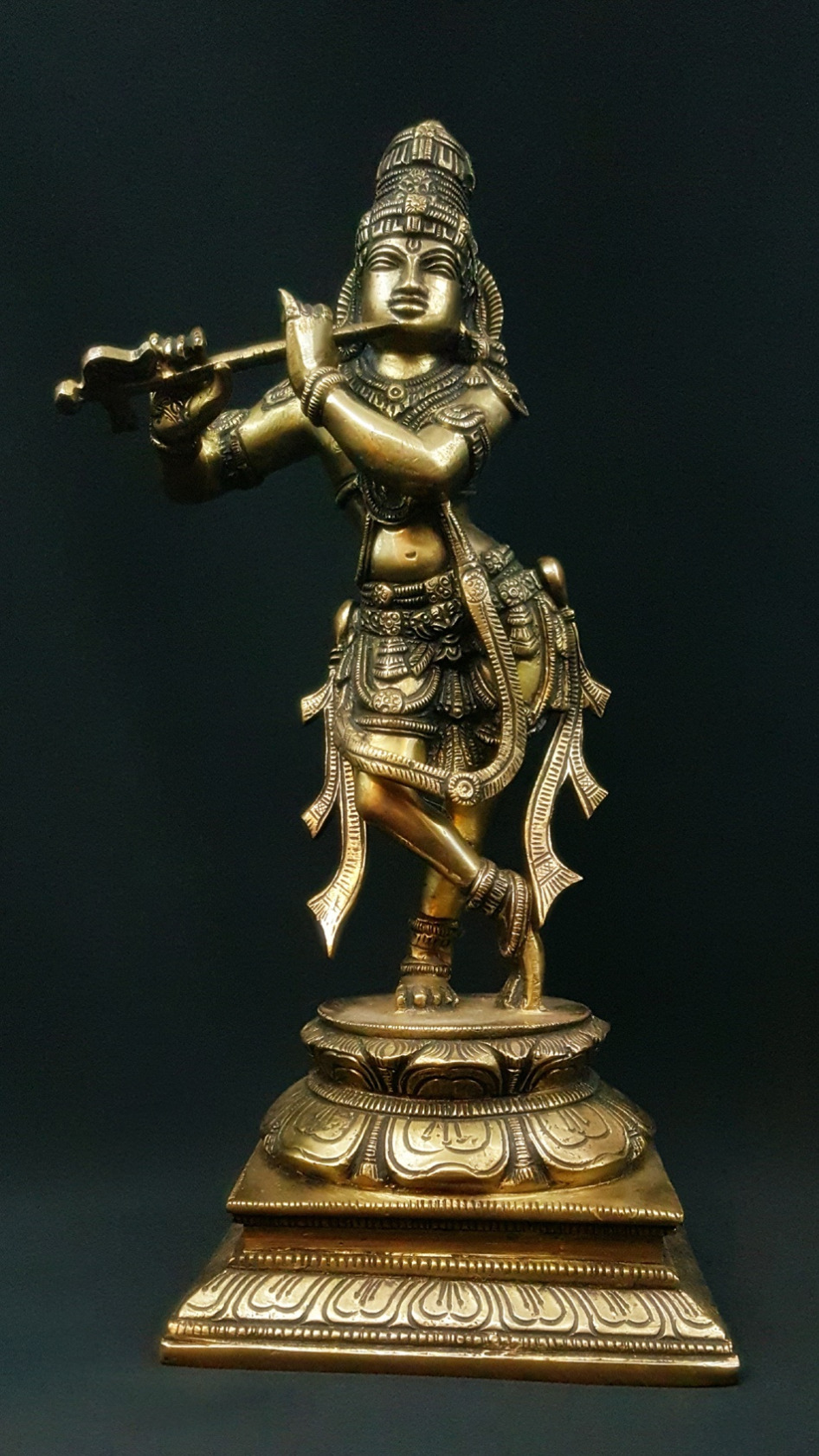 The embodiment of love


Krishna is one of the best known avatars of Vishnu, often depicted as a flute player who seduced the shepherds in the forest of Vrindavan. More... 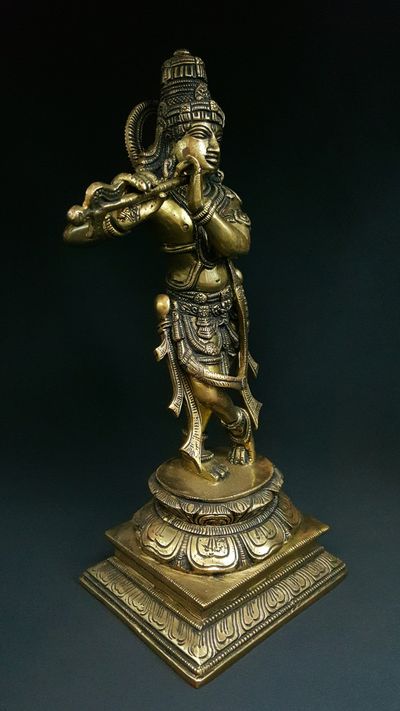 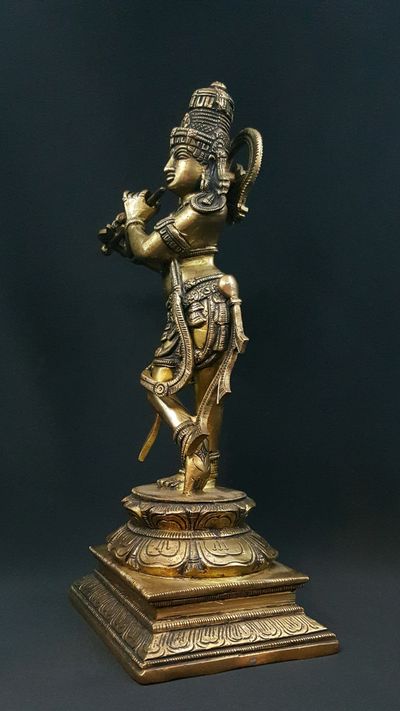 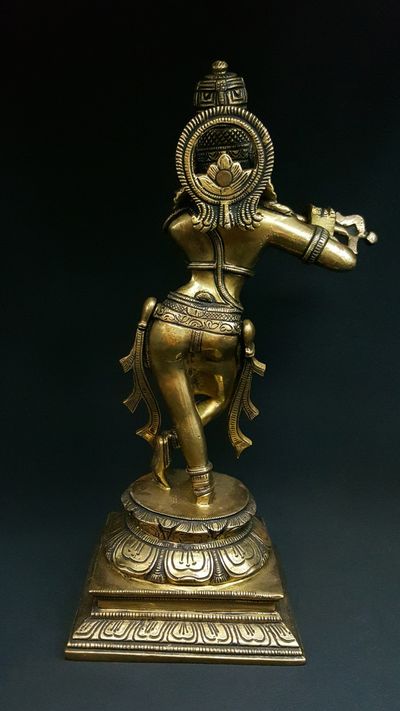 Krishna is the 8 th and the best known of the avatars of Vishnu, he himself is venerated as a god in his own right. He personifies the absolute but above all he is the embodiment of Love, he is the god of Bhakti par excellence.

Kamsa, cruel king of Mathura, murdered all of his sister Devakî's children because it was predicted that one of them would kill him. But, in due course, Vishnu allowed Krishna to be born, far from the palace and he spent a happy childhood among the herdsmen. To escape Kamsa, Krishna and his parents took refuge in the Vrindavan forest. Child Krishna is famous for his strength, his malice and his charm. He defeated many demons and Gods. As a teenager, Krishna is known for his talents as a flute player and as a seducer of pretty shepherdesses, the famous Gopî who fell madly in love with him.
Ultimately Krishna killed Kamsa and became king of Dvârkâ.

Posture Standing, weight resting on the only left leg, the right leg slightly folded with a strong wobble: the Tribhanga posture is very old, we find it from the Mohenjo-Daro period.
This posture, very feminine, symbolizes the union of the two masculine and feminine aspects.

Gestures Krishna plays the flute: the face is perfectly relaxed and internalized, the position of the arms is graceful.

Pedestal The gods never touch the ground: the earth is the domain of beings of flesh and blood.

Lotus base : Padmapitha - the lotus symbolizes the maternal breast (origin of life), wisdom: the knowledge that leads to enlightenment, purity (and therefore the transformation that allows the expression of beauty in a marshy environment), peace.

Clothing Krishna is richly dressed: loincloth decorated with multiple strips of fabric as well as a wide belt whose ends twirl on each side. Two brassieres also underline the dance movement as well as a strip of fabric which goes down to his knees. The whole is finely chiseled.
He also wears the sacred cord (yajnopavita).

Attributes Disc or wheel of fire: symbol of light and sun which brings knowledge and the destruction of ignorance - of the mind.