He who carries Ganga 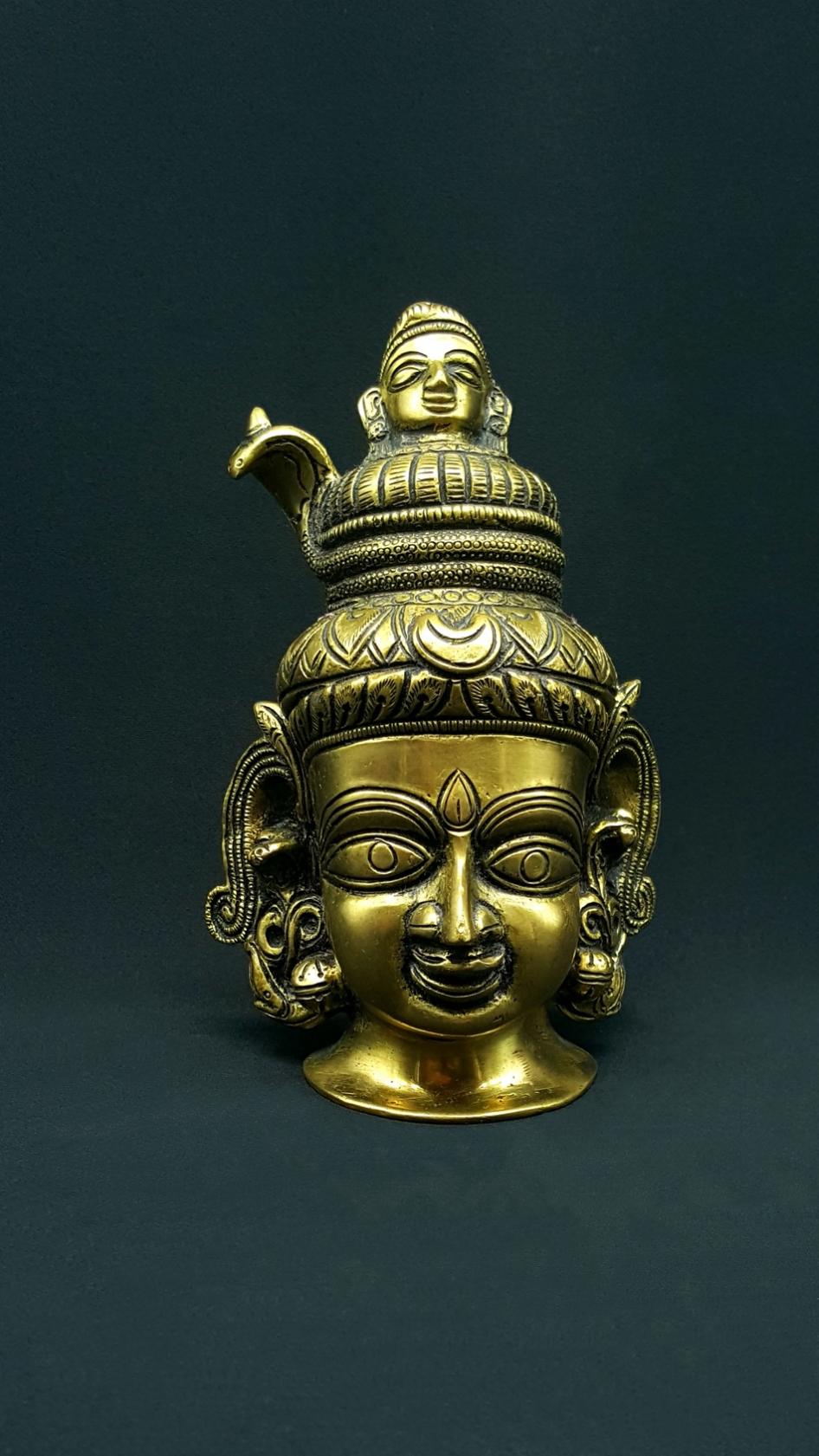 He who carries Ganga


The Ganges, the goddess, is represented here in the form of a head of a beautiful woman: she symbolizes energy, the Shakti, the fertile one. More... 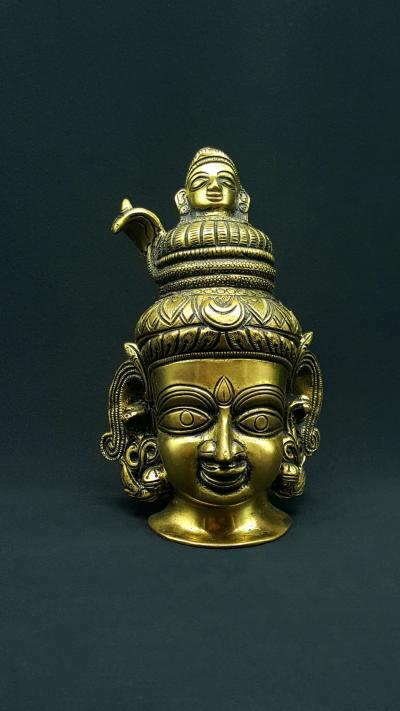 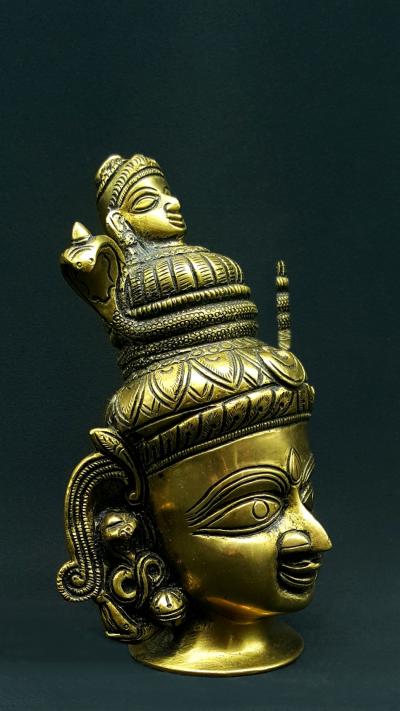 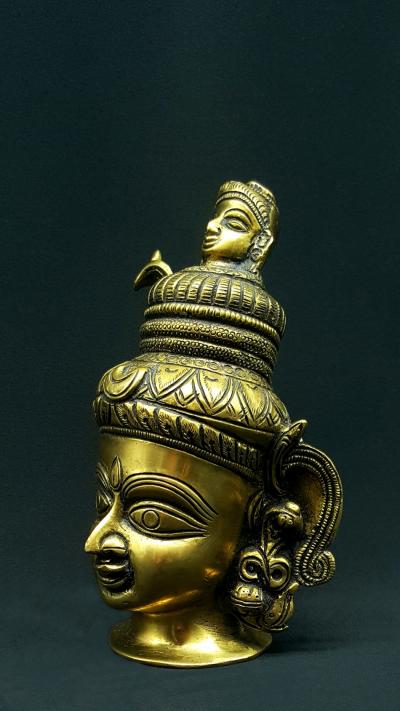 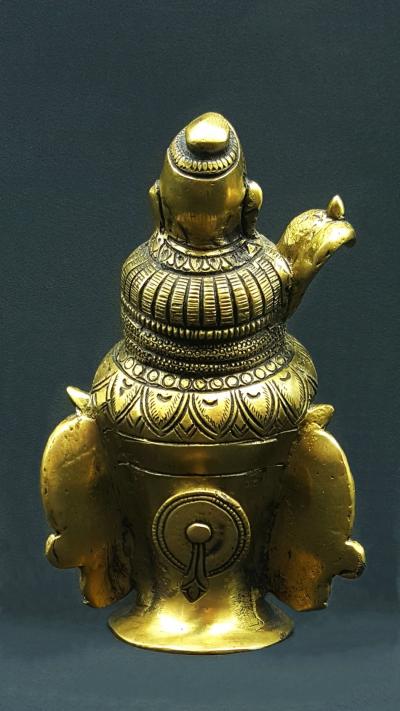 Shiva, symbolizes destruction and renewal, rebirth but also death and liberation and the union of oppositions.
Shiva represents the third aspect of the trimurti formed by Brahma, creation and Vishnu, maintenance.

A king, named Sagara, decided to prove that he was more powerful than the Gods: for this purpose he organized the sacrifice of a horse: Indra, king of the Gods, was furious and stole the horse and hid it from Kapil, a wise man in constant meditation. Sagara, mobilizing his sixty thousand sons, found and attacked Kapil who killed them all. Ashuman, grandson of Sagara, realizing the error committed, begged his forgiveness. Kapil then told him that this would be accomplished when one of his distant descendants would bring down from heaven the goddess Gangâ, the sacred river. After many asceticisms, Bhagaritha succeeded in convincing Brahma who ordered Ganga to come down to earth. This one furious decided to destroy the earth by pouring itself into it tumultuously. Bhagaritha interceded with Shiva who, coming down from Mount Kailash, welcomed Ganga in its hair.
There are several versions concerning the coming of Ganga on earth, sometimes it is Ganga, solicited by the gods to fecundate the earth, who asks for Shiva's help so that the earth is not destroyed... Sometimes Vishnu is at the origin of the birth of Ganga (Vishnu Purana).

This statuette of Shiva symbolizes : purification - fertility
In this statuette, this is theShiva's hairstyle which gives all the symbolism: Shiva welcomes or receives Gangâ in its tangled hair (jatâ). Here Ganga is represented in the form of a head of a beautiful woman, a goddess, daughter of Himavant and the apsara (celestial nymph) Mena. It is considered either as the sister of Parvati, or as the second wife of Shiva.
The bun is made by Naga the snake : the serpent is revered in India, its moult symbolizes immortality. But above all, the snakes that accompany Shiva represent energy in a latent state, the subterranean forces that it uses as a power of transformation.The crescent moon on his forehead symbolizes the cup: it contains Soma, the liqueur of eternity. The Moon represents change, movement, the perpetual cycle of birth and death: quarter moon, full moon ...
the third eye of Shiva appears clearly in the middle of its forehead: symbol of the sacrificial fire that destroys before renewal! Transformation and enlightenment.

In this statuette, the association of Shiva and Ganga highlights the purifying aspect of Shiva: to renew oneself, to move forward, to change, the purification step, in the sense of a great inner cleansing is necessary. No more need to carry the weight of the past, of erroneous beliefs ... which prevent the flow of life from flowing freely. Fertilization is then all the more powerful.