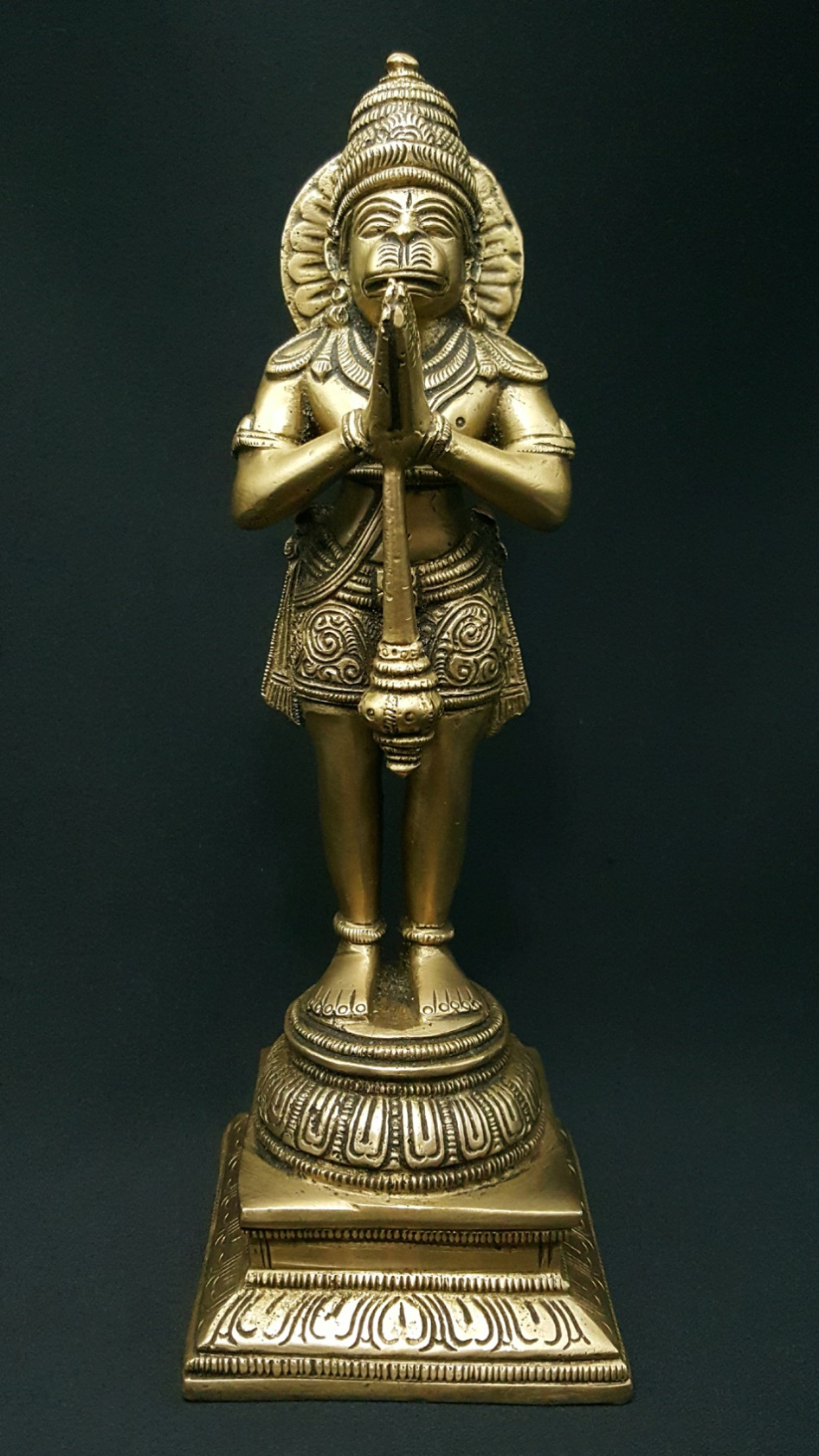 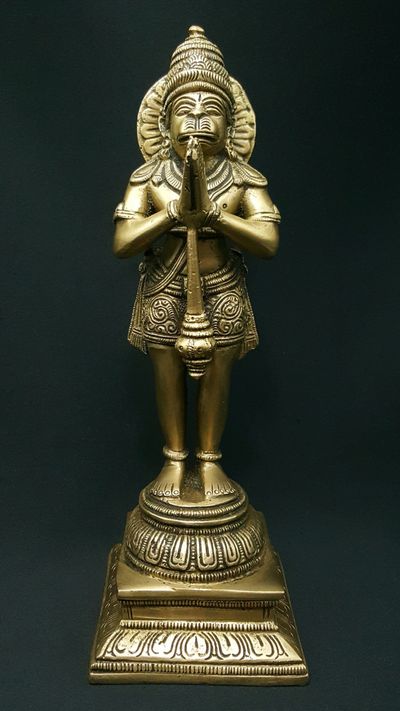 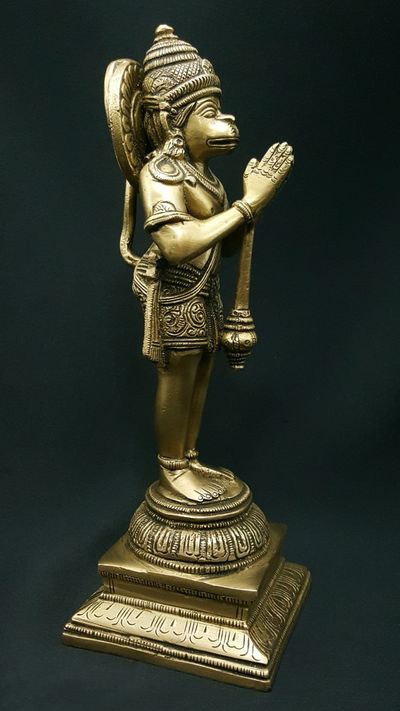 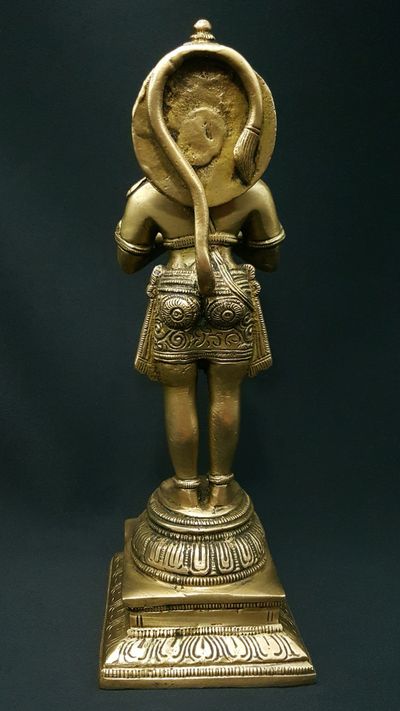 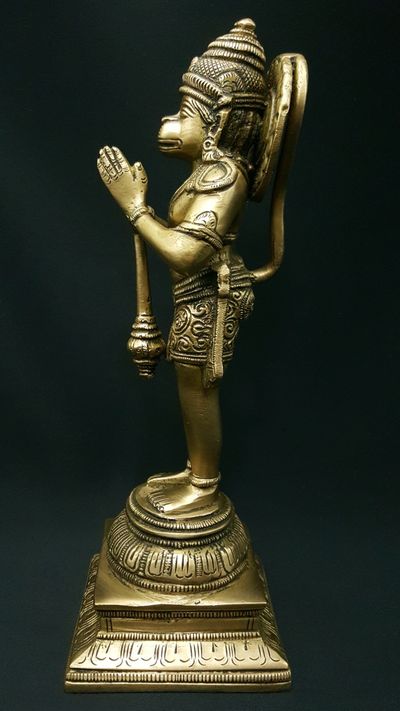 Hanuman, the Lord Monkey, is renowned for his strength (he would be able to lift mountains), his valour and his bravery . It is very popular in Indian villages and with wrestlers.

Hanumân is the son of Vayu wind and Anjanâ, a beautiful apsara who had been cursed and transformed into Guenon. He is one of the great heroes of the Ramayana: in his war against the demon Ravana, Hanuman was the most loyal ally of Rama: leader of the army of monkeys, he is recognized for his warlike deeds but above all for his virtues: bravery, fidelity, clear-sightedness, righteousness, chastity.

It is very popular in India and the monkeys which live in freedom are regarded as its parents.

This statue of Hanuman symbolizes: wisdom, the faithful servant

Posture Standing - in the posture known as Pranam: greeting which marks great respect in India, the two hands are joined at breast height. The gods never touching the ground, Hanuman sits on a pedestal which enhances his devotional posture.

Clothing Sacred Cord (yajnopavita) - loincloth, richly decorated and belt (Katibandha) formed by a wide band falling on each side of the legs: its outfit is very sober. The epaulettes mark his status as chief of armies in the Ramayana.

Headgear High bun topped with cobra, his forehead is decorated with the trident symbol of Shiva.

Attributes and weapons The disc (chakra) behind the head is the symbol of light and the sun: knowledge and destruction of ignorance - of the mind. The club, clasped in his hands, is one of the specific attributes of Hanuman: it represents physical strength; even if it is primitive, it is at the service of the spirit.

Hanumân, in this posture of greeting recalls his eminently important role as a faithful servant: his dignified posture, his club remind us his formidable qualities as a fighter, of devotion, of righteousness . The half-closed eyes (interiority) tell us that he is also of great wisdom.