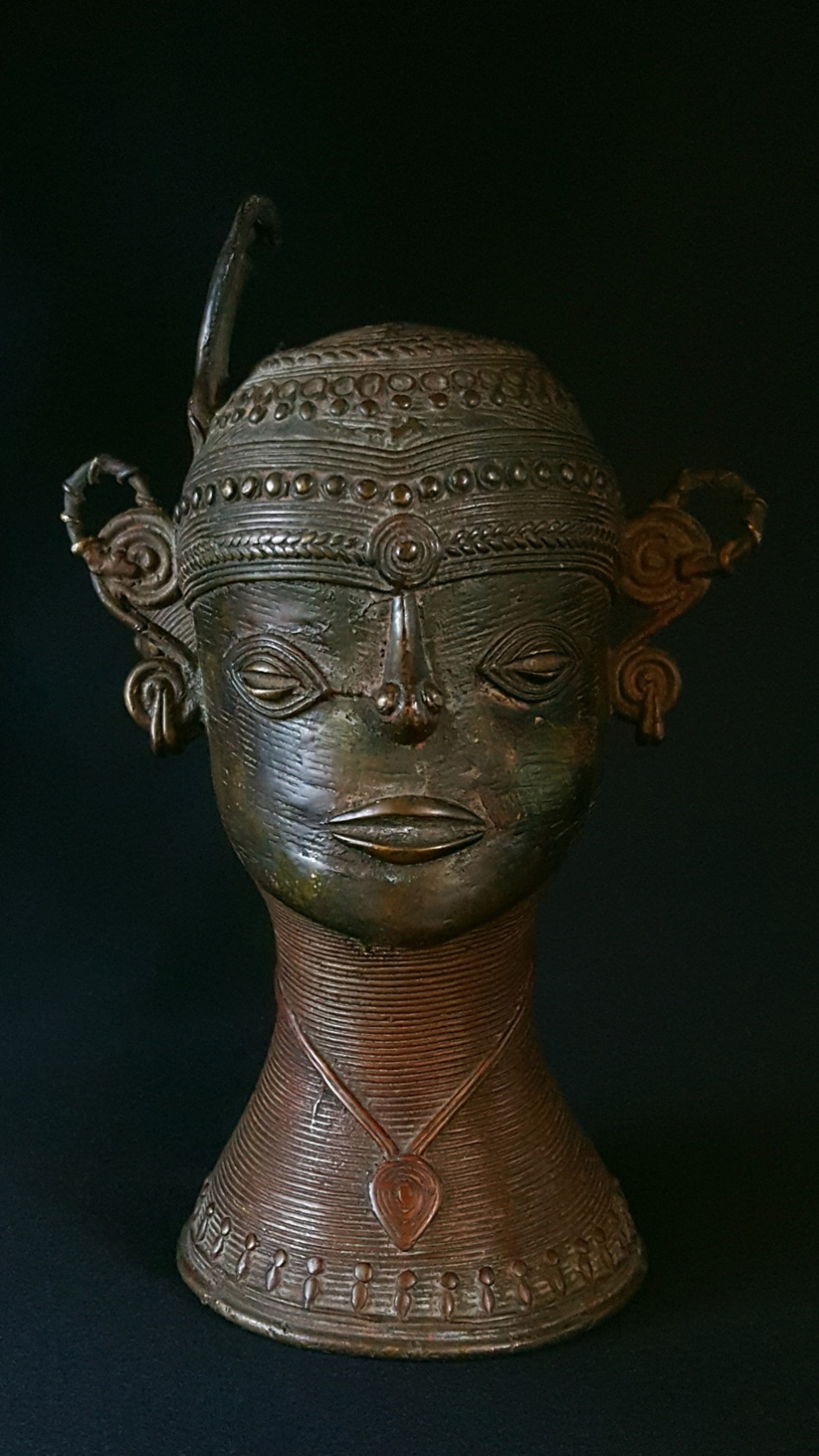 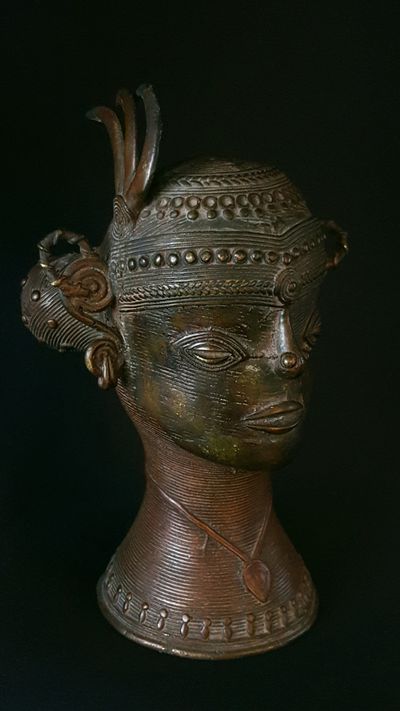 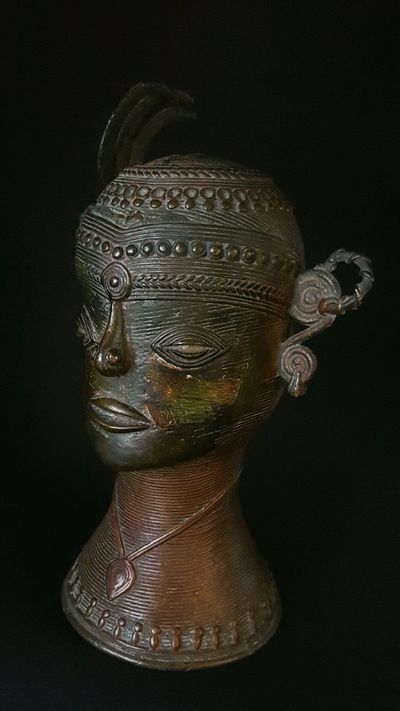 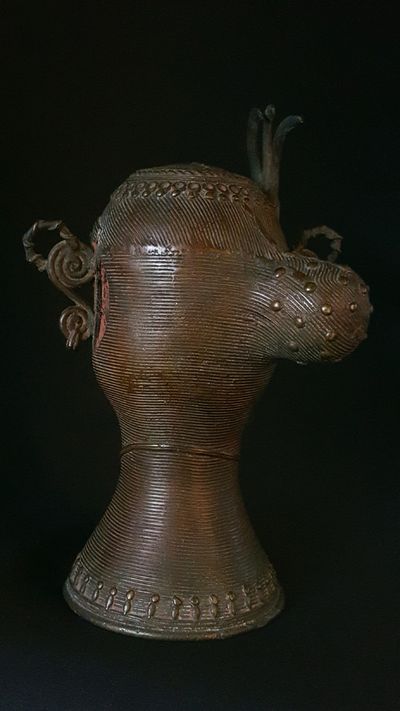 This tribal Indian art has not changed for millennia (more than 4000 years) and the technique used is always that of lost wax: a coarse clay model is made and then covered with wax by the artist who will give it its final form with its details. The whole is again covered with a clay mixture and then heated in an open hearth where a copper alloy will be poured. Visit my Blog.

Bust This Bastar woman wears her festive headdress with feathers and many jewels decorating her hair.

The facial features are delicate, not very marked. The nose is discreet, the broad forehead is surrounded by several bands adorned with many shells.

The expression is peaceful, the hair pulled back ends in a bun on the left side typical of tribal women. The ears simply made in a S-shape are adorned with earrings.