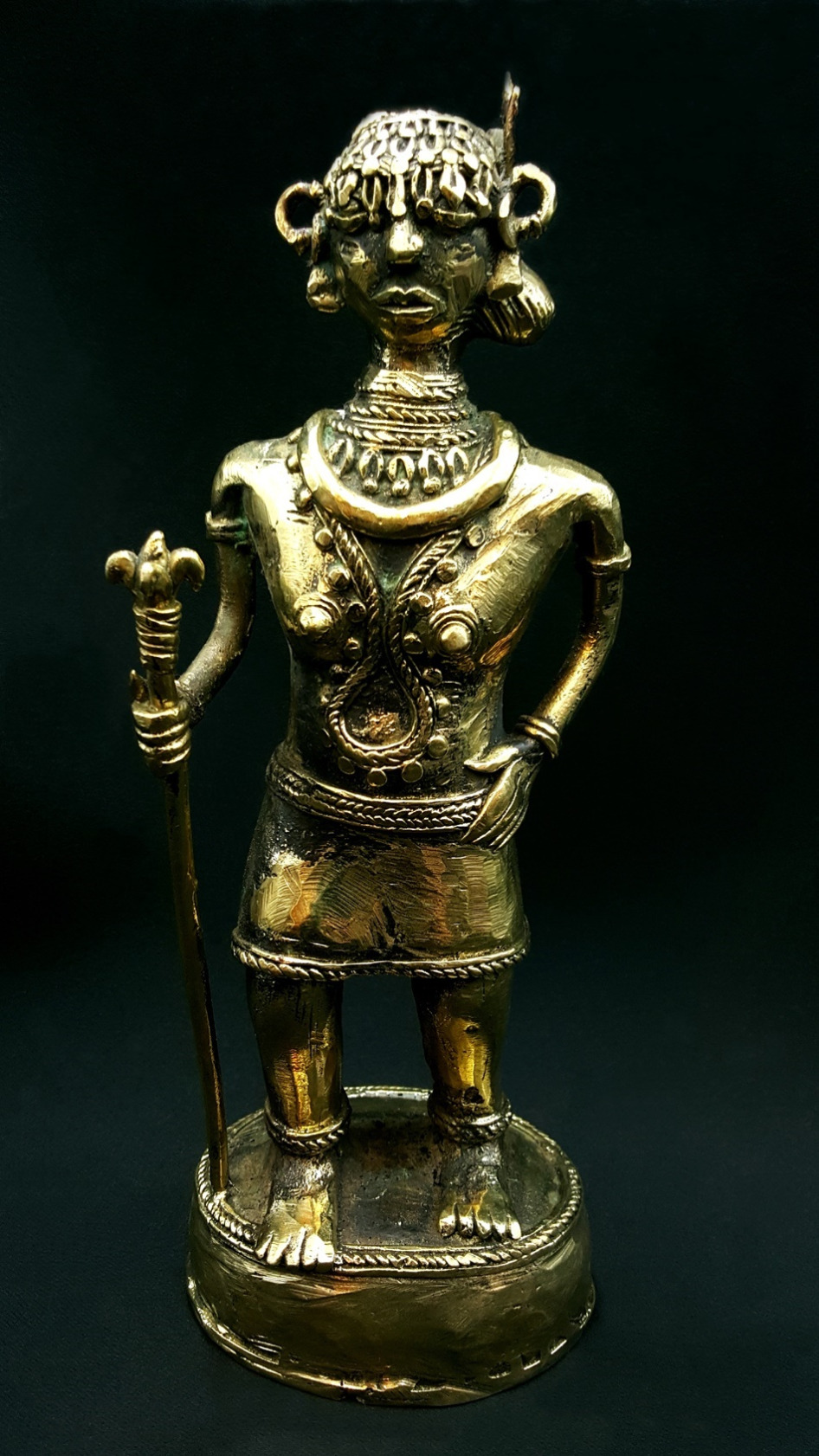 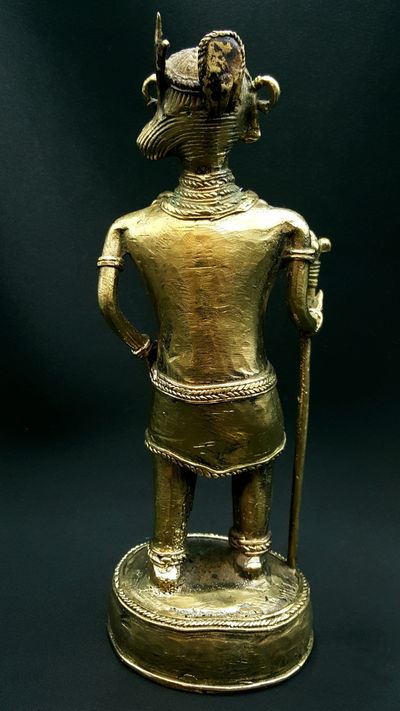 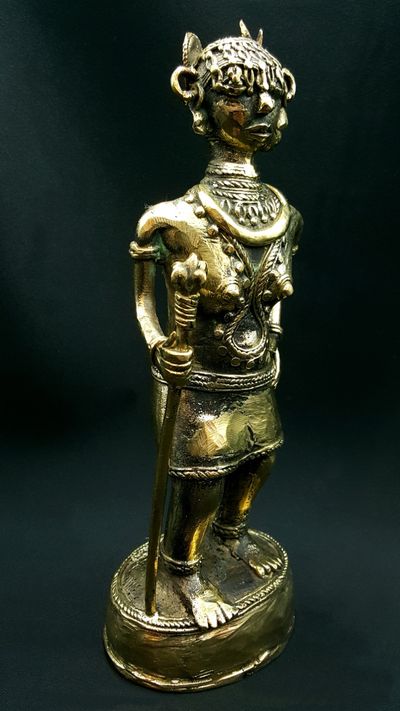 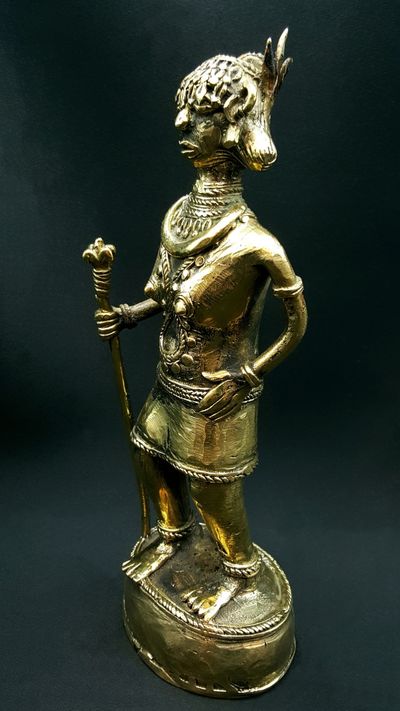 Posture Standing upright, camped on her feet, this Bastar woman is dressed in her festive Attributes : a magnificent headband on her forehead made from shells falling on her forehead and eyes, a feathered headdress, several necklaces. The Jewelry express wealth, this woman wears more than 5 necklaces, one very large in silver and the other which goes down to her navel which is decorated with pieces as well as bracelets (handles and ankles ). On the other hand, a simple loincloth dresses her.

Although the legs are slightly bent, it is the static aspect that dominates: left hand on the hip, right hand holding the scepter well planted in the ground: this woman has a queen's bearing and gives off great power.

The craftsman favored simple work, highlighting the strong presence of this woman.