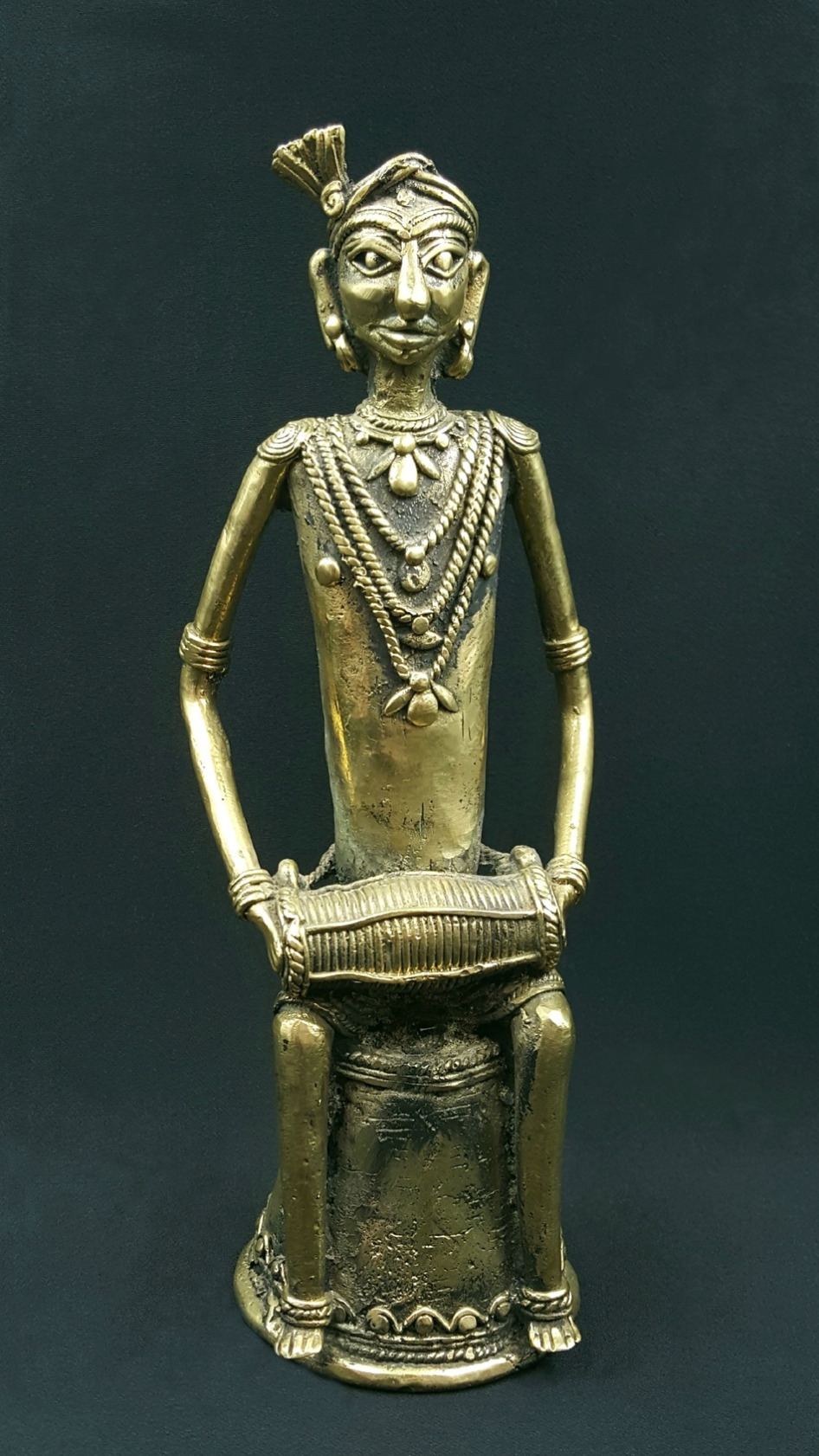 
This statue evokes a theme dear to the Dokra: the music which is also very present everywhere in India. It holds in particular a great place in the ceremonies. More... 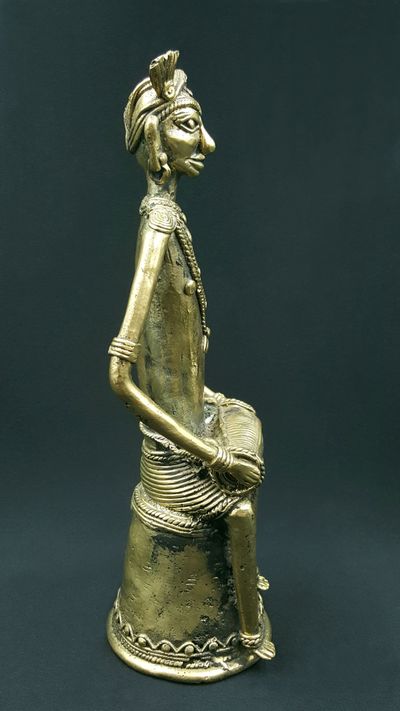 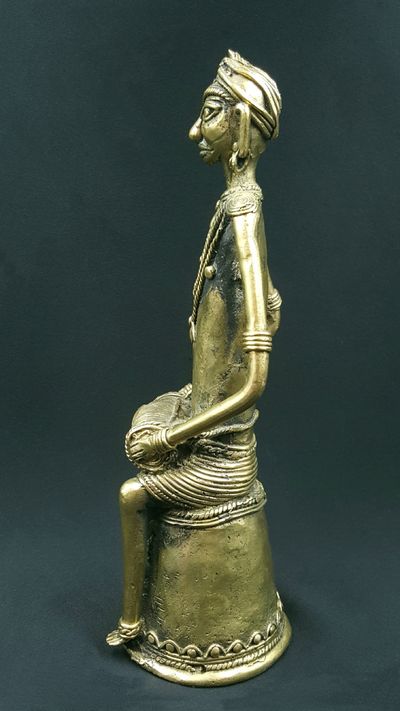 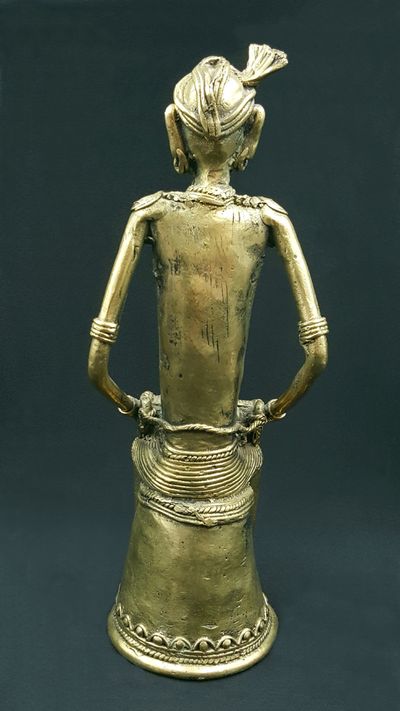 The Bastar is a district of South India in the state of Chattisgarh, it was an independent kingdom from the 14th century until its integration into India in 1948.
The tribal population accounts for 70% of the population of Bastar district: the main tribes are the Gonds - the Abhuj Maria and the Bhatras. Most of them have kept their traditions (cooking, clothing, festivals...) and their animist religion.
The tribes still live mainly from agriculture and forest resources (hunting, medicinal plants, wood...).
Some tribes have devoted themselves to brass statues art for more than 4000 years. This art, also found in the states of Madhya Pradesh, Odisha, West Bengal, Bihar... is called Dokra.

This Indian tribal art has not changed for millennia (more than 4000 years) and the technique used is still that of lost wax: a rough model in clay is made and then covered with wax by the artist who will give it its final shape with its details. The whole is again covered with a clay mixture and then heated in an open hearth where a copper alloy is cast. Visit my blog.
The objects produced by the Dokra artists can be of usual nature: dish, candlestick... musical instruments (brass), or artistic such as jewelry, animals: horses, elephants, turtles..., or statues of men and women representing scenes of daily life and Hindu deities adopted by the tribes: Ganesh, Lakshmi, ...

Posture Sitting upright, the bust is impressive, giving a very strong presence to the musician. The drum is placed on the knees and held by a cord passed through the back.
Jewelry This musician has adorned himself with his finest jewels for this marriage ceremony, no less than 5 necklaces, classically made from seashells, adorn his chest. Several bracelets embellish his arms and ankles.
Face Eyes wide open - eyebrows are well marked in V to accentuate the look. A simple scarf covers his head.