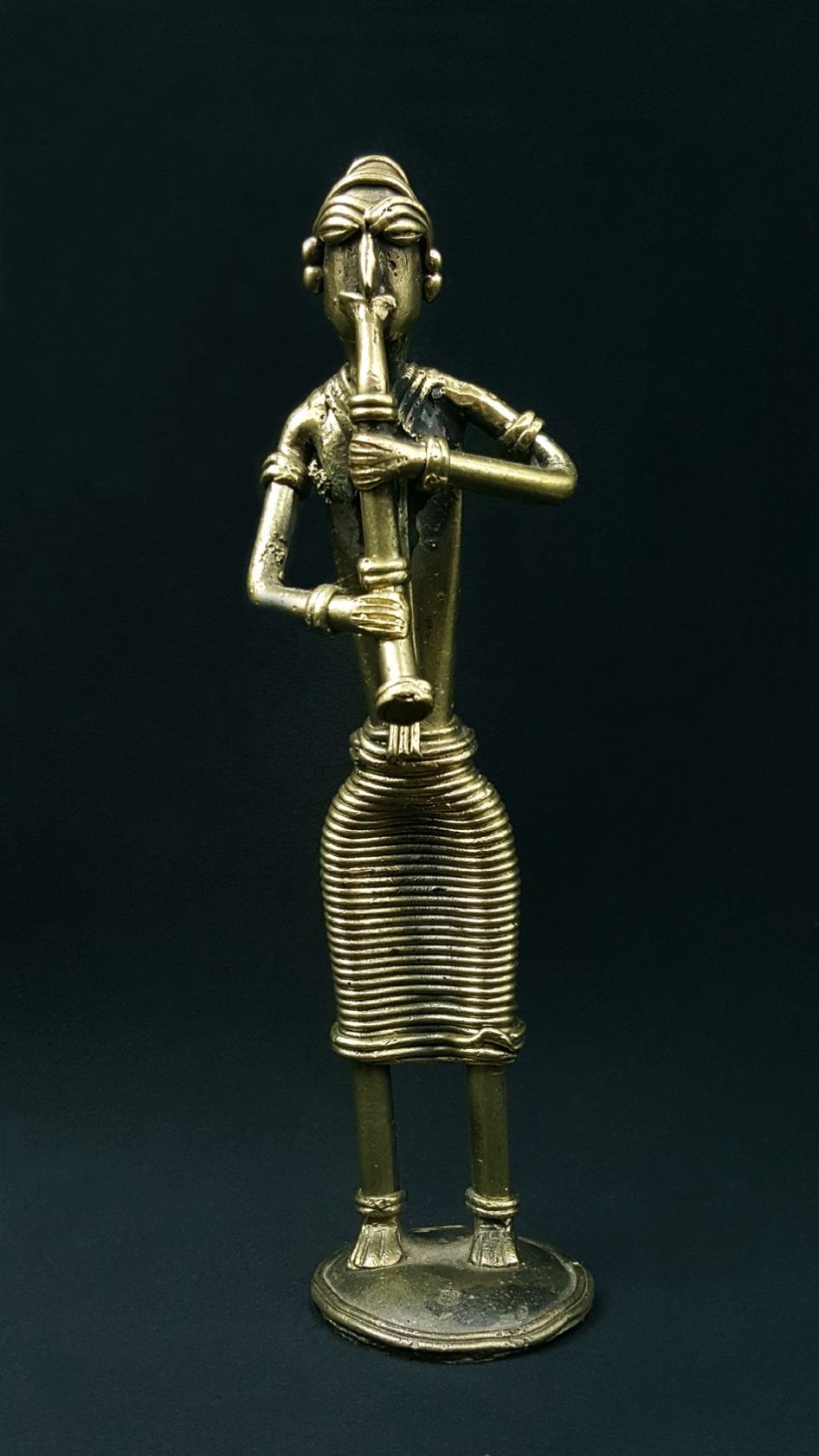 
The musician seems to be at one with her instrument in a graceful and slender manner, leaning slightly forward, fully absorbed in her playing. More... 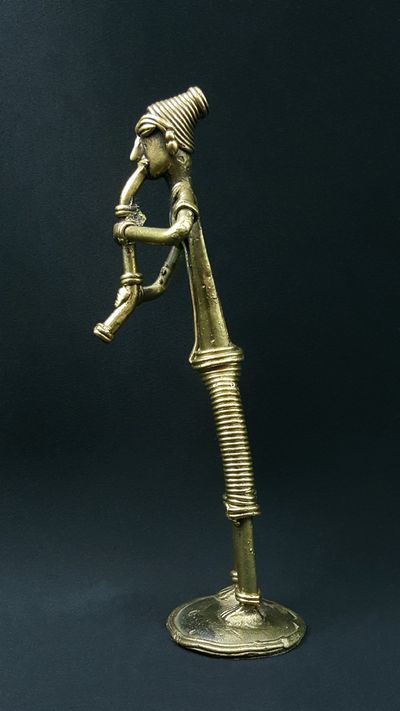 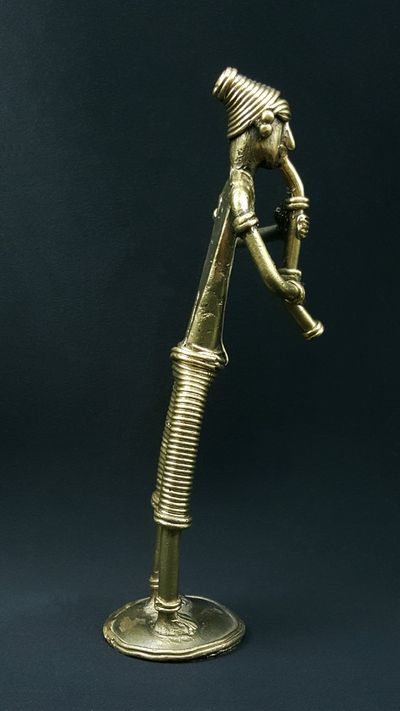 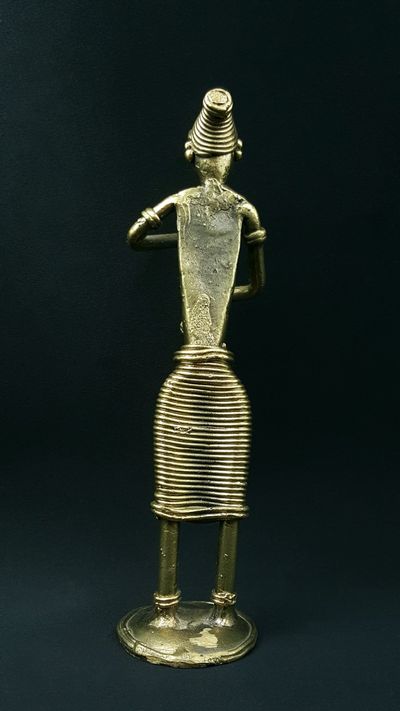 The tribes, practicing the Dokra art, originate from the Bastar region, in South India (today located in the state of Chattisgarh), they emigrated several centuries before and settled almost everywhere in India from North to South.

Posture Standing in a slender, almost threadlike attitude, typical of the representation in this region, the artist captured a moment of concentration of the musician. The features are refined to the maximum, few details in the face, clothes or jewelry, only the posture transcribes the general impression.

Here, due to the small size of the statue, there is no clay-based molding: the statue is worked directly on a wax base which is sculpted very finely by the artist.

In this statue we find one of the themes dear to Dokra: music which is also very present everywhere in India. It plays a large role in sacred ceremonies: animist rites, dances during wedding ceremonies ..