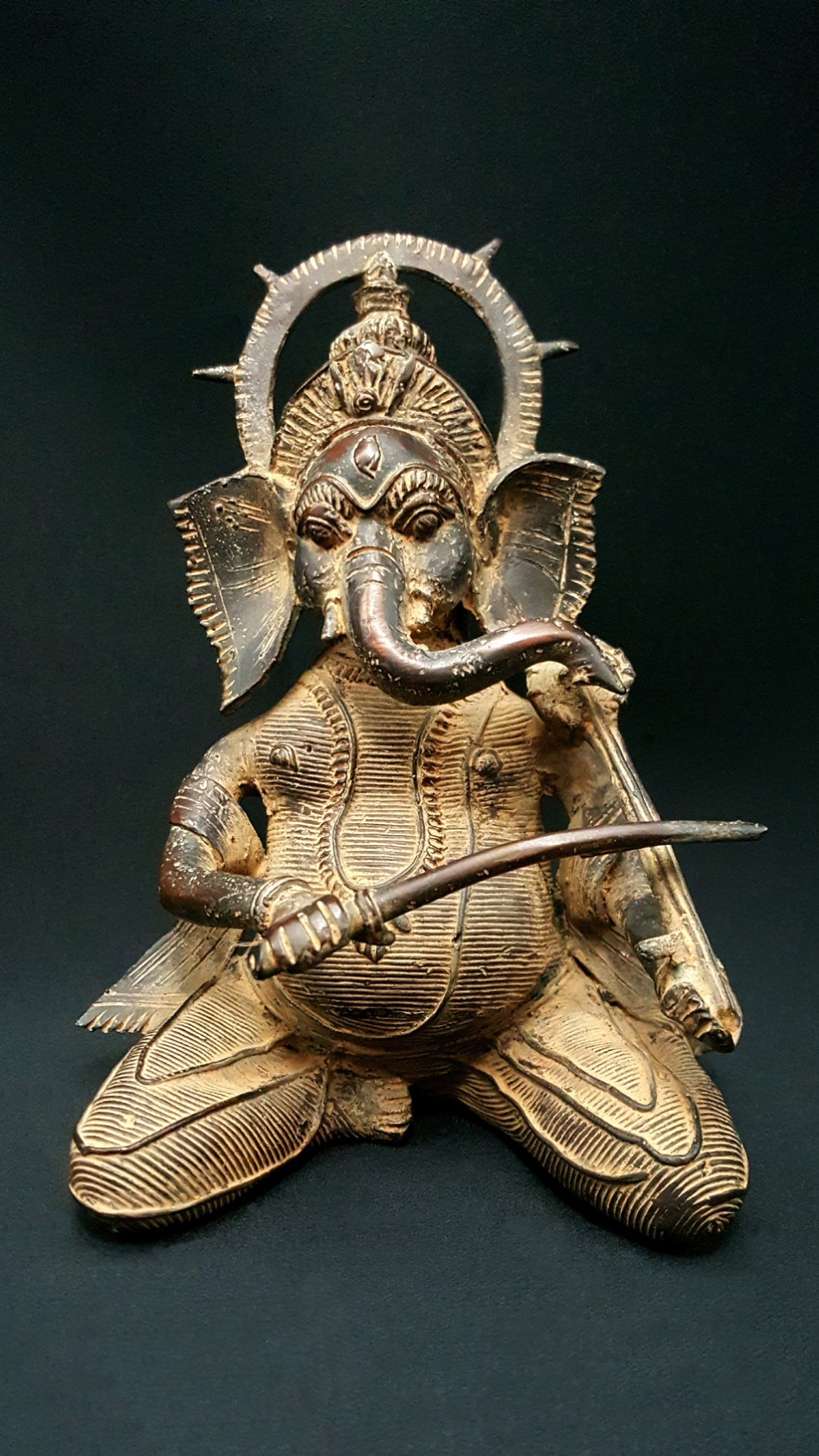 
In this brass Bastar statue from South India, the artist has chosen to represent Ganesh as a musician who, like Shiva, gives rhythm to the universe. More... 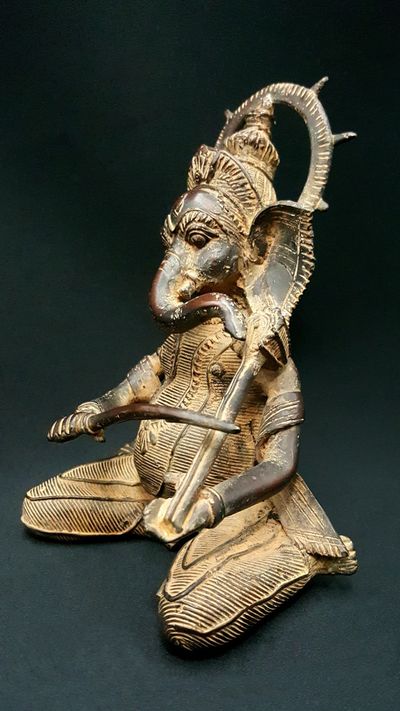 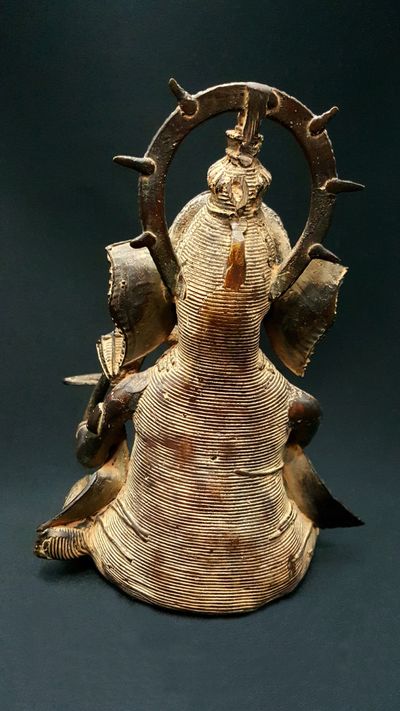 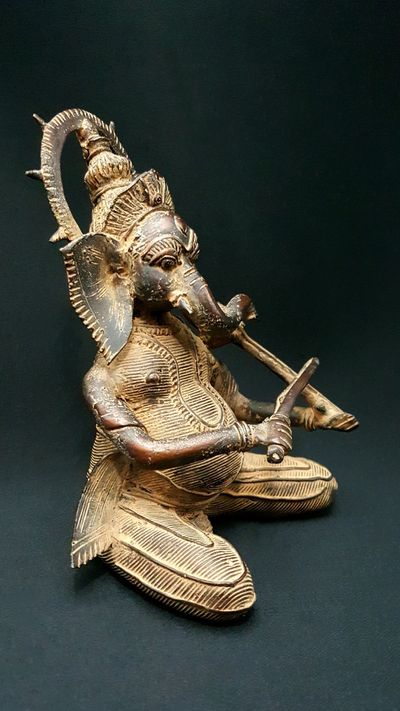 The tribes, practicing Dokra art, are from the Bastar district, in South India (today located in the state of Chattisgarh), they emigrated several centuries ago and settled a little everywhere in India from North to South. Most have kept their tradition (culinary art, clothing, festivals) and their animist religion.

This traditionnal Indien art has not changed for millennia (more than 4000 years) and the technique used is always that of lost wax: a coarse clay model is made and then covered with wax by the artist who will give it its final form with its details. The whole is again covered with a clay mixture and then heated in an open hearth where a copper alloy will be poured. see Blog
Objects produced by Dokra artists can be of a usual nature: cup, candle holder ... musical instruments (brass), or artistic such as jewelry, animals: horses, elephants, turtles ..., statues of men and women representing scenes of daily life and Hindu deities adopted by the tribes: Ganesh, Lakshmi, ...

Posture Sitting in all his splendor, the prominent belly, Ganesh, plays celestial music.
The expression of concentration is reinforced by the eyebrows which meet and form a very marked V. Ganesh's belly is always large: it is the center of vital energies. It symbolizes anchoring, presence here and now, stability. The sacred cord of the Brahmins, marked by a very discreet thread, adorns his belly.
Gestures Ganesh plays the fiddle, the Ravanhatta, a very rustic instrument which dates back more than 3000 years and was invented by Ravana, king of Ceylon.
Headgear Crown in tiara shape: Kiritamukuta - symbol of royalty. The wheel of fire or wheel of the universe halo his head: it symbolizes the life cycle: birth/destruction but also the fire which illuminates, destroys ignorance and/or which fertilizes.

Please note: in tribal art, Ganesh is not always with his mount: the rat