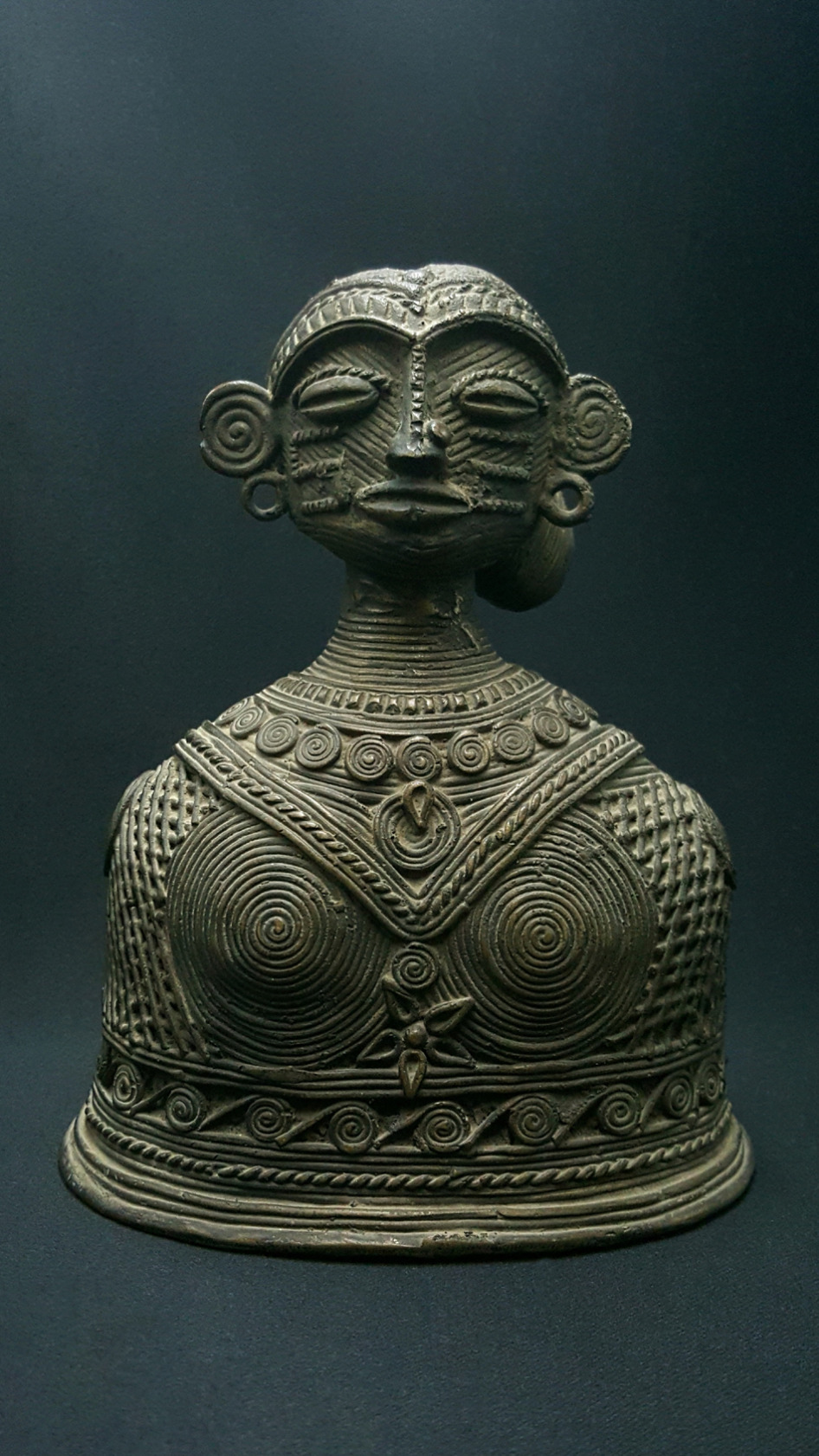 
This statue of a woman is representative of primitive art: a direct impression conveyed by the simplicity of forms, a refined style, sobriety. More... 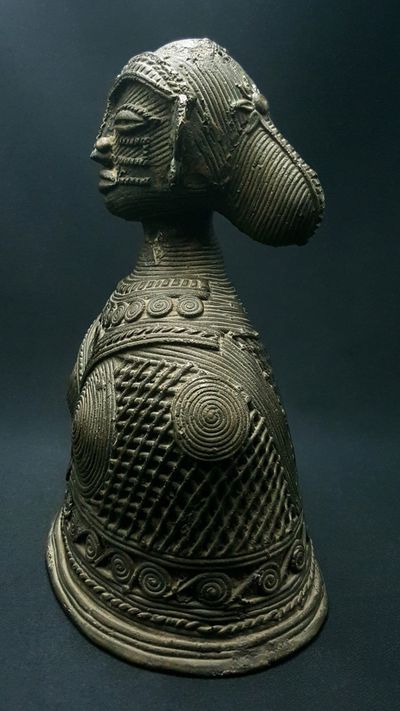 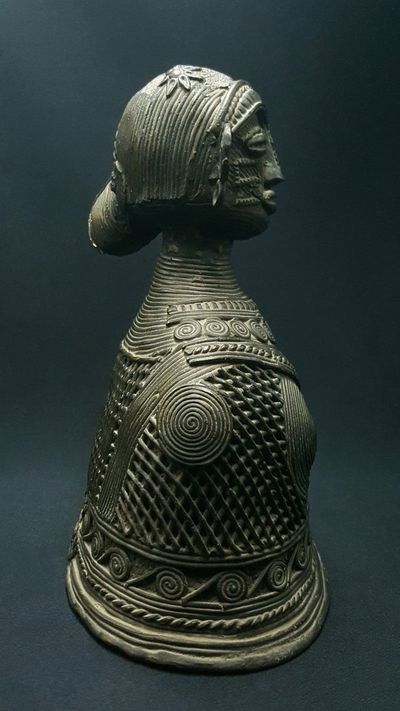 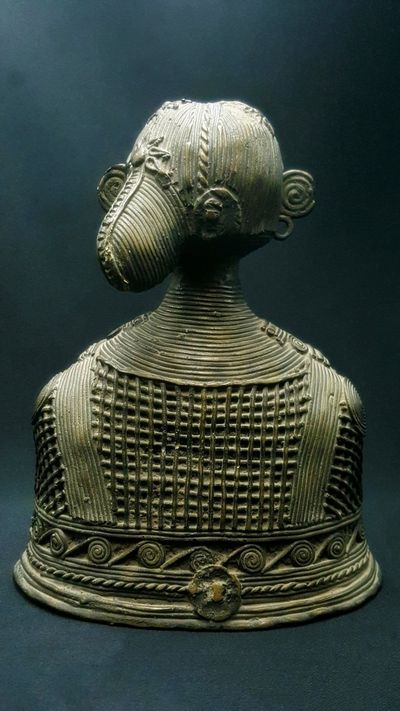 The tribal population represents 70% of the population of the Bastar district: the main tribes are the Gonds - the Abhuj Maria and the Bhatras.

Most have kept their tradition (culinary art, clothing, festivals) and their animist religion. The tribes still live mainly from agriculture and resources drawn from the forest (hunting, medicinal plants, wood ...).

This tribal Indian art has not changed for millennia (more than 4000 years) and the technique used is always that of lost wax: a coarse clay model is made and then covered with wax by the artist who will give it its final form with its details. The whole is again covered with a clay mixture and then heated in an open hearth where a copper alloy will be poured. Visit my blog.

The head of this woman seems very small in proportion to her bust which reinforces the impression of deep interiority . A temporal pause. The face is peaceful, the hair pulled back ends in a bun on the left side typical of tribal women. The hairstyle is decorated with very discreet flowers. A headband made of shells surrounds the forehead. Two scarification marks are visible on each cheek.

The bust is richly decorated by the artist. Large necklaces adorn her chest, giving an extra touch of femininity.

The essential is expressed in a few strokes giving a crude, strong expression.