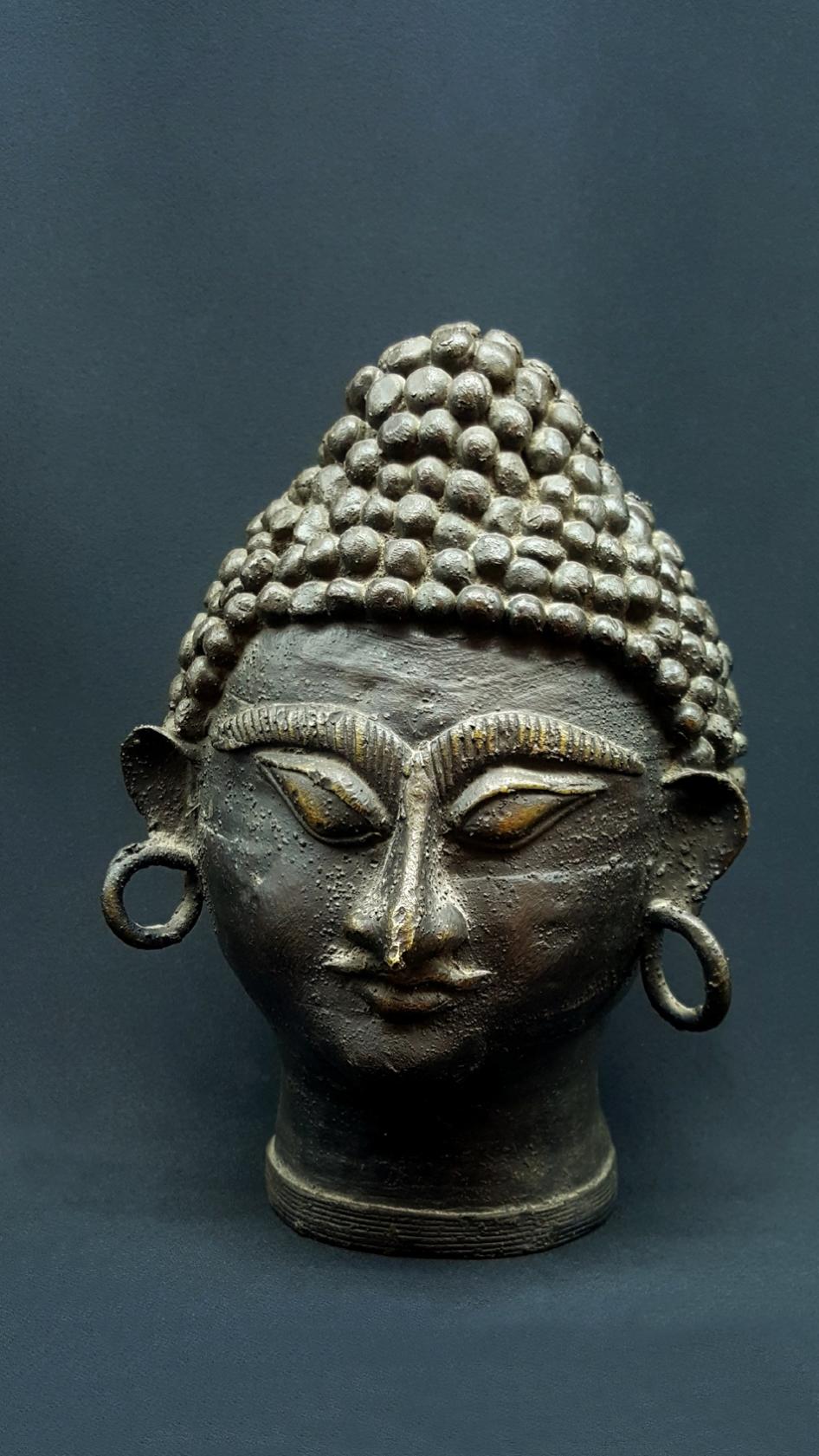 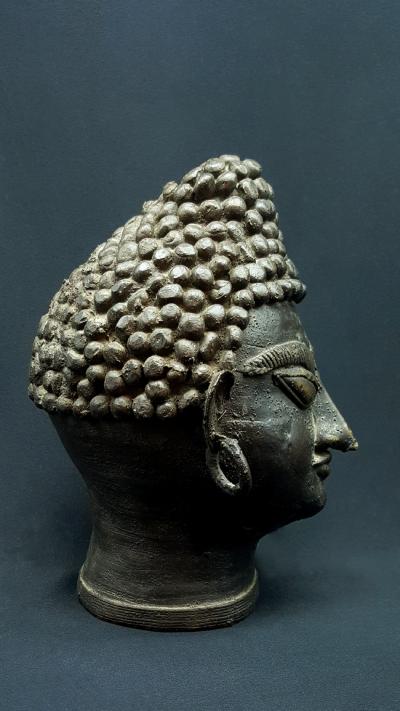 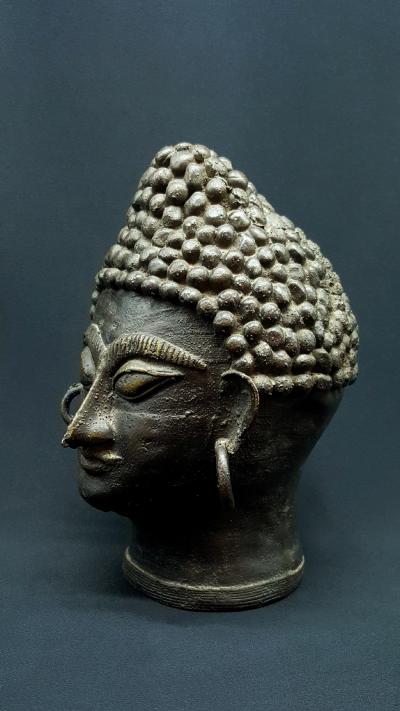 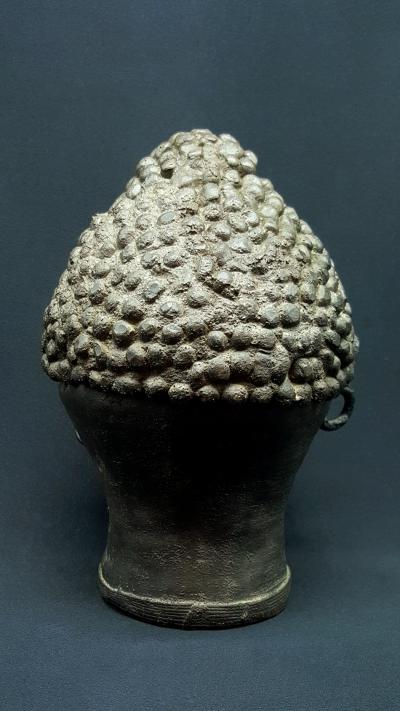 Most of them have kept their traditions (cooking, clothing, festivals) and their animist religion.

This traditional and artisanal art has not changed for millennia (more than 4000 years) and the technique used is still that of lost wax: a rough model in clay is made and then covered with wax by the artist who will give it its final shape with its details. The whole is again covered with a clay mixture and then heated in an open hearth where a copper alloy will be cast. see Blog.

The objects produced by the Dokra artists can be of usual nature: dish, candle holder... musical instruments (brass), or artistic such as jewelry, animals: horses, elephants, turtles..., statues of men and women representing scenes of daily life and Hindu deities adopted by the tribes: Ganesh, Lakshmi, ...

The essence of the style dates back to the Gupta period with the characteristic hairstyle made of curls of hair and the unisha at the top: the protrusion on the top of the head resembling a bun is barely visible (see the Buddha of Sarnath). The elongated ears characteristic of this style are not present: the earrings, however, are there contrary to the canons of the classical Buddhist sacred art Gupta (before renouncing palace life and his destiny as a prince, Siddhartha Gautama wore the attributes of nobility and wealth, including earrings: the elongated ears thus mark the sign of this previous existence and its renunciation).

The features are well proportioned and the aquiline nose marks the Greek influence on Indian sculpture of this period.

Another notable difference with classical art is the size of the eyebrows, which are very marked here whereas usually a fine line is enough to underline them. Moreover the eyes are slightly oblique (not horizontal) and slightly half-open, whereas the tradition represents them closed.

Of tribal manufacture, this statue of Buddha's head is imbued with great serenity and simplicity while expressing great originality of design. 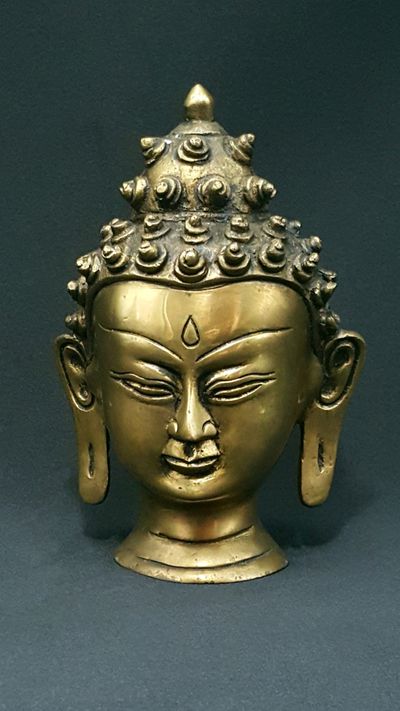