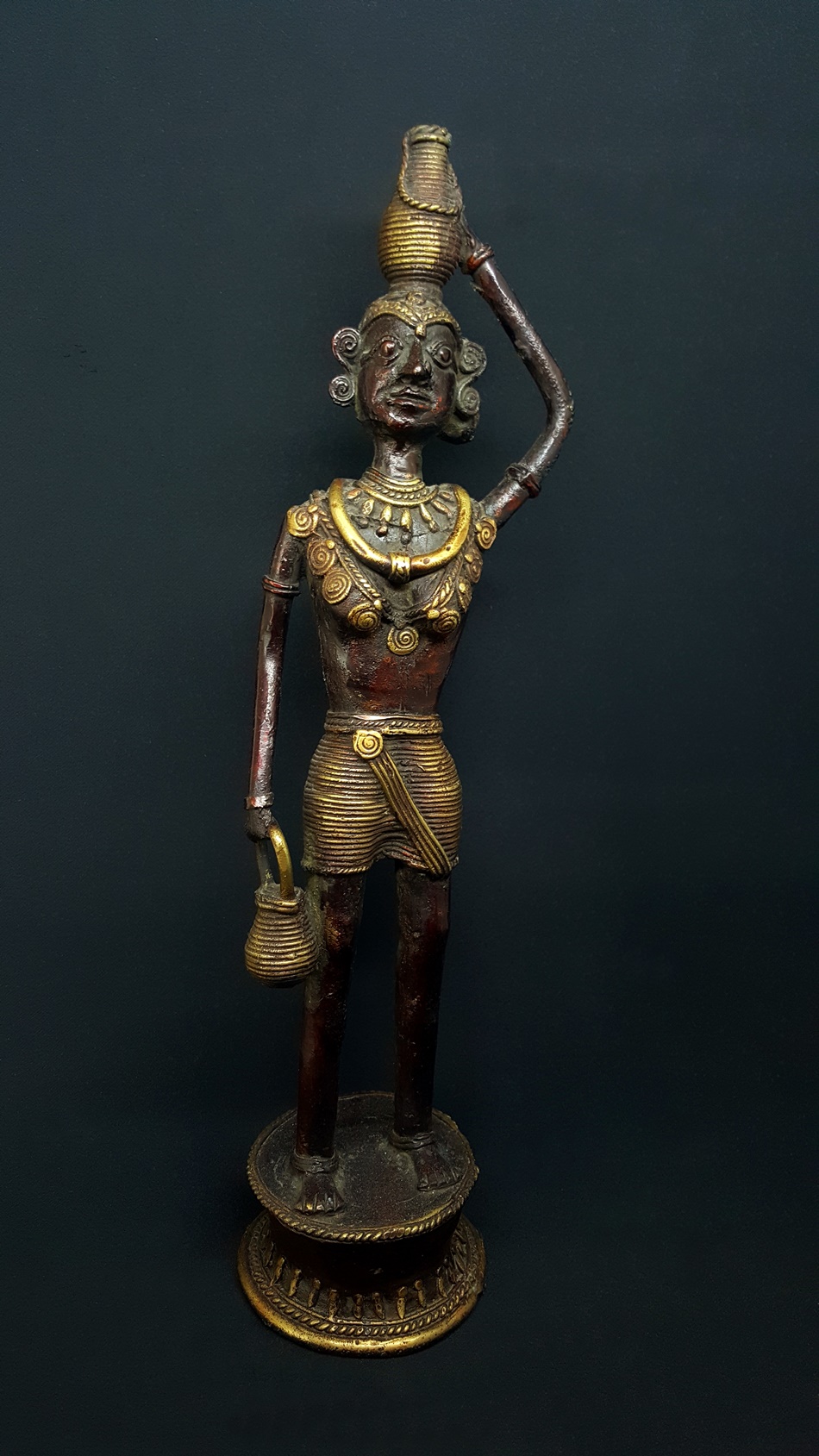 
The simplicity of the features, of the body, the hieratic aspect of the posture, of the glance as well as the predominance of the jewels plunge us in the heart of the tribal world. More... 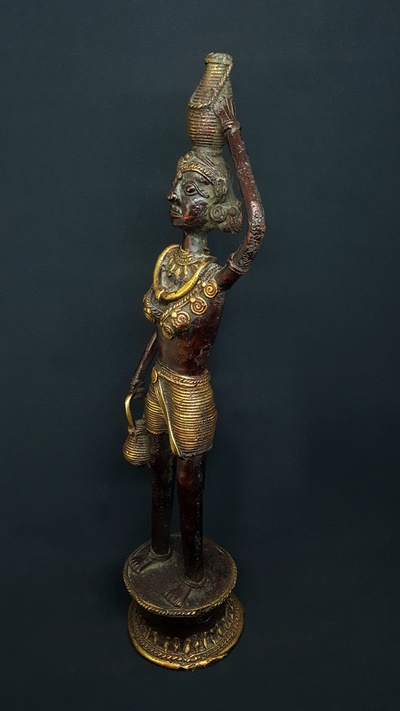 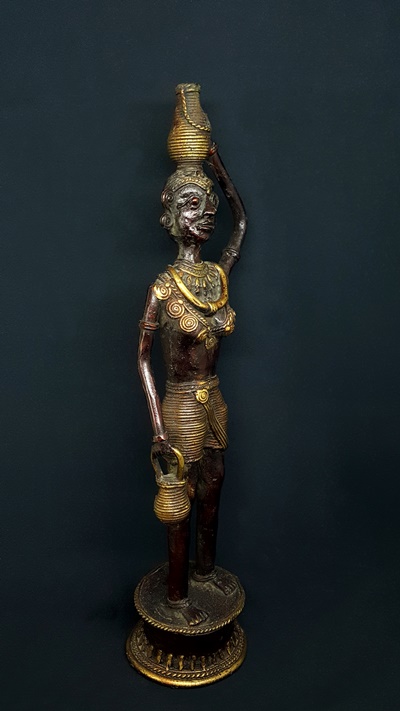 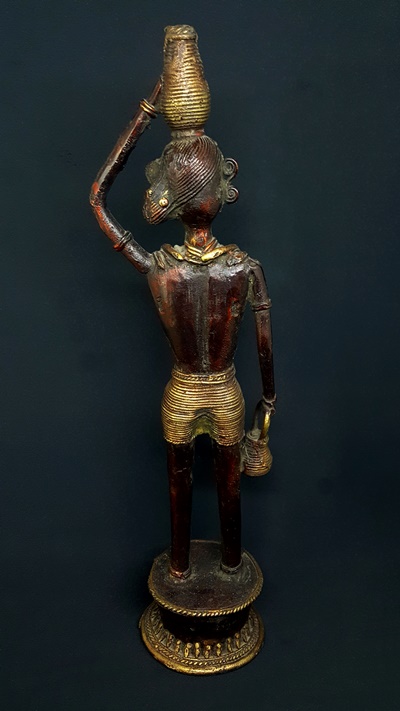 Posture Standing with her feet firmly planted on the ground, this woman returns from the river with her Tumbas (made from a vegetable) filled with water. The bust is straight, the knees are barely drawn, reinforcing the feeling of straightness: this woman gives off an impression of strength despite the difficulty of the task.

Jewelry Several necklaces follow one another in cascade and end with a very long necklace made of coins which descends to the level of the navel and elegantly masks his chest.

Despite the daily physical labor, this woman is adorned with her most beautiful jewelry. 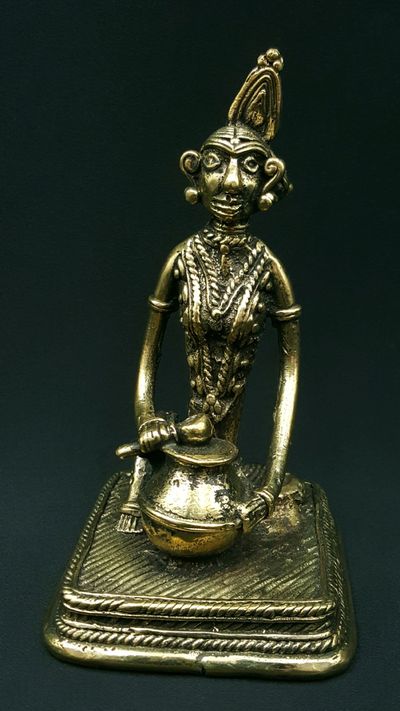 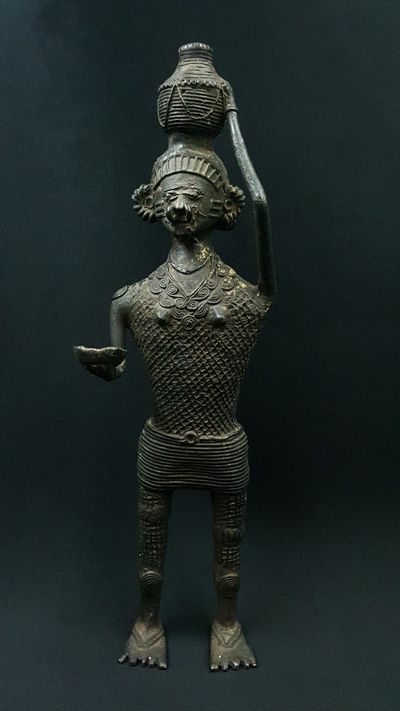