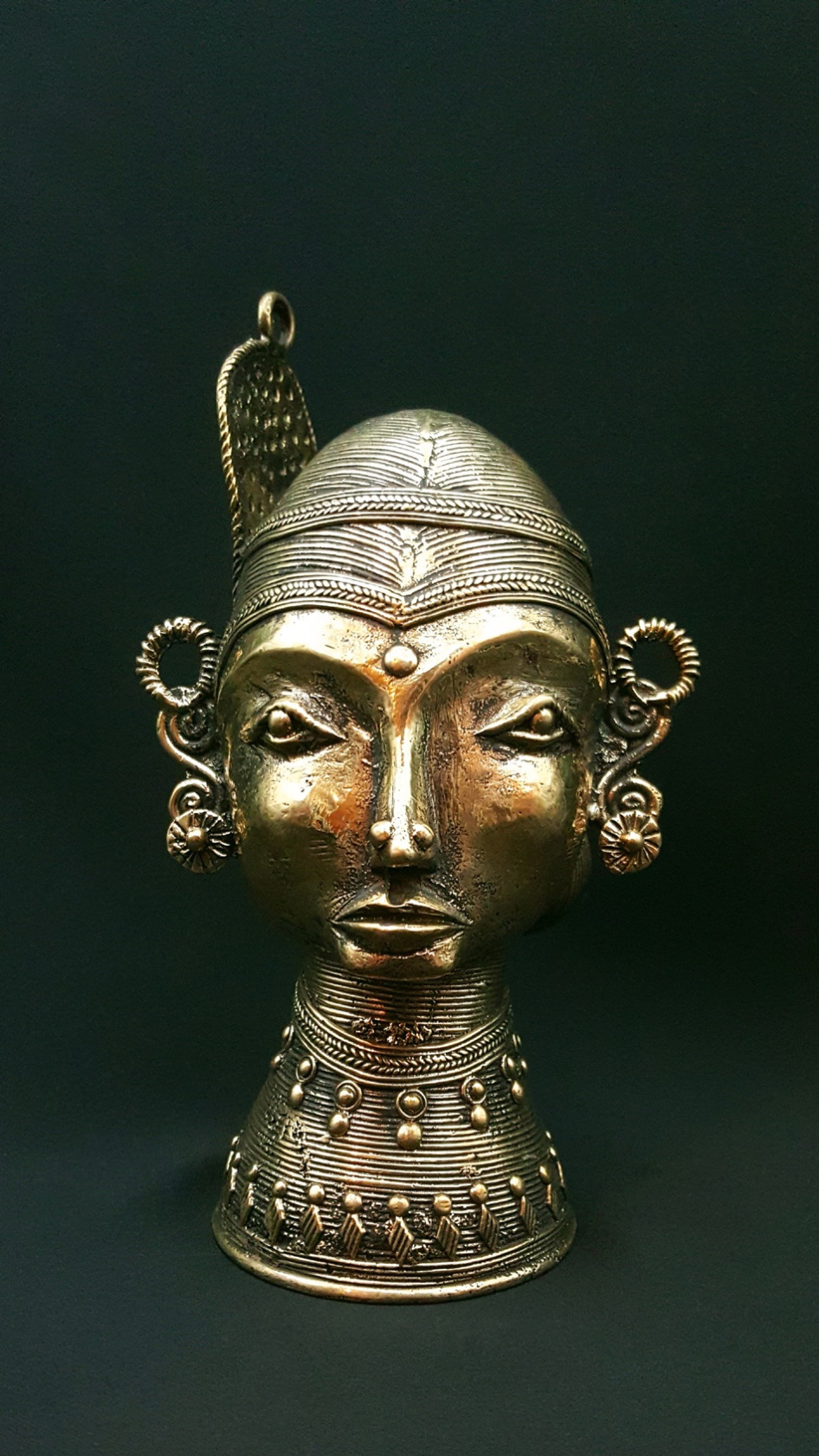 
This statuette of South Indian tribal art, made of brass, represents the head of a Bastar woman adorned with a festive headdress. Traditional handicraft work. More... 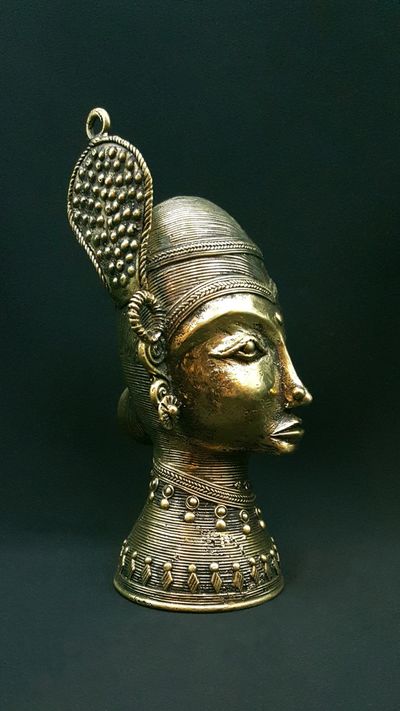 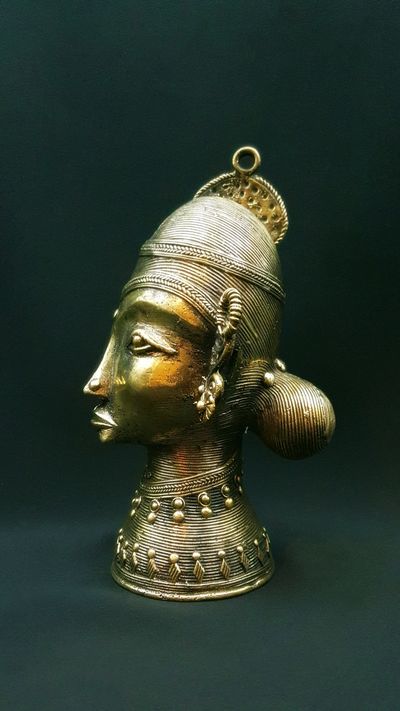 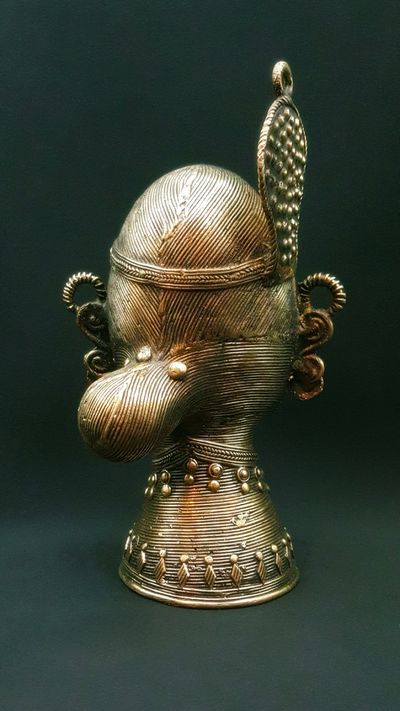 
Bust Head of a woman decorated with a festive headdress with a large feather, on the left side. The ears, represented by a simple S are decorated with four magnificent earrings.

The facial features are delicate, reduced to their simplest expression without superfluous details. The bridge of the nose is long and delicate, the chin almost absent, the eyebrows are non-existent. The expression of the face of this woman is centered on the look: distant as inaccessible.

Please note: Among the Bastar people this statuette is always accompanied by the male bust.