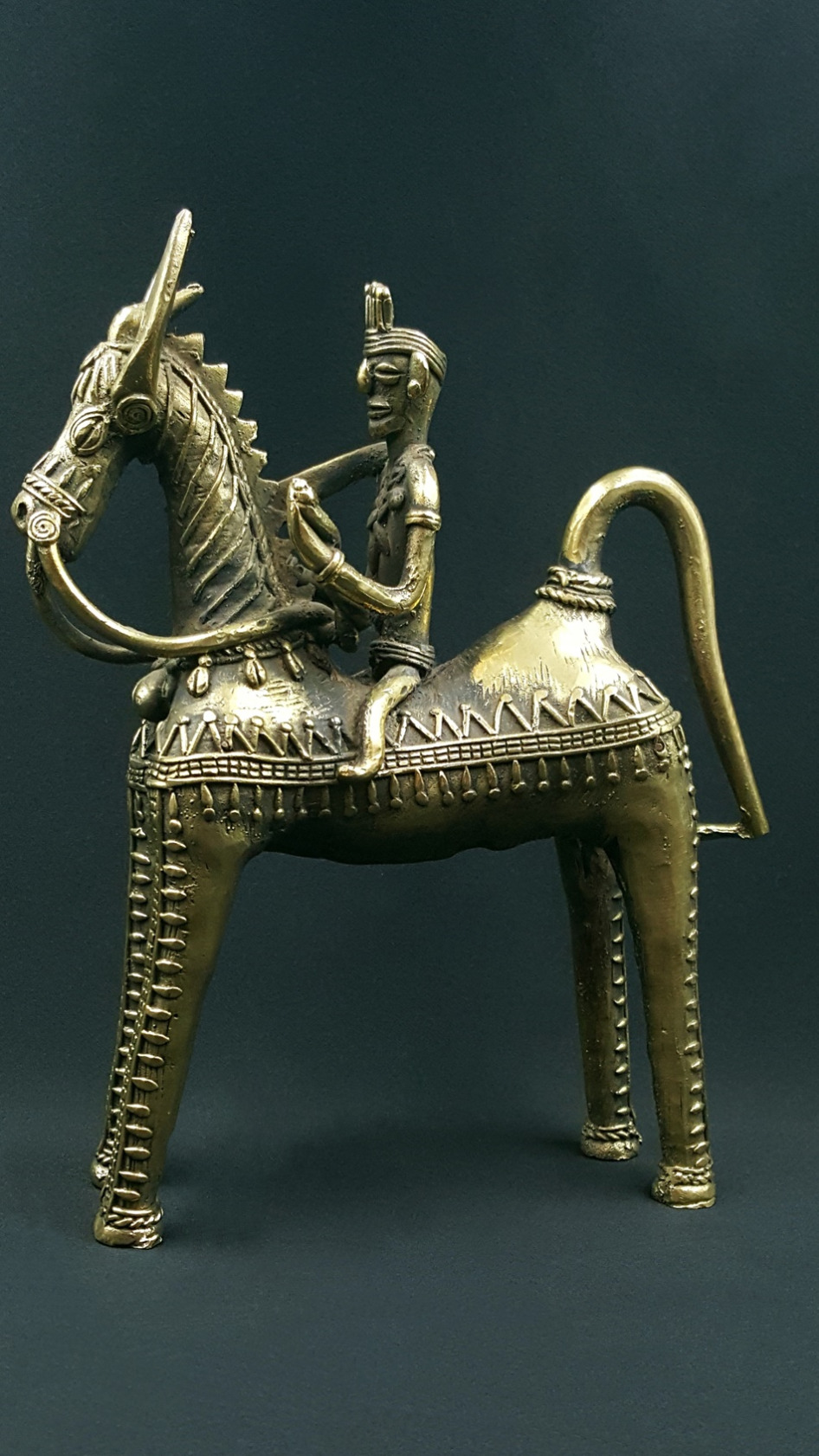 
Bastar tribal sculpture in brass of South India representing a horseman on his steed: the disproportionate horse takes all its warrior value. More... 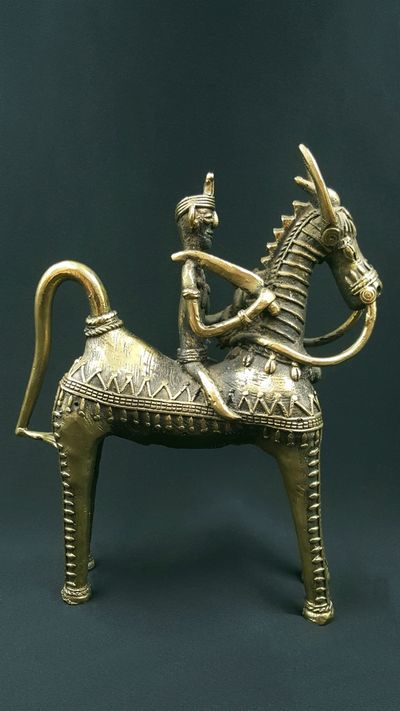 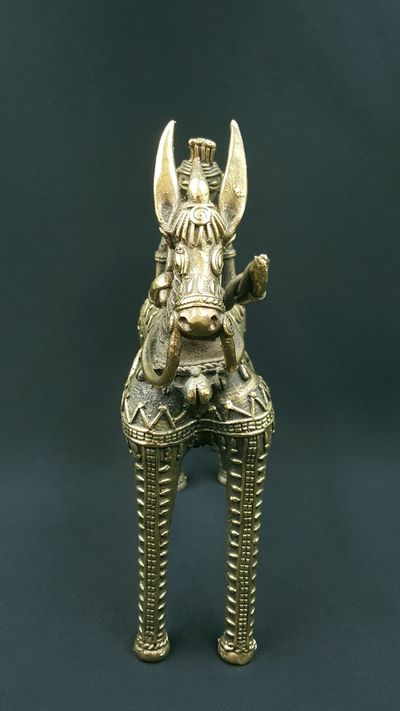 The horse : It takes the preponderant place in this statue: disproportionate, the rider appears very small, the head not exceeding the ears of the horse which have an impressive size. The horse's attributes are there to show us its importance: ceremonial dress with numerous decorations on the legs, neck and body, very beautiful harness with a bit and a halter adorned with jewels and bells, braided mane ending at the top with a tassel pointing to the sky. The tail is raised, pridly straightened in a proud attitude: the horse and the rider strut around and show their beauty and their strength.

The rider The rider is standing upright in the middle of his horse's back. One hand holds the bridle and the other his sword, which rests on his shoulder in a demonstrative attitude. He is dressed in a simple loincloth, a scarf and a beautiful ceremonial collar.