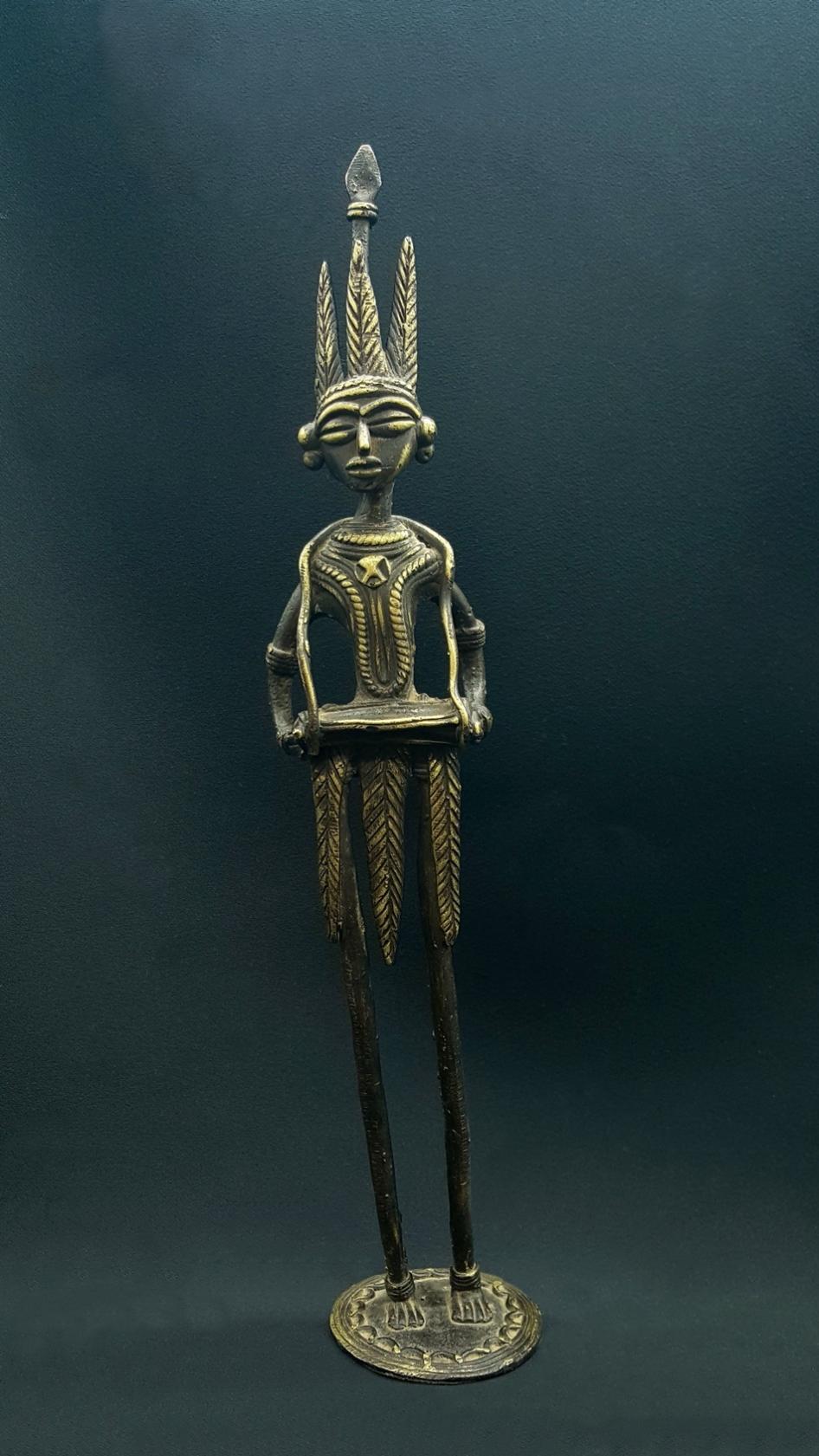 
Brass statue of Dokhra art : Music and festive dress during a ceremony. Elegance and simplicity for a dive into the contemporary Indian tribal tradition . More... 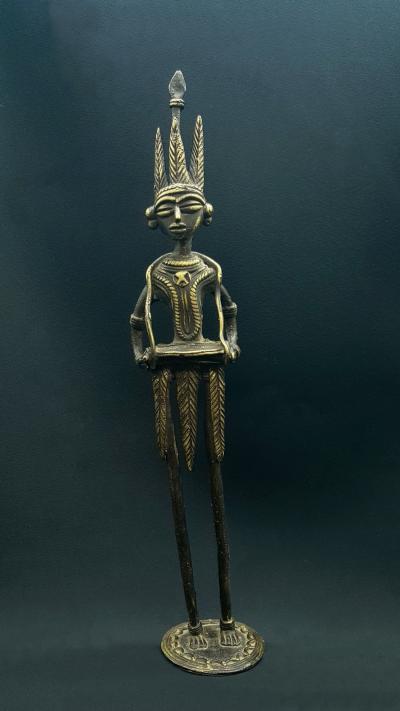 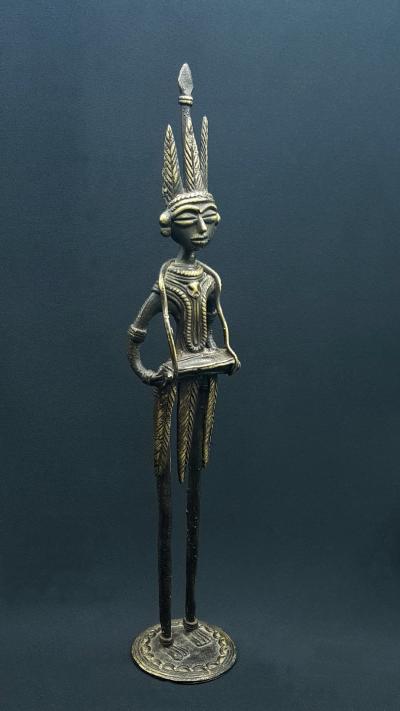 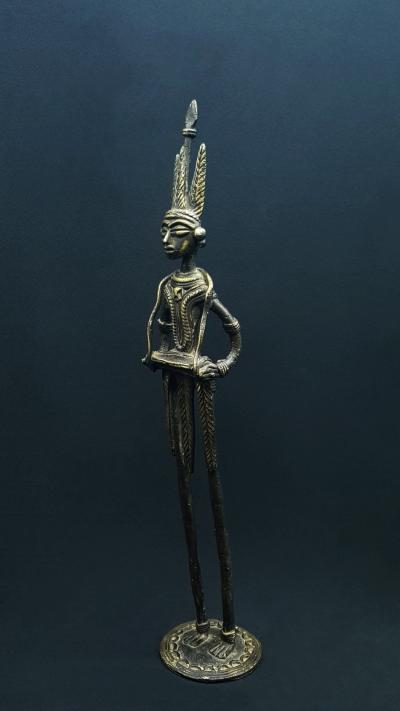 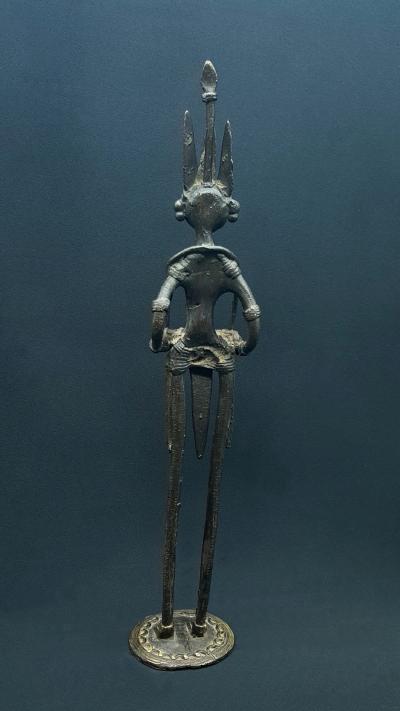 The tribes, practicing the Dokra art, come from the region of Bastar, in South India (today located in the state of Chattisgarh), they emigrated several centuries before and settled everywhere in India from North to South. Most have kept their tradition (culinary art, clothing, parties) and their animist religion.

This traditional and artisanal art has not changed for millennia (more than 4000 years) and the technique used is still that of the lost wax: a coarse clay model is made then covered with wax by the artist who will give it its final form with its details. The whole is again covered with a clay mixture then heated in an open hearth where a copper alloy will be poured. see Blog.

The objects produced by the Dokra artists can be of a usual nature: cup, candle holder ... musical instruments (brass), or artistic such as jewelry, animals: horses, elephants, turtles ..., statues of 'men and women representing scenes of daily life and Hindu deities adopted by the tribes: Ganesh, Lakshmi, ...


Posture Standing in a slender attitude, the straight head is adorned with the typical tribal headdress made of feathers and topped with a bun, which in this statue, all in verticality, are represented above the headdress.

The body is almost filiform, the legs are disproportionately long, accentuating the musician's height and the impression of lightness.

The features are as pure as possible, with few details at the level of the face : they underline the eyebrows and the almond-shaped eyes. An impression of solemnity emerges.

The clothes are limited to a loincloth made from foliage. The torso is magnificently decorated with many necklaces which underline this festive moment.

In this statue we find one of the themes dear to the Dokra: music which is also very present everywhere in India. The drum or Dholak is a very widespread instrument in India, there are many variations and the methods of manufacture vary according to the tribes and their geographical location : it can be made from the resources of the forest, is easy to transport...

It holds a great place in many sacred ceremonies : animist rites, dances during wedding ceremonies... The music is played for hours at the same tempo, a bewitching melody that is often accompanied by dances in which women and men participate together.