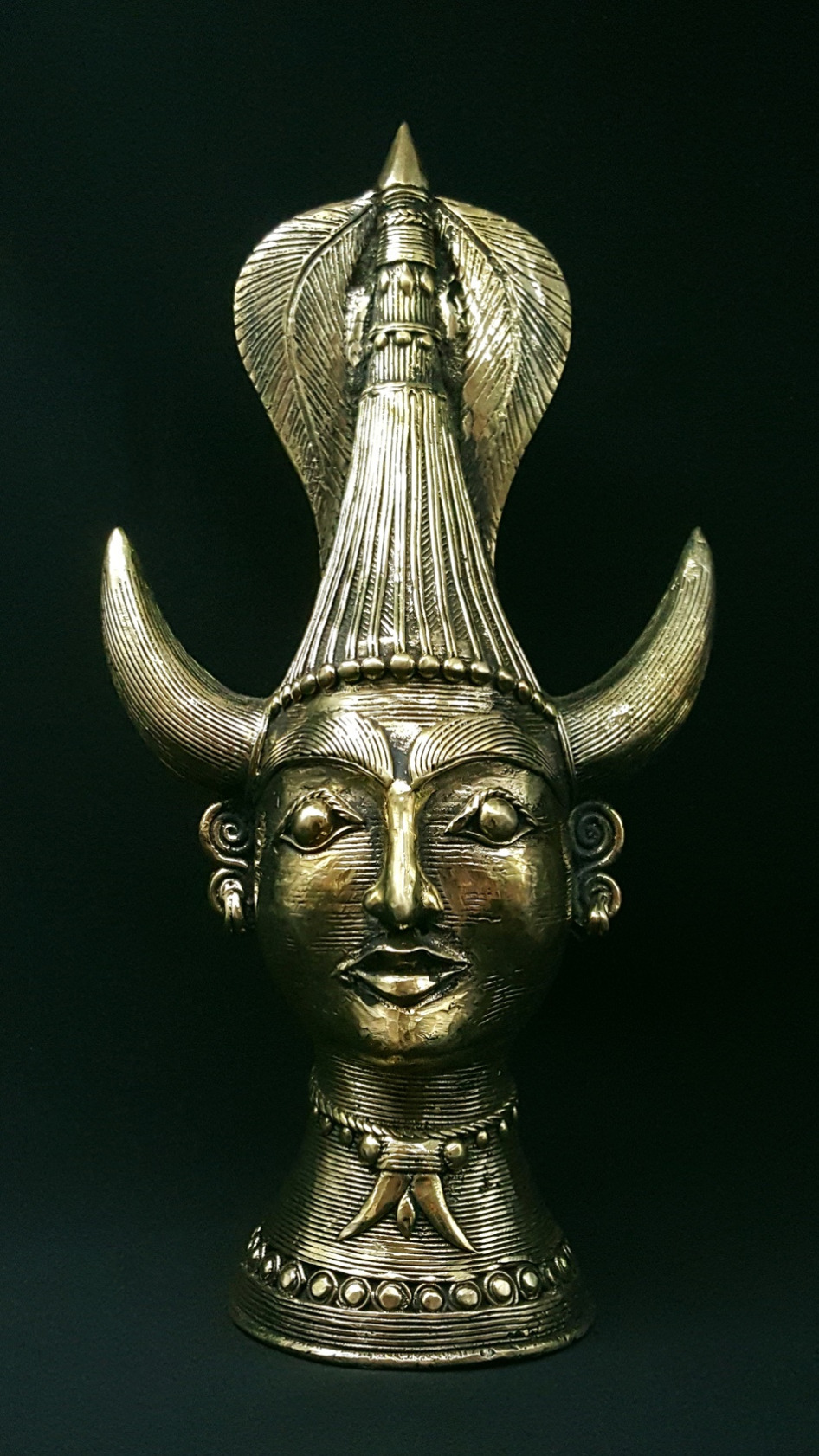 
This statue of South Indian tribal art, made of brass, represents the head of a Bastar man adorned with a festive headdress. Traditional handicraft work. More... 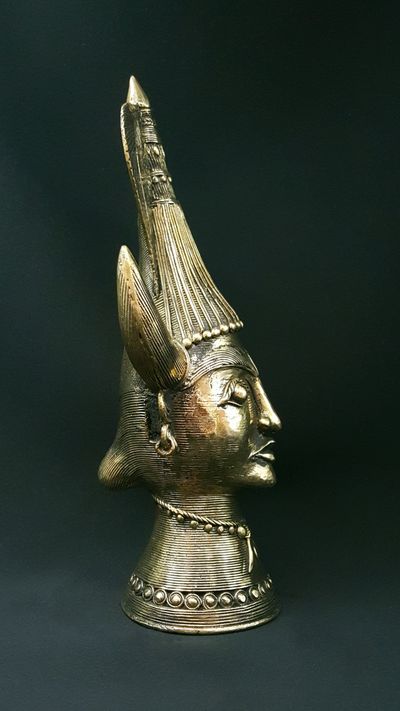 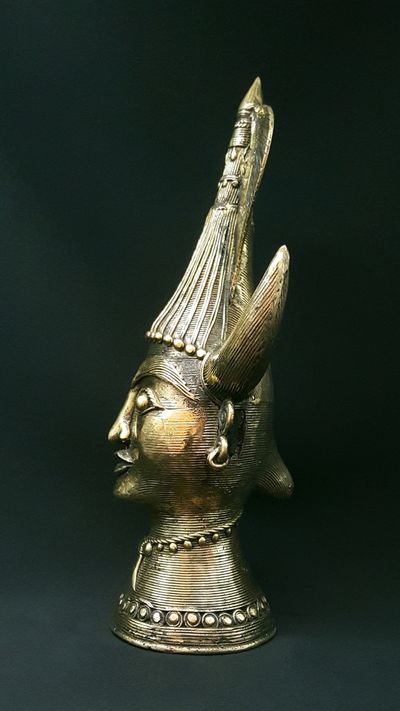 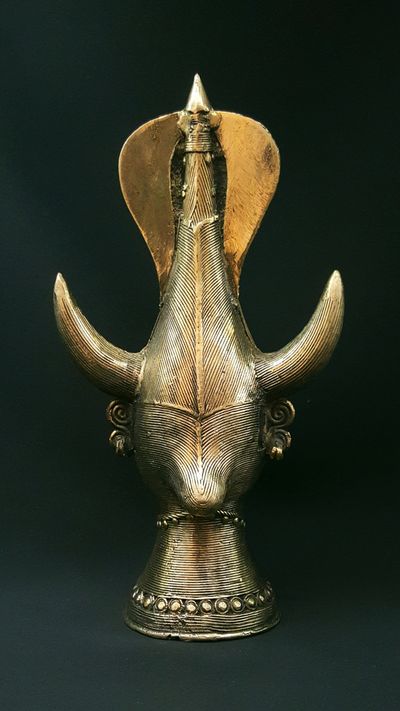 Bust Bastar man head decorated with horns typical of the tribe of Abhuj Maria: these buffalo horns are worn by men at parties: the dances are performed jointly with women who are also dressed in their most beautiful clothes. The hair is raised in a bun and held at the top by a jewel and feathers of forest birds.

The face is well balanced and proportioned, the ears are simply represented by an S.

Jewelry A magnificent necklace with a seashell adorns this man's slender neck.

The facial features are delicate, the lines are refined to the maximum: the almost hypnotic look of man is thus at the center of expression. The very stretched eyebrows, joining on the bridge of the nose reinforce this impression.

Please note: at the Bastars people, this statuette is always accompanied by the female bust.