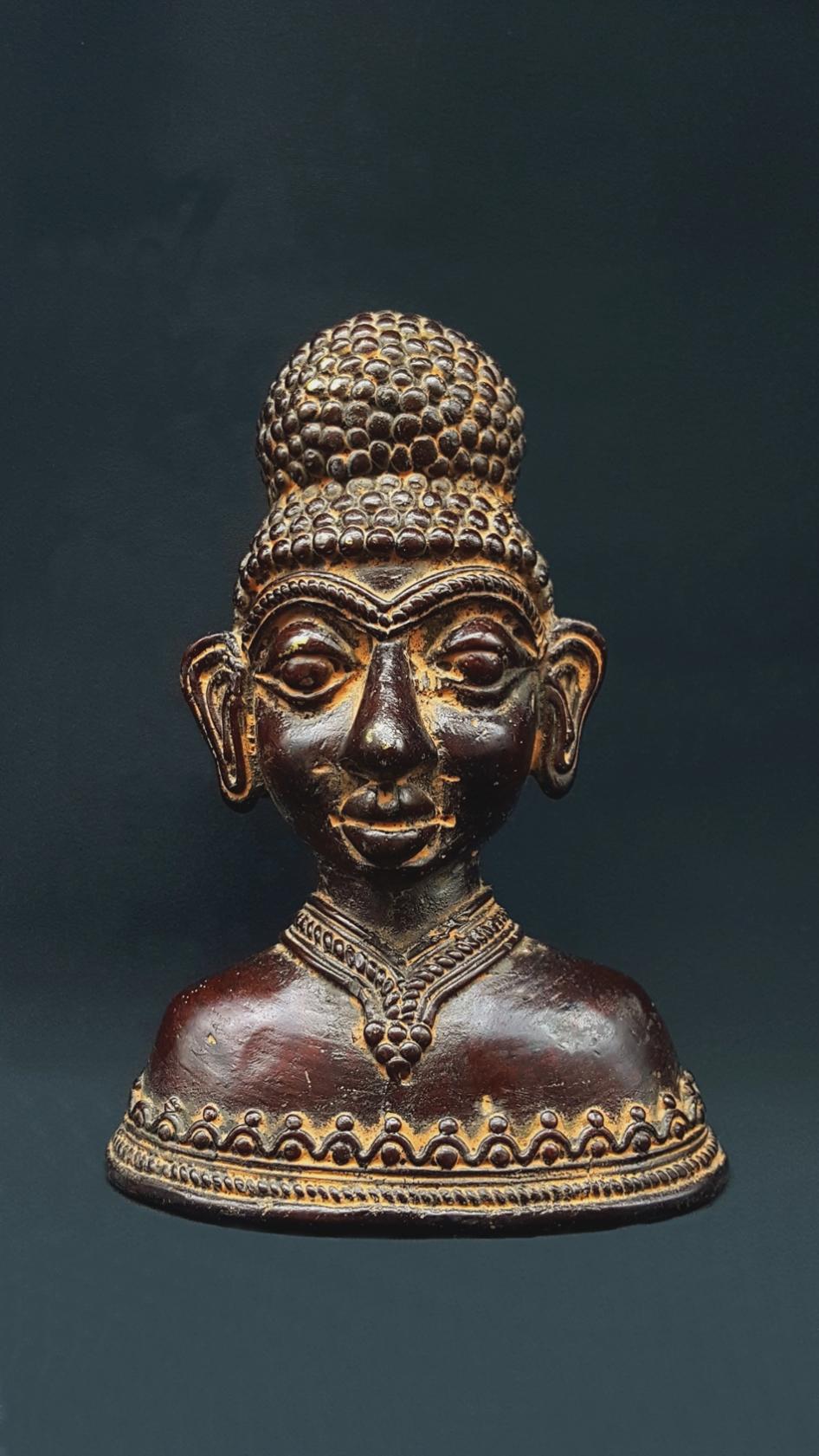 
Bastar tribal statue in brass from South India representing a woman's bust with a beautiful bun: great sobriety in the execution of the artist's work. More... 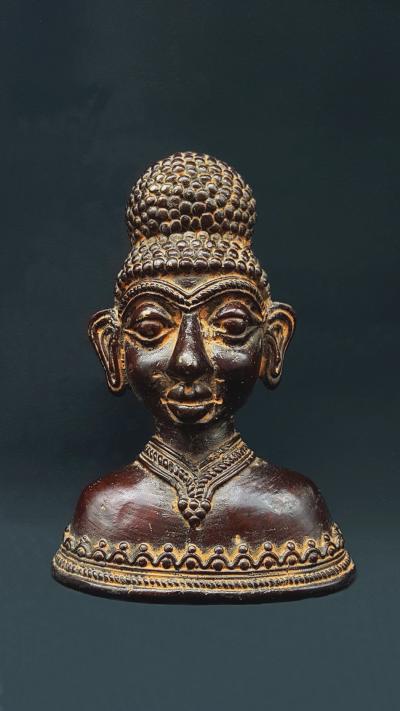 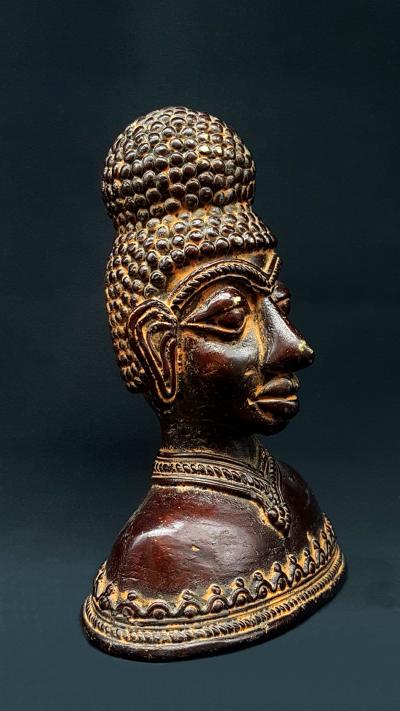 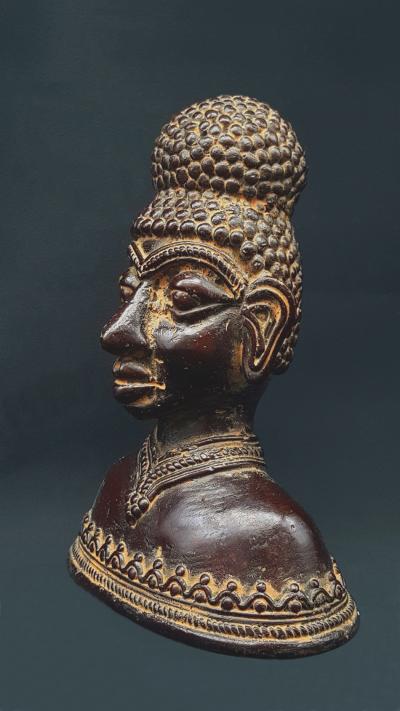 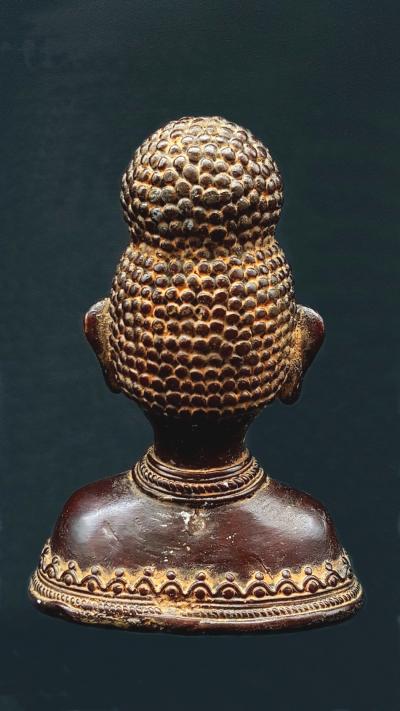 This tribal Indian art has not changed for millennia (more than 4000 years) and the technique used is always that of lost wax: a coarse clay model is made and then covered with wax by the artist who will give it its final form with its details. The whole is again covered with a clay mixture and then heated in an open hearth where a copper alloy will be poured. Visit my Blog.

Bust This Bastar woman thanks to the simplicity of the facial features, reveals an unadorned beauty: the bun, reminiscent of the hair of the Buddha with the characteristic hairstyle made of curls of hair and the unisha at the top is preponderant: it gives verticality and gravity to the face.

The features of the face are delicate, little marked. The forehead barely appears, masked by very pronounced eyebrows.

The expression is peaceful, serene. The jewels are absent, except for a large necklace, very sober, which adorns the chest, giving an additional touch of femininity.

The artist, by choosing a minimalist expression, figures a great interior depth. 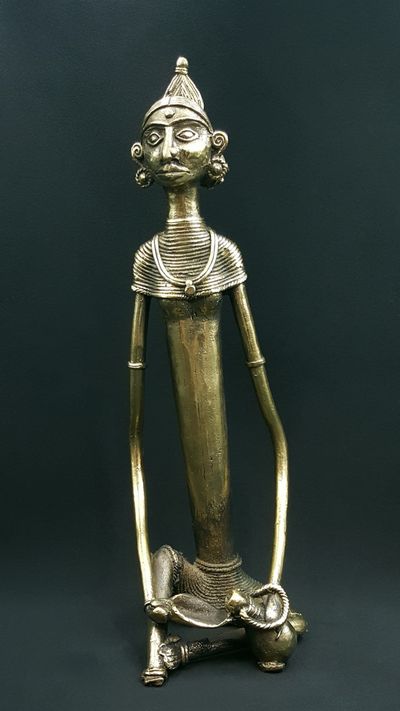