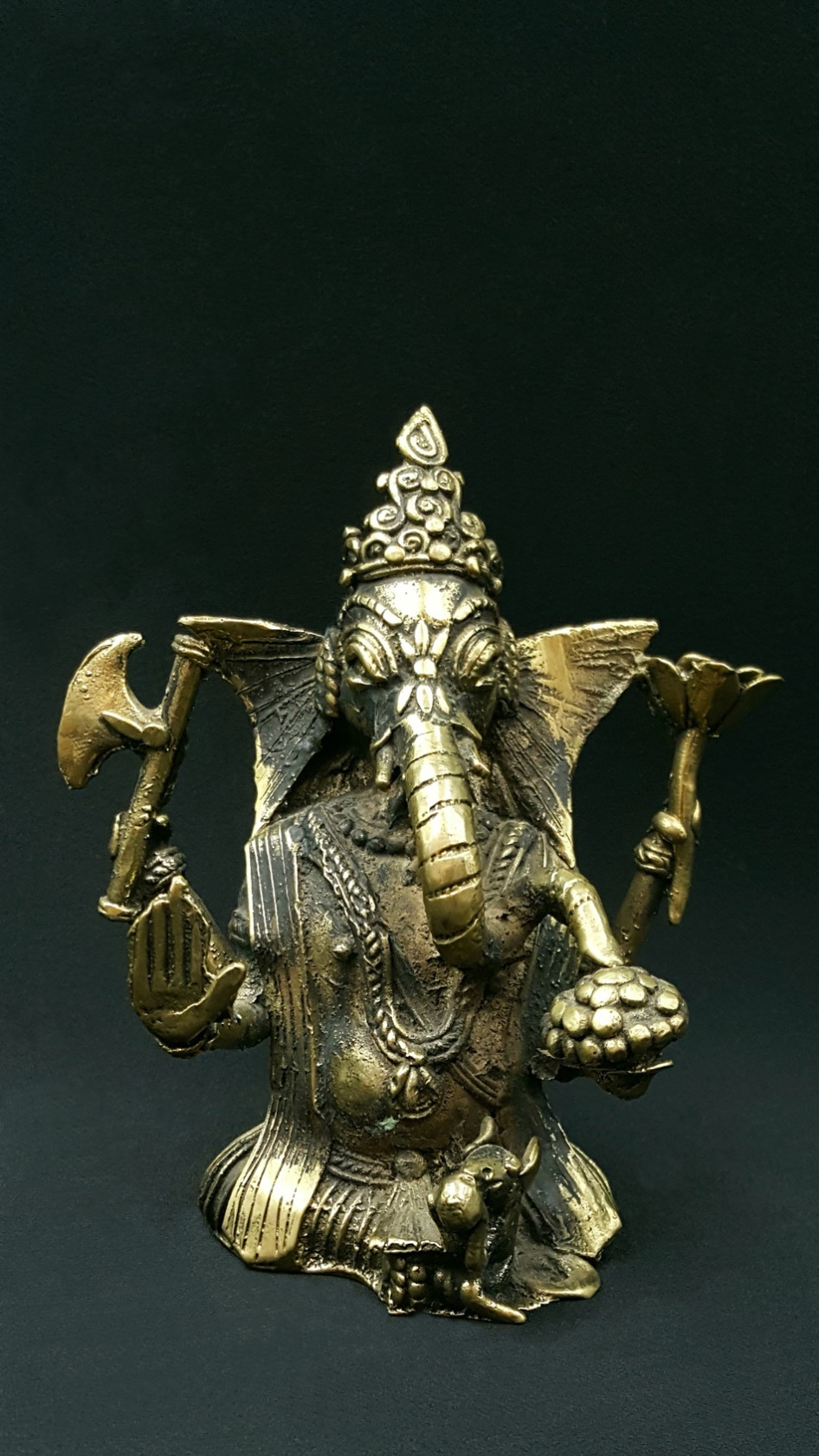 
Tribal statue of Ganesh: seated, his 4 arms bearing his strong symbols: the lotus, the laddhu (sugar candy), the axe and the hand making the gesture of protection. More... 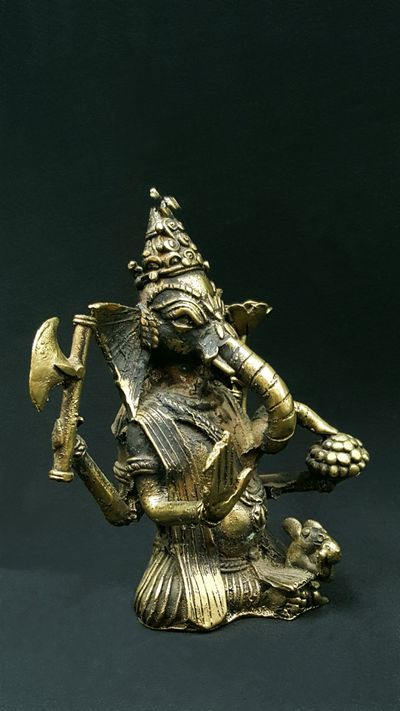 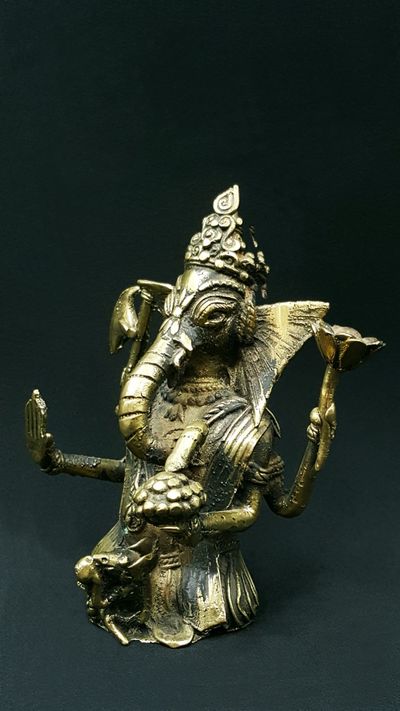 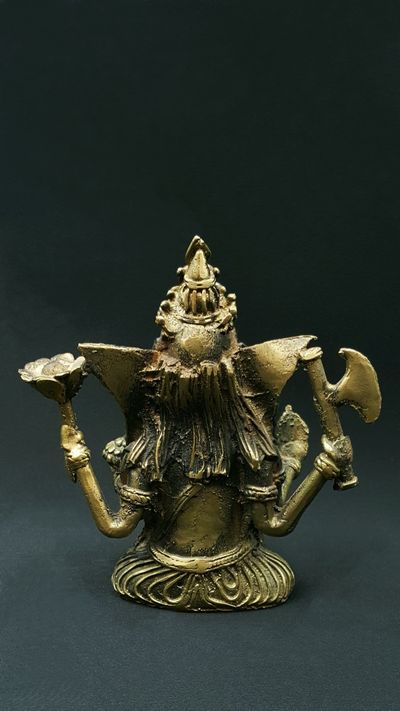 This traditional and artisanal art has not changed for millennia (more than 4000 years) and the technique used is always that of lost wax: a coarse clay model is made and then covered with wax by the artist who will give it its final form with its details. The whole is again covered with a clay mixture and then heated in an open hearth where a copper alloy will be poured. see Blog

This statuette of Ganesh symbolizes: peace

Headgear His head is crowned by a tiara (Kiritamukuta) - symbol of royalty and his forehead is adorned with a diadem which descends to his trunk.

Mount The rat - Mushaka - symbol both of lust and disease but also of prosperity and wealth, of intelligence-. The rat can represent Ganesh alone: it emphasizes the ambivalence of Ganesh that unites the opposites: big/small - half animal/human half - lively spirit in a massive body. Doesn't his belly include the whole universe?

Attributes and weapons The battle axe is the symbolic weapon which cuts through the bonds of ignorance and attachment. The lotus symbolizes the maternal breast (origin of life) and wisdom: knowledge, which leads to awakening, purity (and therefore the transformation which allows the expression of beauty in a marshy environment), peace. Laddhu, a sugar candy, represents sweetness, pleasure and comfort.

From your previous researches