Indian statue art: the attributes of the Hindu gods 3 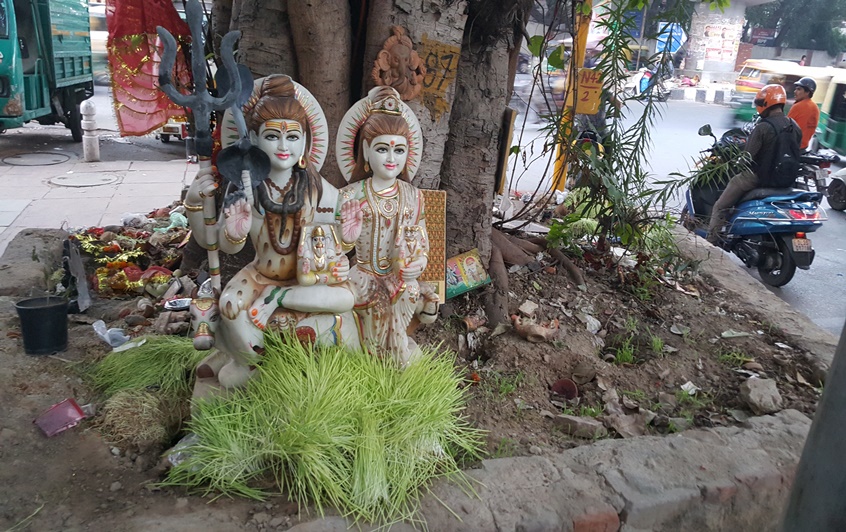 Indian statue art: the attributes of the Hindu gods 3

Lotus
Padma symbolizes purity, beauty, perfection. It is the mother's breast, the matrix from which all things come. It is the seat of the feminine principle, the Shakti.
The lotus gives a flower of all beauty, whereas it comes from a swampy, obscure, repulsive environment: it therefore represents the possibility of transformation, of elevation.
So it is the throne of the gods from which they emerged.
Each part of the plant has its own meaning and the lotuses of different colours underline, in the pictorial iconography, different qualities: pink the sun, white the purity.... 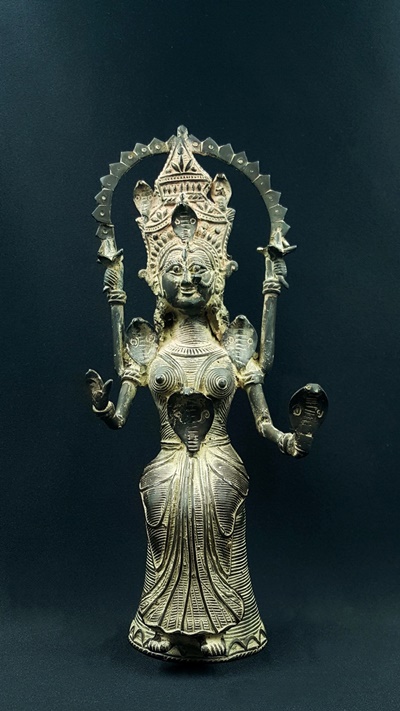 Crescent moon
Chandra, universal sign linked to cycles, seasons, fertility, time.
The moon is also the cup that contains Soma, the liqueur of immortality. It is found in Shiva, Ganesh...
Mirror
Darpana underlines the emptiness: the mirror is a neutral witness, it reflects everything but does not identify with anything. Its neutrality is total: it doesn't judge, doesn't compare, doesn't denigrate and doesn't seize what is presented to it: it is a formidable symbol of pure consciousness.
It can also signify, more concretely, the attachment to what is unreal, namely the reflection, the surface of things (which is thus illusory (Maya) in the sense that it is only an apparent reality like a mirage): the manifest as opposed to the absolute which is the essence of reality.
The mirror carried by certain goddesses, notably Durga, can illustrate the vanity of things, the ephemerality of existence. It is then also a lunar symbol.
Drawstring knot, lace
Pâsha is used to capture demons, a representation of ignorance, false beliefs, poisons that inhabit us. The lace can also illustrate bonds, attachment. 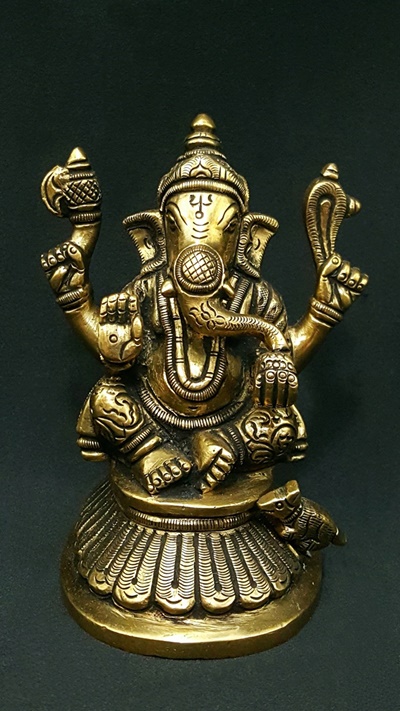 Food
Modaka, most of the time, these are fruits or sweets (Laddhu, very present with Ganesh, is a dessert particularly appreciated in India) which mark at the same time the physical food, the abundance but especially the spiritual food necessary for the disciple.
Gurus and disciples very often make offerings of sweets: it is also a way of bringing sweetness, a form of comfort to all those who suffer. It is not uncommon for the Guru to offer sweets at the time of the farewell greetings to the faithful who have come to see him.
Parasol
Chattra, symbol of royalty, illustrates the protection of the deities.
Peacock feather
Mayura-piccha figures immortality just like the peacock itself. 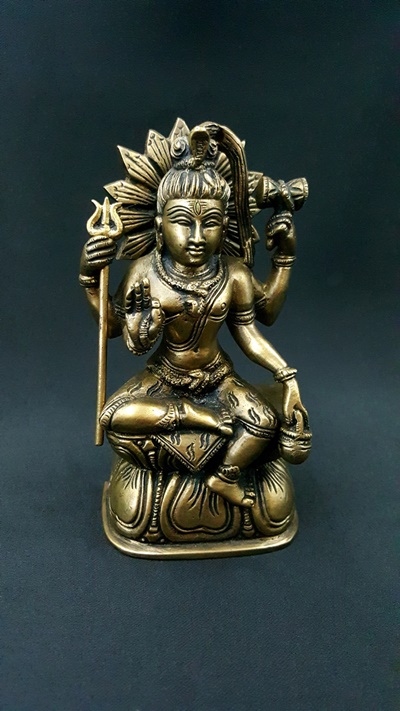 Water pot
Kamandalu indicates the fertility linked to water: it is represented with the deities of the waters but also with those symbolizing asceticism: it is part of the attributes of the sannyasins, itinerant ascetics.
Ploughshare
Hala, the land, agriculture and thus control of nature (in the sense of underlying instinctive forces).
Vase
Kalasha : abundance-wisdom-immortality

The attributes that accompany the deities provide us with a lot of very precious information: they are there to help the disciple on his journey and serve as factors of constant reminder. If the disciple is attentive during his daily rituals, the image of his Ishta Devata (his chosen deity) will constantly provide him with matter for practice, reminding him of the essential teachings of his spiritual path.

The attributes (as well as the whole of the statue: postures, mudras, clothing, mounts...) give indications at different levels:
- Reminder of the primacy of the absolute over the manifested form: the lotus, the conch, the lingam, the chakra.
- Explanation of the great laws of the universe: law of change/impermanence, law of the 3 gunas through symbols such as the trident, ...
- Presentation of the qualities necessary for discipleship, embodied by the powers of the deities: courage, benevolence, gift, perseverance, knowledge... in a form of exemplary and encouraging.
- Vision of the many obstacles to be overcome: illusion or ignorance, attachment (to beliefs, desires, material goods...), blindness...
- Expression of useful means through weapons, books, food, fire...

The Hindu tradition through images, sculptures and great epic tales of the deities function by allegories. The fights figure prominently there, especially in the Ramayana, highlighting many qualities necessary for daily life (courage, bravery, fidelity, service, perseverance...) but the most important is the message transmitted to the disciple. The Sadhana (the spiritual path) is difficult, long, full of pitfalls: awakening is possible but it requires a lot of efforts, perseverance and qualities: the statues are one of the aids (along with the Guru's teaching, the rituals...) made available to the Sadhaka.