A brief history of art in India 3: medieval period and the Chola Empire 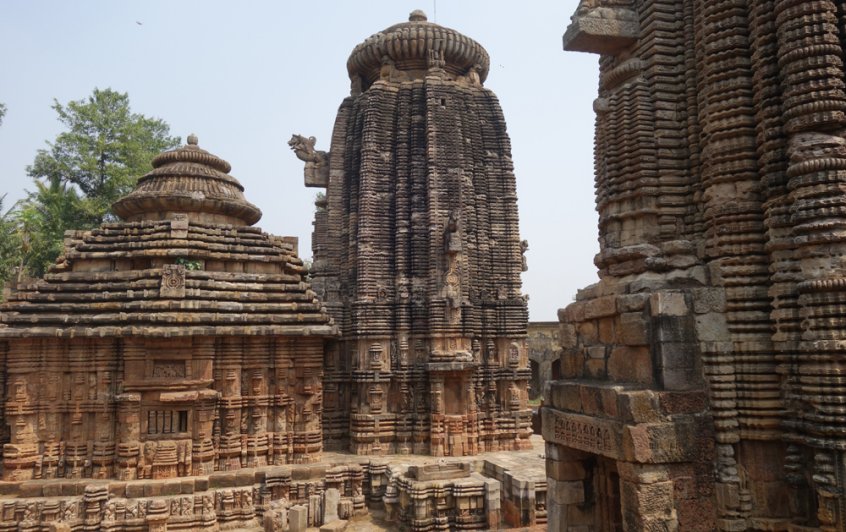 A brief history of art in India 3: medieval period and the Chola Empire

The representation of Buddha is human and static. In Hinduism, dynamism prevails: Shiva or Ganesh dancing, Kali dancing on Shiva's body, Durga slaying the buffalo demon ... Deities often have many arms that suggest movement just like the animal vehicles that accompany them.

Sacred sculpture is conceived as one of the modes of spiritual transmission: the divinity, her posture, the movements of its body, its hairstyle, the attributes chosen ... are sources of teaching.

Many regional styles developed during this period, closely linked to the local kingdoms: the dominant style was then enriched with particularities specific to each region. Thus, although sacred sculpture responds to conventions, a great wealth of expression and style flourishes in India : for example, there are a very large number of representations of Ganesh : his "face" alone, takes many forms depending on the style, the place of production and what he embodies. : knowledge, wealth, luck ... Today creativity is still alive, new forms appear, often in a very pure style.


A rich and turbulent medieval period
During our medieval period (8 ° -13 °) India is divided into multiple kingdoms with changing borders. We can mrntion some preponderant schools.
The Pala school (8-11 °) corresponding to Bengal State and the current Bihar State, the Sena school succeeds in Bengal State to that one of the Pala: this dynasty is a follower of Orthodox Hinduism. The style of the temples is characterized by a curvilinear sanctuary tower (Sikhara) preceded by a hypostyle hall (mandapa). The temples of Muktesvara and Rajarani (Bhubaneswar) are perfectly representative of these architectural achievements where mastery of sculpture is perfect.

In southern Hindu, the Pallava dynasty dominated India from the 4th to the 9th century AD: it is known for having built the magnificent complex of monuments to Mahaballipuram (carved out of granite) but it is above all the Chola dynasty (9 ° -13 °) which succeeded it, which is famous for its statuary art: this era marked the apogee of bronze. It also corresponds to a period when deities began to come out of the temples to be shown and honoured in processions.
The Chola artists are recognized for the high quality of their work, the great finesse, the elegance of their achievements: they used the lost wax technique.
The most representative model is the Shiva Nataraja: the dancing King Shiva surrounded by the disc of fire.

From the 11th century onwards, Northern India suffered repeated assaults from Muslims, Turks, Mughals who gradually conquered it, Southern India, and especially the Vijayanaga dynasty (14th / 16th) resisted it before the arrival of the United Kingdom. From the 13° the artistic styles evolve little but show a beautiful resistance to foreign influences.