Shiva is a complex deity, rich in teachings and symbols: he is ambivalent. Shiva is both terrifying and beneficial: he embodies the destruction which allows regeneration, which allows liberation (moksha): liberation from identification with forms, with the ego, with attachment to the past - to our conditionings which prevents us from rediscovering our primordial nature, pure consciousness - the atman.

He thus represents the union of opposites: manifested/non-manifested, masculine/feminine, darkness/light..... He is often described by a qualifier followed by its opposite: pure/ impure, hot/cold, peaceful/violent, lover/ascetic ... because he embodies the manifestation in its entirety and the means to free oneself from it. He is beyond pairs of opposites.

Shiva, the lord of Sleep

Fundamentally Shiva represents the Absolute, the Self, the primordial nature of each one of us: he reminds us of the state that precedes manifestation. The Lord of Sleep is the one who allows consciousness to take shape: we must understand sleep in the sense of deep sleep, the one without dreams, where the being ceases to identify itself with its body form (as well as its emotions and thoughts) and regains its fundamental nature.
At a more metaphysical level, this sleep is to be understood as the state that precedes incarnation in a form, it is thus a happy state: to find this state is the goal of all Sadhâna or spiritual path, it is liberation, awakening, the end of attachment (in the sense of bond). 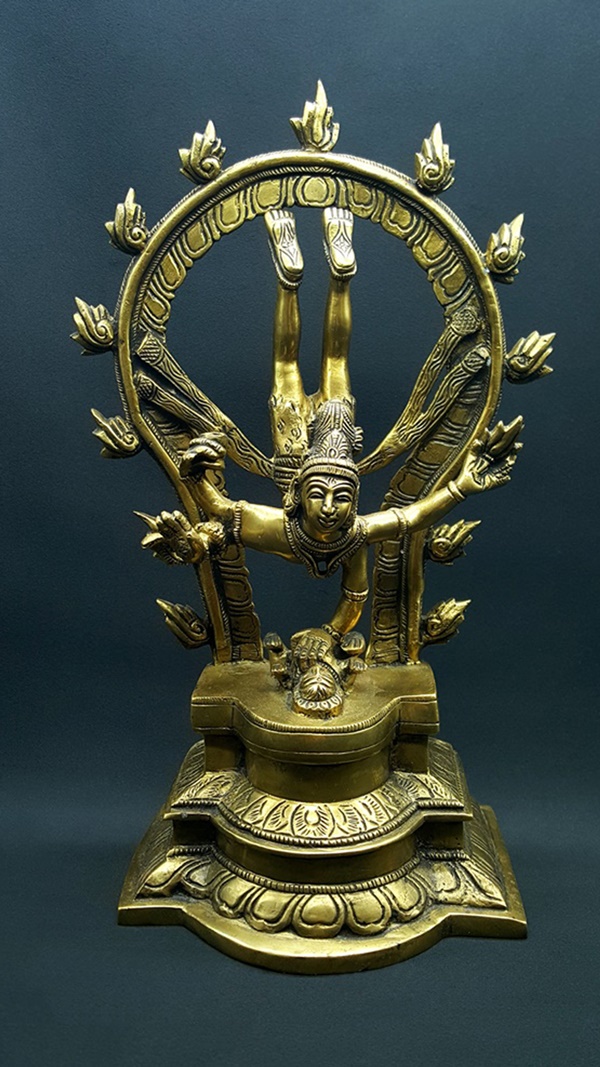 Brahma embodies force or Gunas Rajas (creation-expansion), Vishnu, Sattva, balance, cohesion and Shiva represents Tamas, disintegration, darkness, inertia: these three forms of energy are always at work together, they are inseparable. A form (a living being, just like a mountain, a cloud, a monument....) is born, develops, grows, expands, reaches its fullness, then begins to age, decline, waste away and finally die (according to a time scale specific to each form), transforming and being reborn in another form.
This is true on the scale of an existence but also every day, at every moment: a breath, a word, a meal....
Shiva thus symbolizes both the disintegration of the form but also the return to unity, the primordial one, the state of pure consciousness.
At this level, he can also be venerated as Sadhashiva, Shiva in his supreme form, he is represented with five heads and ten arms.

In Vedic times, the name of Shiva is little honored. It is Rudra, the lord of tears, embodying the destructive, terrifying aspect of the god who is revered while Shiva, his beneficial side is secondary.
In the Vedas, Rudra is a powerful and feared god: he symbolizes destruction in its pure state, the faithful seek to appease him to avoid his wrath which translates into disease, storms (the Howler), disasters ... death. His name must not be pronounced under penalty of bringing misfortune upon oneself or one's loved ones and he is invoked to grant his mercy:
"Do not strike us in our sons, nor in the duration of our days. Do not be insensitive. Do not harm our cattle or our horses. Do not slaughter our heroes in rage Lord of tears! "(Shvetashvatara Upanishad, 4:22).
The origins of Rudra are considered to be very ancient, an archaic deity linked to primitive cults and rituals preceding the spread and domination of the Vedic religion. It is possible that in view of the strength of its local establishment, particularly in the mountains, Vedism may have recovered this deity to integrate it into its pantheon.

Rud means to cry, Rudra at his birth cries because he has no name. But his name also means "the one who makes you cry". He is also called the Howler (because he brings lightning and thunder), the One who takes away pain (at the ultimate level, death, the end of the form implies the end of all suffering). When he personifies anger, he is called: the furious Canda, the raging Candîkâ, the terrible, Ugra, the terrifying, Vibhishana. The form that is then attributed to him can be Bhairava, the Terrible, Hara, the Eraser.
In this sense he is also identified with Agni, the fire: the fire that illuminates, enlightens but also destroys (Rudra, at the ultimate level, is, like Brahma and Vishnu, considered to embody the creator, the ruler of the world).

Rudra thus represents the terrible aspect but also the active aspect of Shiva, the contemplative characteristics are rather embodied by the beneficial. 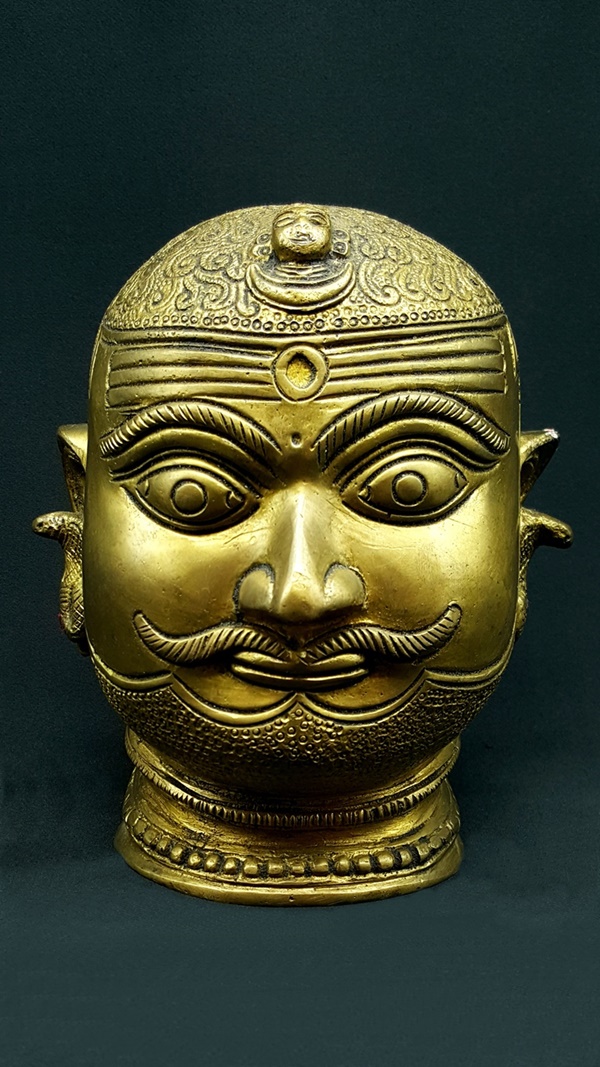 He represents the ultimate stage, the peace that nothing can disturb, the state without duality.
"When beings are tired of acting, living, knowing, enjoying and suffering and seek true rest in dreamless sleep, they return to the Lord of sleep, to stillness, to the abode of joy (Shambhu) in which the universe rests and falls asleep" Shiva Tattva.
Rudra-Shiva thus appears as terrifying to the ignorant, that is to say, to the one who lives in the illusion of identification with the ego, with forms, while his fundamental nature is beneficial, liberating.
In fact Shiva willingly bestows his blessings on all without distinction.
He is then called Shankara, the one who gives bliss, Shambhu, the benefactor...

Shiva, Mahesvara : the great god, The Lord of Transcendental Knowledge, he is considered the substratum of all knowledge. He is the father of the four modes of learning: Yoga, Vedanta, Semantics and Music, which appeared in the form of a mantra from his tambourine.

Shiva, Mahâ Yogin, the great Yogi: Shiva is the one who teaches the techniques of Yoga that allow the seeker to reach liberation: he shows us how to master the mind (beliefs, conditioning... everything that veils the ultimate reality) through the postures of the body, the breath and meditation .... He is the perfect ascetic, in that he is called "the master of reintegration". He is thus the god of regeneration, clairvoyance, awakening. The one who destroys illusion. He symbolizes the mastery of energies and their transmutation.
This teaching, accessible to all, was revolutionary and contributed to the change from Vedism to current Hinduism because it marked the passage from a religion, based on rites and whose transmission was strictly held by the Brahmins (priests) to a direct relation to the divine, accessible to all (just as the advent of the practice of Bhakti (devotion) was).

But Shiva, the 1008 times named (according to the Purana), is also revered as Maithuneshvara, the Lord of sexual union or Natesha, the Lord of dance, Pashupati, the master of the herds (as guide and protector), Kâmeshvara, the sovereign of desire ....

The fundamental attributes of Shiva

The trident: Vijaya (victory). The three teeth represent the Trimurti: creation - preservation - destruction (but also the three Gunas....). It is also a powerful weapon symbolizing lightning that fights demons.

The sword: Khada, symbol of wisdom: it cuts through ignorance, dissolves the darkness that obscure the mind. It frees us from the bonds of attachment (from everything that separates us from our ultimate nature, the absolute: beliefs, inner demons, material goods...). The presence of a sword or an axe (Parashu) thus marks the intelligence, the clarity of the mind. 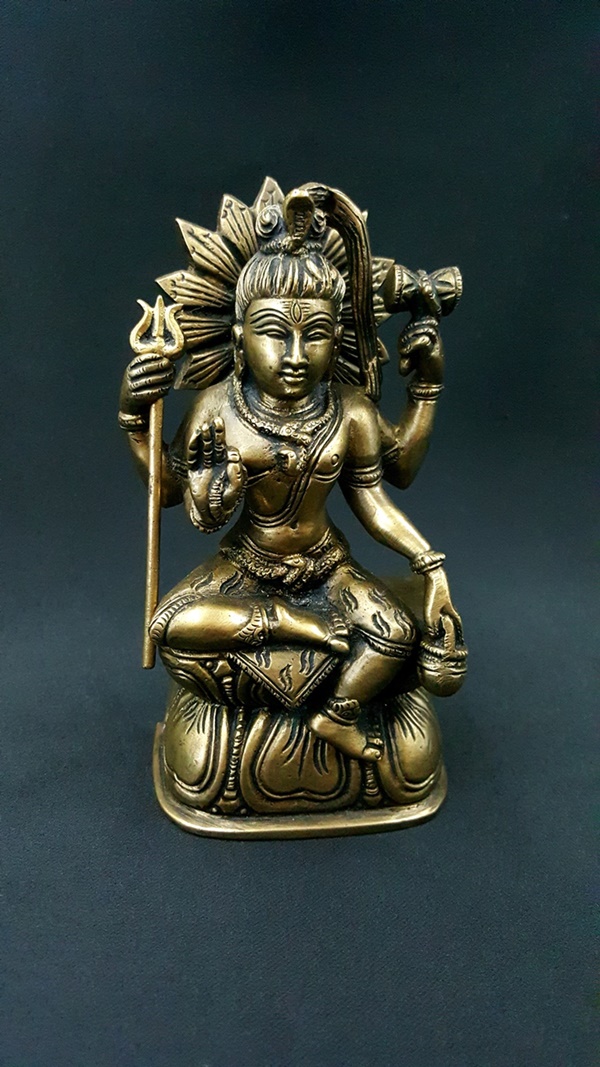 The damaru: the drum evokes the primordial sound preceding the creation but also the final sound of the birth/death cycle in the manifesto. This sound therefore also symbolizes rhythm, cyclic time, change in the manifested world. Shiva is also the master of time (Mahâkâla).

The water pot : kamandalu which, through water, symbolizes fertility.

These are the main attributes of Shiva, he symbolizes both the Absolute, the Atman but also the means and qualities necessary for the spiritual seeker to achieve liberation.

Handsome man, with white skin, often depicted naked, covered with ashes or dressed in a single animal skin. The neck is blue (reminiscent of the poison he swallowed to save the world), his long hair is in battle (yogi shape) or in a bun. His forehead is adorned with the third eye (fire, clairvoyance...), a crescent moon, his ears with curls marking the feminine/masculine, many snakes accompany him as well as weapons, the trident, the tambourine... and according to the attributed qualities, he will also wear a skull cup, a mirror, a stake… corresponding.
It is often found in nature, in the mountains, far from men.

Nataraja: Shiva Nataraja is represented standing in a circle of fire: he symbolizes dance and thus the perpetual movement that constantly animates the universe, the change marking the alternation from birth to death, creation and destruction.... He holds the fire, the damaru, and with his foot, he crushes Apasmâra, the dwarf of ignorance and oblivion.

The Lingam is an abstract form of Shiva: the phallic form is associated with the Yoni, representing the feminine element: the two are totally inseparable. This symbol represents Shiva in its closest form to the absolute: no attributes, no qualities, a very pure form.

His mount is Nandi : the white bull symbolizes strength, power and ignorance (ego, individuality) but also the whole of the instinctive forces of nature. Shiva straddles Nandi, that is to say that he masters the impulses (he is then called Pashupati) and in particular the very powerful impulses of sexuality. He uses them to transcend, to go beyond the body form (of which the sexual center is a primordial aspect). In a broader way, it is the attachment to materiality that is represented by the bull.
When Nandi is alone, he represents Shiva, i.e. the absolute, bliss. His name means "full of joy". He embodies justice, righteousness. 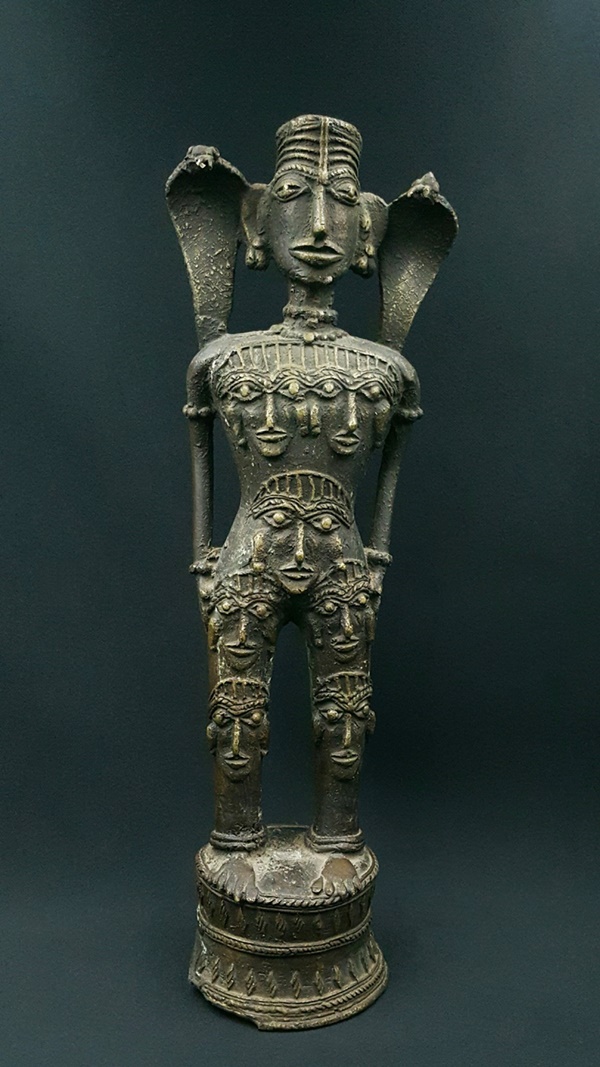