On the occasion of the approaching Mother's Day, today I would like to evoke the notion of Mother in India: this word Mother, Ma or Mata has a sacred dimension in this country, it has a very strong meaning. He is associated with the goddesses, Devi is the mother goddess, Mahadevi being the Supreme Mother. This sacredness is found at the ultimate level even in every traditional Indian family where the biological mother is the manifestation of the divine mother and honored as such. 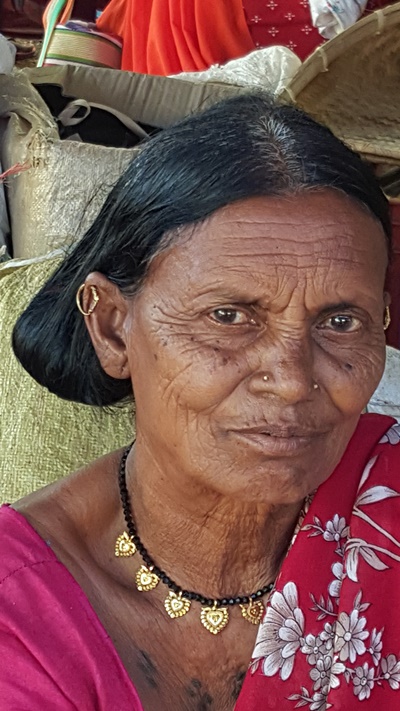 From time immemorial, great female figures have embodied this wisdom.
In India, Ma Anandamayi is considered one of the most emblematic holy women of the 20th century (she is, or to use the Hindu expression, “left her physical body” in 1982) and today Mata Amritanandamayi is without doubts the most famous Indian spiritual figure in the whole world.

Daily life in India remains deeply marked by the sacred: the Trimurti - the three main deities - is the basis of Hindu spiritual teaching: it makes it possible to explain the manifested world in which we operate: Brahma represents the creative principle, Vishnu , the Preserver and Shiva the Destroyer who allows renewal. However the active principle, Shakti, the creative energy, is manifested by the feminine aspect of the Hindu deity. The mother therefore figures the feminine side in the world of forms.

Thus Saraswati (Shakti of Brahma), Lakshmi (Shakti of Vishnu) and Parvati (Shakti of Shiva) all represent "the Mother" as the progenitor, the one who is the origin of all things in the universe.

But they also materialize the Absolute, the Self, the Atman, the formless.
Saraswati is also named Vac, the goddess of the word: from the word is born all manifestation. Saraswati is thus at the origin of all the forms, She is the beloved mother, the one by whom all is created, all occurs.

In the same way Lakshmi is venerated for her qualities of fecundity: it is She who allows the manifestation to emerge, to be and to unfold. She is therefore the underlying, latent matrix. It is the foundation, the base of all things, without it, nothing can develop. In this sense, She can personify the earth (Bhûdhevî, goddess of the earth is then considered as one of the aspects of Lakshmi). 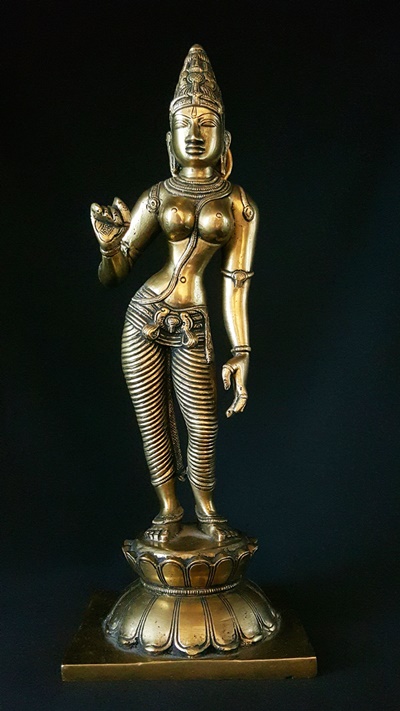 Durga is one of the forms taken by Parvati in her destructive form. Durga expresses a terrible serene force: she symbolizes the victory of knowledge over obscurantism but also power. Her benevolent aspect is however primordial because She is also the protective and generous mother (She comes to the rescue of the weakest), the one who re-establishes the order of the world.

Thus during the great festival of Navaratri, which takes place over nine nights (in spring and autumn), the 3 goddesses are often honored together: this is an opportunity to venerate the goddesses as the divine Mother who bring everything at once: protection, prosperity-fecundity and the light towards the divine. 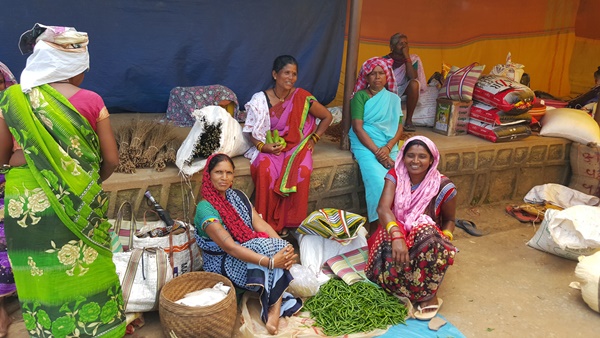 The Mother Goddesses are present everywhere

India, as a country, is considered the mother of all Indians, she is then named Ma Barhati or Bhârat Mata (Mother India) and figures the protective, nurturing ... of the nation.

The Ganges is feminine, it is a goddess whose nurturing aspect is preponderant: Ganga Mâ brings prosperity: it indeed allows millions of Indians to live throughout its course to the Indian Ocean. Water is life, purification: bathing in the Ganges at the edge of the Ghats in the city of Varanasi is one of the most cherished desires of all Hindus. The water of the Ganges is also considered as a remedy for all diseases.

Many villages throughout India have their own mother goddess who is honored throughout the year as the protective goddess of the people. At least once a year, a festival, gathering the whole village is dedicated to her.
She is relied upon to promote the fertility of nature and to avoid its wrath (storms, drought...).

The mother in traditional India

Despite the modernization of Indian society, its economic boom, the rapid development of new technologies and the emergence of a large middle class, many families continue to raise their children in the traditional way.

In India, especially rural India, daily life is still very much imbued with the sacred:
all daily acts are inspired by spirituality: blessing as soon as one wakes up to one's Ishta Devata (favorite deity), homage to the sun, rituals during the day, during the week, during the month (fasting days, tributes to elders...), during the year (great national Hindu festivals, of the village...) without counting the rites of passage: birth, sacred cord, Upanayama for boys, marriage. ..
This codification, these numerous celebrations... may seem very constraining to us Westerners, however, like a monk in a monastery whose existence is entirely ordered towards the search for God, every Hindu is also constantly reminded of the quest for the Absolute.

In this context, the education of children is of paramount importance. For an adult to be happy, it is necessary that he or she has received a lot of attention and love as a child, as well as an environment conducive to his or her development.
The education of children is the business of the extended family and even of the whole village (in Africa too, it is said that to raise a child well, it takes a whole village). Solidarity as well as collective exemplary plays a primordial role.

The child is king: up to the age of 6 or 7, everything is allowed to him or her, the adults are at his or her service, they are there to give him or her what he or she needs.

As a baby, his mother breastfeeds him for a long time (often more than a year or even two) always at his request: the child is never left alone, he is always carried in a stole, in close contact (skin against skin) with his mother (or possibly an older sister...) until the age of 2-3 years. At the slightest cry, he is breastfed or rocked. The baby is also massaged daily with a mixture of oils and medicinal plants and bathed.
Several studies show great precocity (motor skills and language) in Indian babies raised this way despite often precarious material conditions.

I have often been struck, amazed by the extreme devotion of Indian mothers: they pay much attention to their children, in infancy, with great gentleness, great attention and show great patience. She offers them protection, benevolence, abundance, strength like the Divine mother. 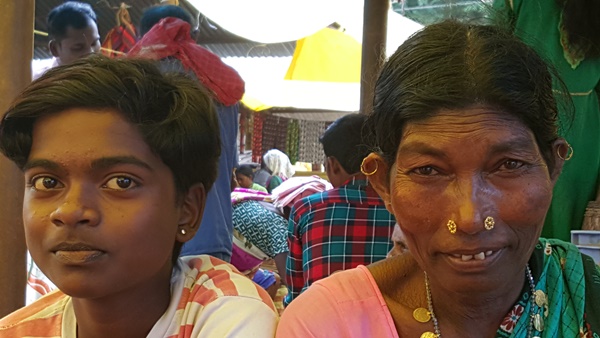