The Trimurti is thus the base of the Hindu spiritual message which makes it possible to clarify the manifested world in which we evolve: Brahma represents the creative principle, Vishnu the preserver and Shiva the destroyer who allows renewal. Then each god or deity personifies one of the qualities of the Absolute: Kama, desire, Sati, virtue, Hanuman, strength and courage... and as the qualities of the divine are infinite, so is the number of gods!
These three primordial gods represent the three types of energy that are always at work in the world and operate together jointly: at all times, there is creation, maintenance and destruction. It is the law of change, of movement.
In the world of space-time in which we live, everything changes continuously, renews itself, lasts a certain time and then transforms itself. This is the cycle of matter (gross or subtle). 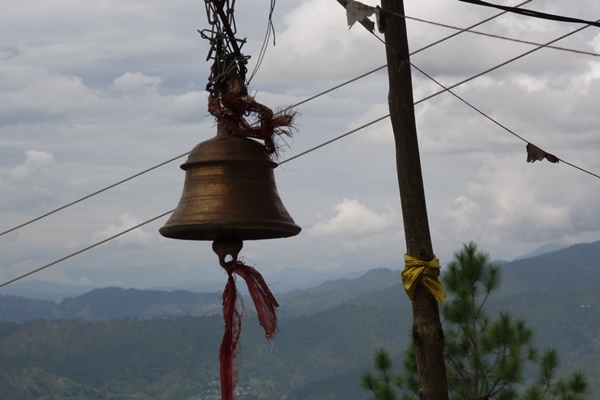 Brahma is thus the first form that was born of Brahman. He is therefore sometimes called Swayambhu Brahma: born of himself. The form is born of a desire, a desire to create that engenders action: of course, the fundamental question of the why of this desire, born of the Absolute, stays forever insoluble... and the mystery of creation remains whole!
He is therefore the source of the universe, the original god. In Vedic times, it was Ishvara who played this role. He is at the origin of everything: he precedes the gods, the earth, the water.... everything that is matter, visible or not.
Like all forms being the manifested Absolute, in perpetual motion, the roles of the Hindu gods are not fixed: Vishnu, in certain texts, just as Shiva can play this role of creator.
Moreover, as Hinduism evolved, this creative principle was devolved to the feminine principle: the Shakti, which results from the union of two opposing forces (the Dvandas): the two faces of all forms, the concave and the convex .

The creation of the universe in the Hindu cosmogony proceeds from the cycle: a world is created, it lasts for a certain time and then is destroyed before a new one is born out of the chaos of the night and so on: at dawn Brahma creates a universe, and at dusk of the "Brahma Day" it is destroyed. One Brahma Day corresponds to 4 billion three hundred and twenty million years! Each day is divided into four eras, called Yuga: from Krita Yuga, where harmony reigns, abundance... we pass to shorter and shorter and less happy times to arrive in the present era Kali Yuga (since 3102 BC): disorder, ignorance... preceding the destruction of the world before the advent of a new one.

The birth of Mankind

From the mouth of Brahma was born Saraswati, the feminine principle, his Shakti. From their union was born Man and all forms of life. Saraswati is both his daughter and his wife (sometimes in some texts Brahma separates into two bodies: male Swayambhu and female Saraswati). It is interesting to note that humanity is born out of incest and this creates a problematic. Thus in the myths, Shiva had to intervene. Brahma fell in love with his creation, Saraswati tried to escape him in all directions but Brahma created a new head each time: on the right, on the left, behind him. Saraswati, taking refuge in the heavens, Brahma created a fifth head. Shiva, who was meditating, was greatly disturbed, became furious and cut it off with a sword (or a fingernail...). Shiva wandered for years before arriving in Varanasi to atone for the most impure act in India: the murder of a Brahmin.
To Brahma is thus attributed the Guna Rajas, that is to say the creative energy, the desire to act, the passion, the strength.
The names of Brahma, like those of the other Hindu gods, vary according to the attributes given to him on this occasion.
As a creator, He is first and foremost Swayambhu Brahma. Then Prajapatî Brahma, the progenitor.
He is also called Narayama, the one who resides in the primordial waters from which he created the cosmos. In this case, it is the ocean which is primordial because it is the cause of everything, but sometimes it is a golden egg.
He is alternately called: the great Master, the ordainer (Vidhi), the shaper (Dhatri), the master of the world (Lokesha), the divine impulse (Dru-ghana), the great architect (Vishva-karman), Purusha, the primordial man, Prajapati, the lord of creatures... 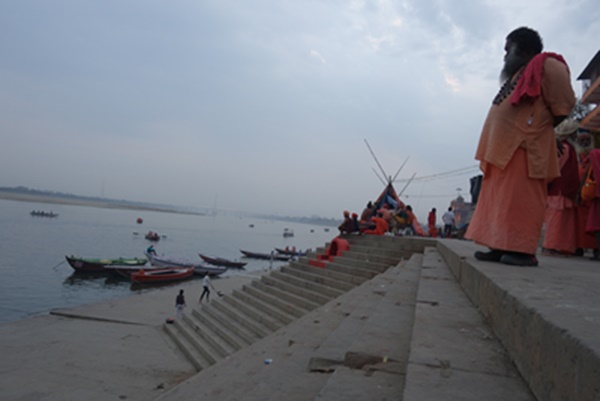 At the origin of the Vedas and knowledge

Then from Brahma emerged the Vedas, collections of sacred texts dating back more than 3000 years, of which there are 4: Rig-veda (collections of poems), Samaveda (ritual chants), Yajurveda (sacrificial formulas) and the later Atharvaveda (including aspects of magical practice). They were given to the Rishis who transmitted them to Mankind: thus the origin of the Hindu religion also comes back to him.
We can then name him: Adikavi, the first poet, the lord of the verb, Vishvakarman, the One who does everything.


The shape of Brahma

He is most of the time represented with four heads (it is Shiva who cut the 5th), directed towards the 4 cardinal points: He is omnipresent, omniscient. In his four hands, he holds a book, one for each Veda, or a rosary, a water pot, a spoon for the oblations. His colour is red or pink.
His attributes are all related to knowledge and ritual. He is often depicted as a man in the prime of life, bearded, eyes half closed in a state of deep meditation, sitting on his mount the wild goose or a swan (which indicates knowledge and discernment, the ability to separate the good from the bad. Legends indicate that the swan is able to separate milk from water! Because of its shape, it evokes grace, beauty) but also sometimes on a lotus.
It can then be named: Catur-anna (4 heads), catur-mukha (4 faces), Hamsa-vahana (rider of the goose)...

The cult of Brahma

In India today, Brahma is not worshipped except in a few places such as Pushkar in Rajasthan, Pondicherry or Thirunavaya in Kerala. 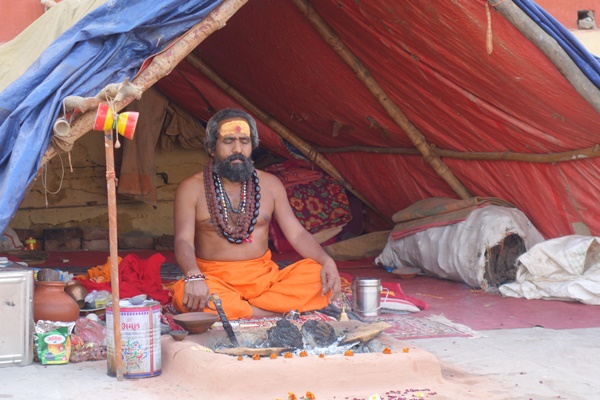 Of course many sculptures of Brahma adorn temples all over India but without the main deity being honored there.

Indeed Brahma does not concern himself with the affairs of men and very little with those of the Gods. He lives on Mount Meru, the centre of all the worlds (the Loka). His role as a creator is over. Personifying the Absolute, it's difficult to choose him as Ishata Devata and its concrete rituals.

However, certain myths, especially the curse of incest and Saraswati, are a major reason why Brahma's followers are so far removed from him.
Moreover, Hinduism explains that every form has two opposite aspects and Brahma is no exception to this and his creative force also generates "negative" forces: excess of creation, excessiveness, pride... in other words, a lack of limits, too much importance given to action, to desire that must be mastered. For in modern Hinduism, Sadhana, the spiritual path consists in freeing oneself from identification with the ego, which is mainly manifested by the desire from which it is about freeing yourself.
Today this divine aspect, the Guna Rajas is worshipped through the Shakti. 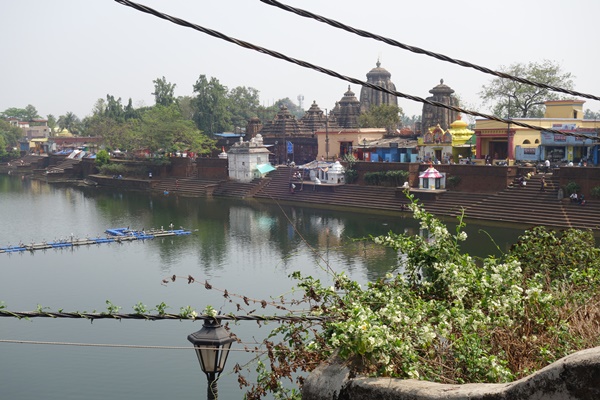