Clay: an essential step for the making of statue in tribal Dokra Art in India 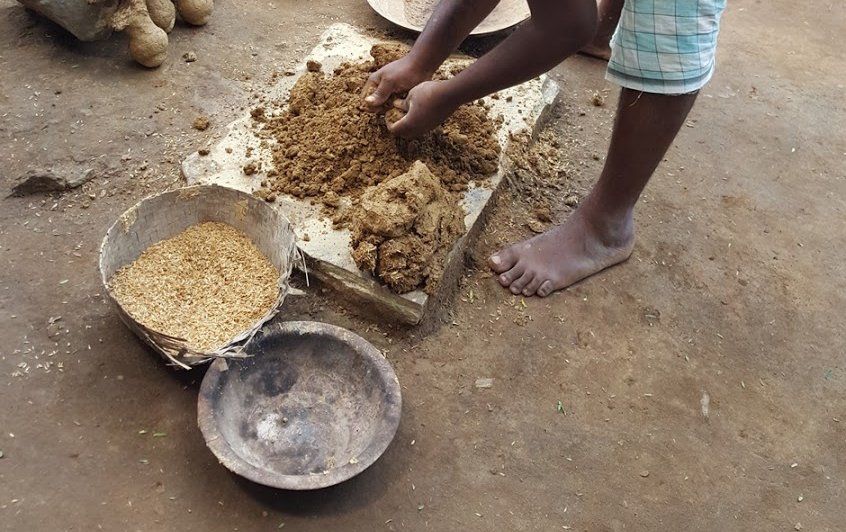 Clay: an essential step for the making of statue in tribal Dokra Art in India

The first step in making statues among the Dokras begins with the collecting of clay: it is one of the essential components of the manufacturing process. The clay is abundant, easy to collect, available to everyone and it has ideal technical characteristics: lightness, malleability, fire resistance, etc. However, it cannot be used as it is because it lacks elasticity, splits during drying, when cooking. The Dokras have therefore understood for millennia that it was necessary to add a few "ingredients" to make it suitable for modeling statues. 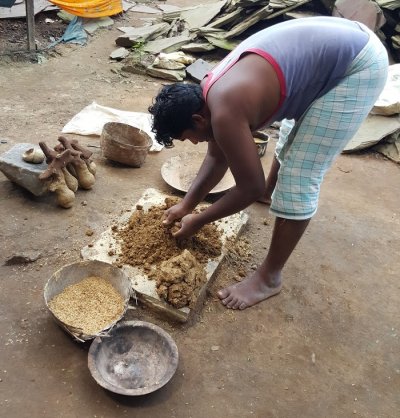 Once the clay is harvested and dried, it is mixed with rice husks and water: the balls come from the husking of the rice. After harvest, the rice grains are beaten with a flail to separate the outer husk, the rice husk, from the grain. This rice husk is used in India for many uses because it is rot-proof and unassailable by insects: litter in stables, mulch ... but also combustible. This mixture will allow the clay to avoid cracking on drying.

Clay modling : essential step for the quality of statues

Then begins the work of the artist Dokra who will be able to shape a rough modeling of his statue from this mixture: the form appears in the eyes of the neophyte to be quite far from the final result. But it will be a primordial basis of work: during this stage, the artist's dexterity begins to reveal itself, as the shape will determine the size, proportions and overall balance of the future statue. The modeling is then put to dry one day in dry weather (it is different during the monsoon).

Multiple clay layers give guarantees for the casting of statue

The second step is to make a new mixture based on silt or river sand previously filtered, with cow dung and water: this mixture has a much finer grain size than the previous one: it will both allow to obtain a much smoother work surface and better flow of the wax during the so-called “lost wax” stage: it is very important, when the wax flows outside the clay mold, that no impurities remain before the metal is poured. This preparation will therefore make it possible to minimize the roughness, small crevices, deformations associated with the drying of the clay. Once dried, one day again, the modeling is sanded with very fine sandpaper. 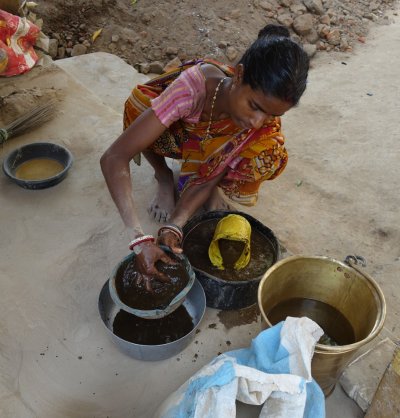 The third step consists in applying to this modling a new mixture made from silt and leaves previously crushed and ground in order to extract their sap: the objective, once again, being to facilitate the flow of the wax. An additional day of drying is then necessary.

The preparation of clay, silt mixes, river sand, cow dung, decoction of leaves varies slightly depending on the region, depending on the proximity of a river or lake, plant species ... but overall the process is the same in Chattisgarh, Odisha, Madya Pradesh or West Bengal…

A family job for this statue-making process

The whole family participates, each according to their abilities, their possibilities. Children are quickly imbued and learn all the more easily since they started early even if today many of them go to school and will not continue the Dokra tradition.