A brief history of art in India 2: The gupta Empire 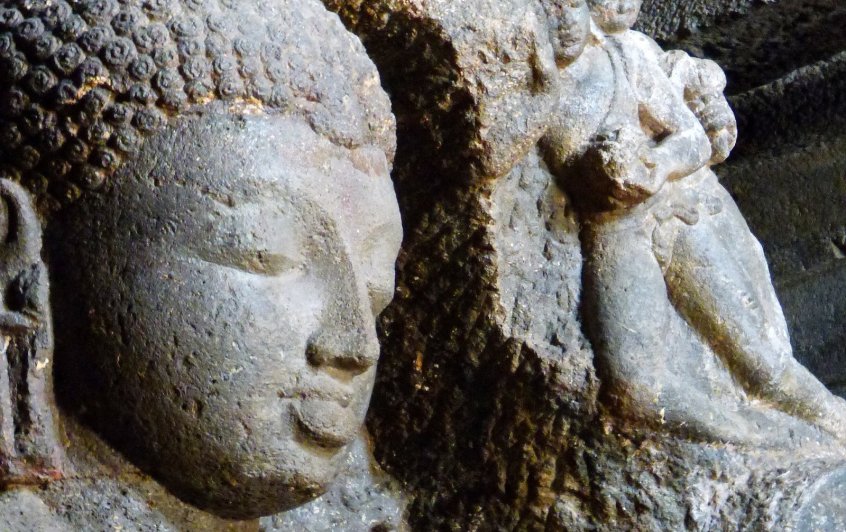 A brief history of art in India 2: The gupta Empire


Mathura (located south of Delhi) was one of the great places of production for many centuries just like Gandhâra (located in the region of Peshawar, Afghanistan today - use of black shale).

These centers continued to produce numerous sculptures regardless the successive empires: Shunga dynasty (185-72 BC), Gupta dynasty (320-499 AD) which represents an artistic peak. 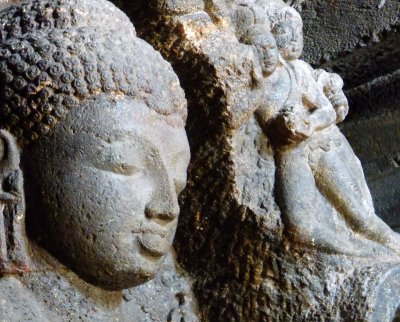 The Gupta Empire was located in the north of present-day India and the Buddhist religion was dominant: artistic characteristics will be found mainly in the evolution of Stupa architecture and sculptures of Buddha wearing a halo and Bodhisattvas with a recognizable style whether they are sculpted alone, sitting, standing or in scenes on bas-reliefs .

There are two main styles from the Gupta era: Sarnath and Mathura.

Sarnath: the Buddha is represented in a very refined style, wearing transparent clothes not pleated (which we often see that the folds at the wrists or at the legs in the sitting position), the head, surrounded by a halo, is surmounted by the typical protuberance, the eyes are half-closed or almost closed: very fine workmanship expressing a state of deep inner peace.

Mathura (about 140 km from present-day Delhi to the south): classical form, search for balance, slender form, use of red sandstone, the Buddha appears with a pleated garment, most of the time standing. Transmission of serenity.

The sculpture aims to give a representation of the Buddha or Hindu deities but also to transmit a teaching: in low reliefs, the life of Gautama is transcribed with the different stages of his journey, the Buddha is also represented with different attributes: wheel of life….

In addition, many decorative elements are present: animals, Yakshi (the female deities living in the trees) ...

During this period, many cave-temples developed, using natural geological resources to develop a characteristic sculpture: we can mention the sites of Ajanta (also famous for its murals), Ellora (4-7 ° AD) .

The development of current Hinduism

As the Gupta period came to an end, the domination of Buddhism declined: Jainism and Hinduism took off, leading to a strong development in the construction of places of worship, and creativity in modes of expression developed very quickly.

Indeed, during this period, the Vedic religion was profoundly transformed to become the Hinduism practiced today.

Previously only the Brahmins (the priests) held the knowledge and transmitted it to the faithful: they were the intermediaries with the gods, officiated during rites (offerings ...), were the guardians of knowledge ... From this time develops a new way: Bakhti or devotion: the relationship with the gods becomes much more direct, the gods also intervene on earth notably Vishnu through his many avatars (Krishna, ...). The famous epics including Ramayana, Mahabharata are written and widely disseminated. India becomes sacred: the places where the Gods intervene become the object of pilgrimages….

From the 8th century many stone temples were built all over India to honor the gods: many statues were carved either inside to represent the deities or on the often richly decorated exteriors. Sometimes if the stone is missing, the brick is used, the representations are made in terracotta.
These new divine images, the immobile murti (in Sanskrit) or Utsavanurti (mobile statues) testify to this new approach. From there is born an unprecedented creative profusion: new representations and new stories ...